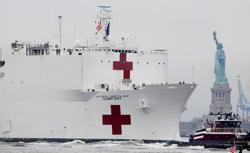 In this file photo taken on Sept 23, 1999, magicians Siegfried Fischbacher (left) and Roy Horn pose during their Walk of Fame ceremony in Hollywood. Fischbacher, half of the German-born magician team Siegfried & Roy, died from pancreatic cancer on Jan 13, 2021, in Las Vegas, according to his publicist, Dave Kirvin. Fischbacher was 81. Photo: AFP

Siegfried Fischbacher, who worked with Roy Horn to create the famous animal training and magic duo of Siegfried & Roy, has died, according to the Associated Press and German outlets. He was 81.

Siegfried & Roy were among Las Vegas' most famous performers, incorporating more than 55 white lions, white tigers, leopards, jaguars and an elephant in their astounding acts. They started performing in Las Vegas in 1967 at revues like Hallelujah Hollywood and Lido de Paris.

The pair started performing at the Mirage hotel in 1989, selling out almost nightly in what was formerly the largest hotel in Las Vegas.

Fischbacher and Horn first met on a cruise ship, where Horn was working as a steward. He smuggled his pet cheetah aboard the ship and asked Fischbacher if he knew how to make one disappear. Fischbacher replied, "In magic, anything is possible," though they were then reportedly fired from the ship.

Siegfried & Roy's big cat performances continued until a 2003 accident at the Mirage in which a white tiger attacked Horn during a show. Horn's spine was severed and he sustained severe injuries. He later said he thought the tiger was trying to save him after he suffered a stroke onstage, and he had to relearn how to talk and walk.

Horn eventually recovered and the pair was able to continue travelling and appearing at events. They retired in 2010. – Reuters 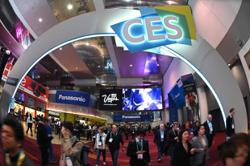