Patrick Dempsey's McDreamy will be back on 'Grey's Anatomy'... again 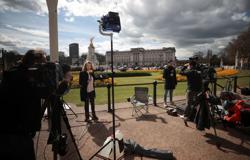 Grey's Anatomy has been tackling coronavirus for the entirety of Season 17, and although the pandemic has inspired intense storytelling that mirrors the real state of the world, the medical drama also had a major boost of brightness recently with the return of Patrick Dempsey's Derek Shepherd.

The beloved character, who was killed off in Season 11 after a fatal car crash, appeared in Meredith Grey's (Ellen Pompeo) dreams, as she was fighting Covid-19 from her hospital bed.

Shepherd, better known as "McDreamy," surprised fans with the appearance earlier in the season, showing up on a beach in Meredith's dreams.

But, good news for "Grey's Anatomy" fans: McDreamy will be back again.

"You will see McDreamy again in the back half of the season," says showrunner Krista Vernoff.

Other than confirming Derek's return in the episodes airing in 2021, Vernoff is staying mum on who else might make an appearance.

But she is hopeful to recruit more of the actors who used to star on the medical drama, which has seen a number of characters die over the past 17 seasons.

"We all have hopes, but we don't have anything new to report yet," Vernoff adds.

When asked specifically about Eric Dane's character, Mark Sloan, otherwise known as "McSteamy," one of the all-time fan-favourite characters in Grey's Anatomy history who was killed in a plane crash at the beginning of Season 9, Vernoff laughs,"You can ask, but I can't answer!" 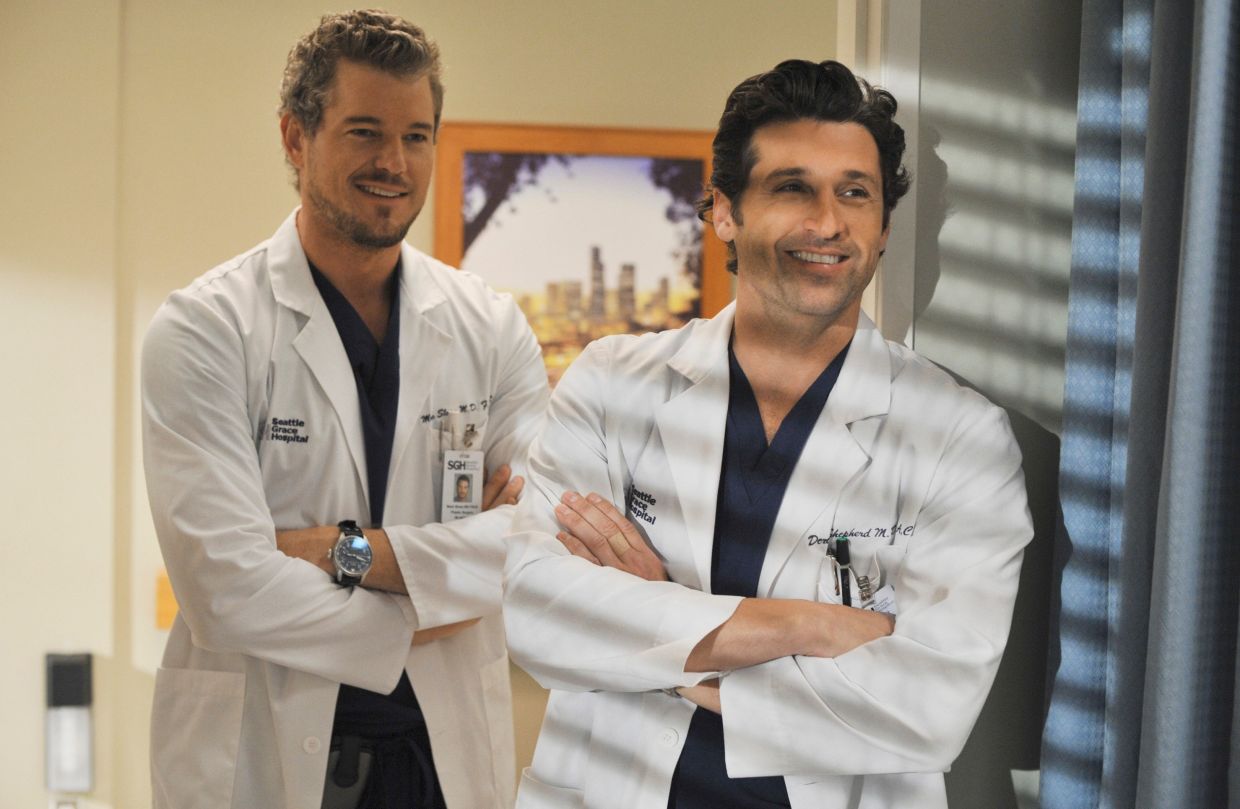 Will fans be able to see McSteamy (Eric Dane, left) as well this season?

At the time of Dempsey's return, social media erupted with excitement, and a screenshot from IMDb.com was floating around Twitter, circulated by fans.

The image appeared to show that many former Grey's actors – including Katherine Heigl, Sandra Oh, Jeffrey Dean Morgan, Sara Ramirez and more – were billed as part of the current season, causing fans to theorise that those characters would possibly show up in Meredith's dreams.

Vernoff has seen the screenshot on social media, but says the information is incorrect.

"My stepson sent me that picture, and my answer was, 'Oh my god! I wish!' But no," Vernoff says.

With a laugh, she lovingly pokes fun at the show's devoted audience, adding,"Debbie Allen said to me, 'They're so greedy! You just gave them McDreamy!'"

Grey's Anatomy is the longest-running medical drama in television history, having surpassed ER.

The show has not been renewed for an 18th season yet, though it remains one of ABC's top-rated shows, a stunning victory for any series, let alone one so far along in its TV life.

Creator Shonda Rhimes has said on multiple occasions that she will end the show whenever Pompeo is ready to call it quits.

Pompeo, who serves as a producer, has starred as the show's titular character since it premiered in 2005.

Her contract is up this year, but earlier this fall Pompeo told Variety that no one knows when the show will sign off.

"We don't know when the show is really ending yet. But the truth is, this year could be it," Pompeo recently said.

"I'm constantly fighting for the show as a whole to be as good as it can be. As a producer, I feel like I have permission to be able to do that. I mean, this is the last year of my contract right now. I don't know that this is the last year? But it very well could be." The doctors and nurses at Grey Sloan Memorial Hospital Grey's Anatomy have been tackling coronavirus.

During an interview about last night's midseason finale, when asked about the future of the show, Vernoff also said she was unsure when Grey's Anatomy will ultimately end.

"'I don't know' is the honest answer," Vernoff says. "I don't know. And so, I planned a phenomenal season, and I've planned what can be a season finale or what could be a series finale."

"But you always have to plan for both contingencies.