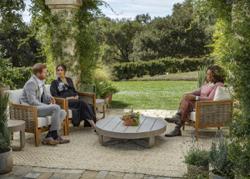 Meghan Markle brought privacy and data protection claims against the Splash News and Picture Agency in March over the pictures. Photo: AP

Meghan Markle has settled a claim against a news agency which took photographs of her and her young son Archie in a Canadian park, the High Court in London was told on Dec 18.

The Duchess of Sussex brought privacy and data protection claims against the Splash News and Picture Agency in March over the long-lens photographs.

A lawyer for the American former television actress, who married Prince Harry in 2018, said Splash UK went into administration after the claim was issued and served.

Judge Matthew Nicklin told the hearing: "In light of the administration, the parties have agreed to settle the claim against Splash UK.

"The administrators of Splash UK have undertaken that, should the entity come out of administration, Splash UK will not take any photographs of the duke and duchess or their son in the future."

The photographs were taken on Jan 20 this year, showing Markle walking with Archie in a baby sling, and her two dogs, in Horth Hill Regional Park on Vancouver Island.

Her lawyer, Jenny Afia, said a Splash photographer had made a "full reconnaissance inspection" of the house where they were staying, and put his camera over the fence to take pictures.

Law firm Schillings said the settlement was "a clear signal that unlawful, invasive and intrusive paparazzi behaviour will not be tolerated".

A separate but similar claim against Splash US is also before the British courts, it added.

The claim, brought by Markle on her behalf, and the couple for Archie, is one of several by the duke and duchess against media groups since they stepped down from the royal frontline.

Harry, who is Queen Elizabeth II's grandson, has said the sound of cameras was a constant reminder of his mother, Diana, Princess of Wales.

She was killed in a high-speed car crash in Paris in 1997 as she tried to escape paparazzi.

Since moving to California, Harry and Meghan have signed big-money contracts with streaming giants Netflix and Spotify to produce films and podcasts. – AFP 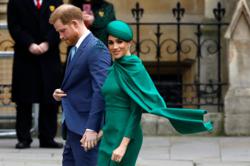