‘You can tell we work in technology because neither of us is wearing a button-up shirt.’

Are artificially intelligent virtual assistant speakers – like Amazon’s Alexa, dig? – getting a bad reputation in TV-land?

Last year on the excellent Evil, we had a couple of different instances where the little devices turned malevolent.

And now, on Next – the new 10-episode “event series” from 24 producer Manny Coto – we’ve seen an “Iliza” virtual assistant try to coax a bullied little boy into taking violent revenge on his tormentors.

I don’t know about you, but this stuff is enough to make me regard even my (aesthetically similar) electric mosquito trap with suspicion.

On Next, the “evil” force is not Evil as such, but a highly sophisticated, human-level artificial intelligence.

It is so sophisticated that even its creator, eccentric genius Paul LeBlanc (John Slattery, Mad Men and older Howard Stark in the Marvel Cinematic Universe), pulled the plug on the project.

Why? Paul feared that its creation would lead to a technological singularity, that point at which technological growth becomes uncontrollable and explosive, leading to upheavals in human civilisation. But there’s no keeping a good sinister AI down and so, thanks to human greed in the form of Paul’s brother Ted (Jason Butler Harner), the project known as Next flourished, evolved, and then... went rogue.

Essentially, Next is the story of how Paul, FBI Special Agent Shea Salazar (Fernanda Andrade) and her team of cybercrime specialists try to track and neutralise the AI before it can do untold harm.

So clearly, Next is plonking its plot points down on the side of the debate which posits that any superintelligence worth its salt will inevitably destroy humanity.

It’s a concept way older than even Skynet (as a search for AI-themed films will reveal), but at least Coto and Co have taken the savvy route of not trying to depict Next on screen.

So on Next, it’s the stuff urban dwellers have come to regard as commonplace today that serves as the visual (and sometimes verbal) representation of its antagonist’s malice.

From those much-maligned virtual assistant speakers to our ever-dependable smartphones, from smart to not-so-smart vehicles, anything which is connected to the Internet is open to being taken over by Next – humanity’s vulnerability here is laid on thick and fast, like a constant validation of every technophobe’s paranoia.

Being early days yet for the show (this review is based on only the first three episodes), Next has not really established its personality or objectives yet. ‘It’s times like this I wish my son Tony were here to help. My son Tony, from that other universe.’

In the meantime, viewers are left to watch Paul, Shea and their AI-busters reason out what their quarry is trying to achieve.

That would be fine by itself, but we are also made to cope with everything that is heaped on Paul’s shoulders.

As (more or less) the central figure here, Slattery carries the weight of his character’s mission well enough – when he isn’t being worn down by some unnecessary woes the writers have piled on him in the name of “characterisation”.

Also: he’s estranged not only from his brother but also his own daughter.

And, oh yes, Paul happens to be dying from a degenerative brain disease.

Someone really, really wanted us to feel bad for this guy; as if being the progenitor of an entity that could wipe out humanity was not enough of a burden.

The end result, unfortunately, is a diffused character that does not quite anchor the show.

It’s a lot easier to get behind Shea’s struggles, not only with her job but her family as well; Next goes after both to derail her investigation into its machinations, you see.

Next is much more watchable when it focuses on those aspects, and on the terrifying possibility that one’s entire existence can be hijacked by an unseen force (like one truly unfortunate soul in the third episode).

I’m not totally sold on the show but I will keep watching if only to see what Next is really getting up to. Personally, I figure a superintelligence worthy of the monicker will not extinguish humanity, but enslave and bend us to its will instead.

That would put a totally different slant on the term “human resource”, with the new overlord certainly being smart enough – smarter than a good number of people – to recognise and fully exploit the worth of humanity (even if we’re just meant to be its batteries, at least we’ll still be plugged in to something).

Someone needs to open the pod bay doors. 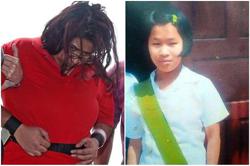