‘Our courteous and efficient staff is on call 24 hours a day to serve all your supernatural elimination needs. We’re ready to ... borrow other people’s advertising copy.’

In search of the right thing to binge during a movement-controlled Halloween, plagued by things going bump in the night (thank you, noisy prat who lives upstairs), I was pleased to stumble upon the new Amazon Prime Video series Truth Seekers.

Well, actually, I had been waiting for it since the trailer dropped months earlier, and it turned out to be mostly worth the wait.

The series, created by Shaun Of The Dead and Hot Fuzz’s Simon Pegg and Nick Frost among others, sees Frost taking centrestage as Gus Roberts, the senior installer at broadband provider Smyle.

His company is aiming for 100% nationwide coverage of its “6G” service (yes, the show is clearly a fantasy – not so much because of the 6G bit but the 100% coverage part) and Gus has been instrumental in getting it there.

His boss Dave (Pegg, in a striking hairpiece) “rewards” him by ordering him to break in a newbie with the unlikely name of Elton John (Samson Kayo).

But hang on – Gus has a sideline. He moonlights as a paranormal investigator with his own channel called, you guessed it, Truth Seekers.

And it isn’t long before Gus and Elton get pulled into some really hair-raising encounters involving (among other things) a girl plagued by ghosts, “mysterious” service disruptions at a senior citizen’s home, a haunted hotel, and a supernatural guru with sinister aspirations. 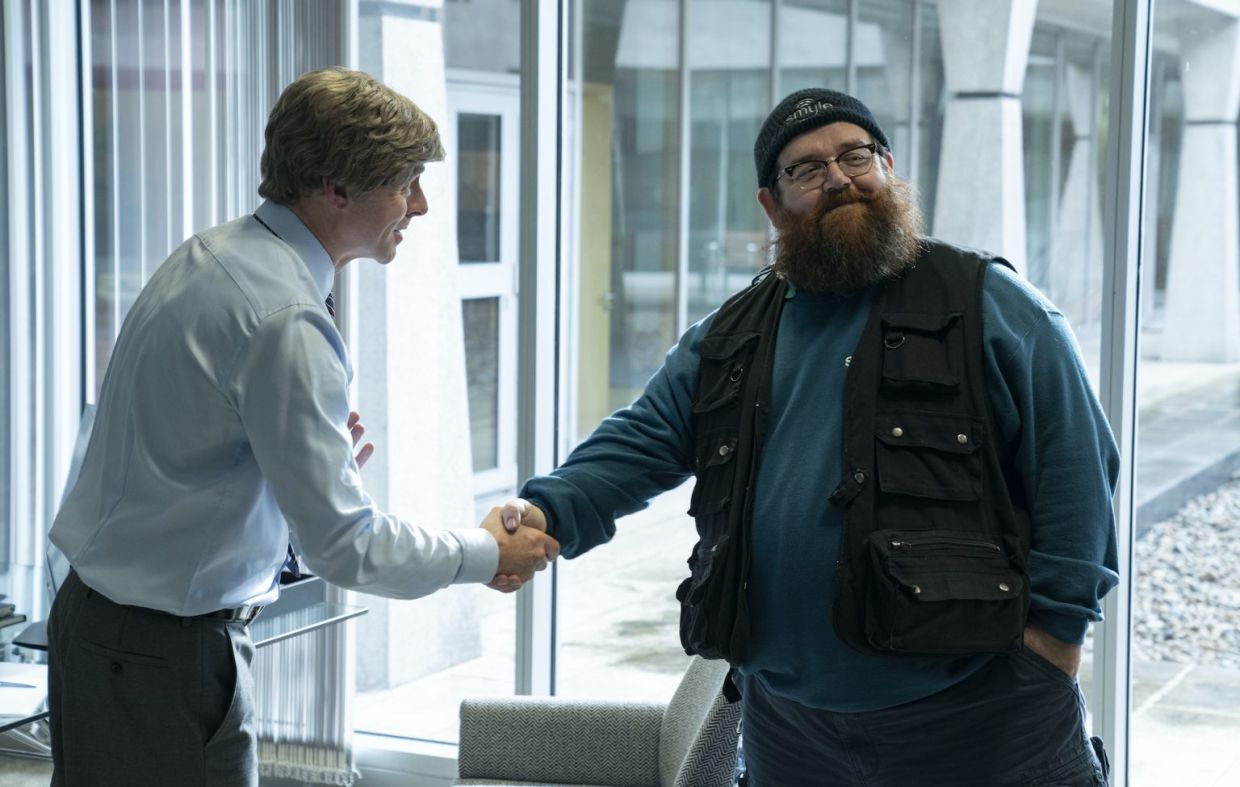 You know your hairpiece is a bit much when even your best mate can’t look you in the face.

For a comedy, Truth Seekers doesn’t spare the chills when it comes to depicting its hauntings. In fact, some of its creepier apparitions might lead you to think you would be better off watching this in the daytime.

At least, until the ghosts start bothering the characters while the sun is still out. Thanks for that, guys.

Truth Seekers is a fairly smooth binge, with only a couple of episodes seeming to drift off indifferently – compared to the inspired hauntings most of the time – but only for a short while at most.

Pegg appears only occasionally, so this is really Frost’s show, with Gus front and centre in almost every episode.

He has wonderful support from Kayo, Emma d’Arcy as haunted girl Astrid, Susie Wokoma as Elton’s agoraphobic cosplaying sister Helen, and veteran Malcolm McDowell as the cranky Richard, who – well, let’s just say his part in all this lends the show a good deal of its heartwarming aspect.

Where Scooby Gangs are concerned, this is certainly one the viewer will have no trouble getting behind.

As the abovementioned guru, Julian Barratt of The Mighty Boosh comedy series (and troupe) brings a good deal of sinister and suave to the table; while Kelly MacDonald (Giri/Haji, Trainspotting) shows up as a conspiracy-theory-spouting “loon” who has an agenda that she hides from Gus. 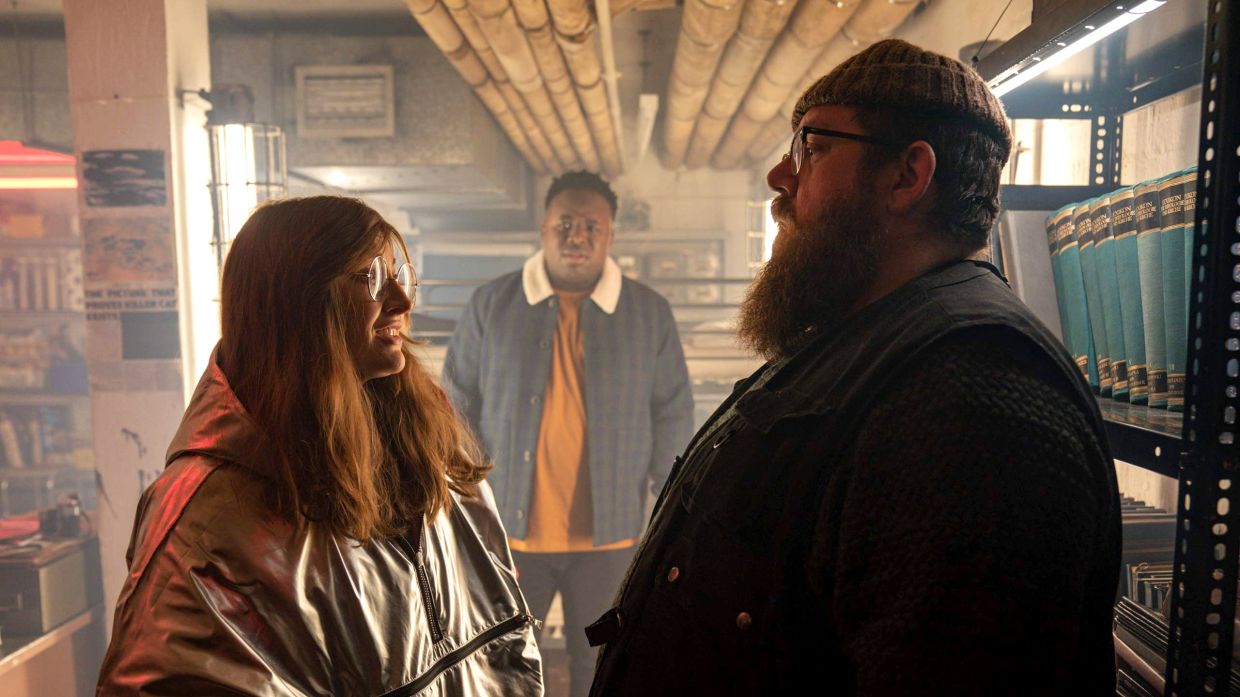 ‘Why won’t you take me seriously? Is it the conspiracy theory? My outfit? Oh ... it’s the Coke-bottle glasses, innit?’

This is a series with a lot of genre history in its DNA, and it embraces these elements with affection and respect: from the obvious The X-Files and Ghostbusters traces to reminders of beloved Brit series like Thriller, Hammer House Of Horror, Tales Of The Unexpected, even Sapphire And Steel.

All that, plus tips of the hat to (among many others) The Terminator, Invasion Of The Body Snatchers, Close Encounters Of The Third Kind, Doctor Who and John Carpenter’s They Live, add to the series’ appeal.

The one thing it could have used a bit more of, however, is a hard-driving sense of urgency.

While each episode is propped up with enough humour and spooky fun, the really tantalising morsels that hook us to its overarching plot don’t start dropping till about halfway in.

And when you’re talking about a skimpy eight episodes, that doesn’t leave much time to build momentum before it’s suddenly all over.

Still, the finale does open up a whole new aspect of the Truth Seekers universe, which should send Gus & Co off in a new direction on their subsequent adventures.

There’s enough to like – and love – about this initial season to make us want to believe.

You’ll want to believe, too.