BTS accept the win for Best Group at the MTV EMA's 2020, in Los Angeles, California, U.S. in this screengrab image released on November 8,2020. Photo: Courtesy of MTV via Reuters

BTS was, once again, the big winner at this year's MTV European Music Awards (EMAs), going home with prizes for best song and best group.

The mega-group was recently featured in a Variety cover story, where Jin (Kim Seok-jin) said of the BTS ARMY – short for Adorable Representative MC for Youth – "it is because ARMY exists that we exist."

Due to the ongoing coronavirus crisis across the continent, this year's EMAs featured filmed performances from various locations around Europe, rather than an arena in a host city.

There was a political bent to a number of performances, given the awards took place just a day after Joe Biden was declared president-elect of the United States, toppling a four-year Donald Trump regime.

Over the course of the show, Alicia Keys performed her track Love Looks Better while Sam Smith sang a cover of Diamonds. 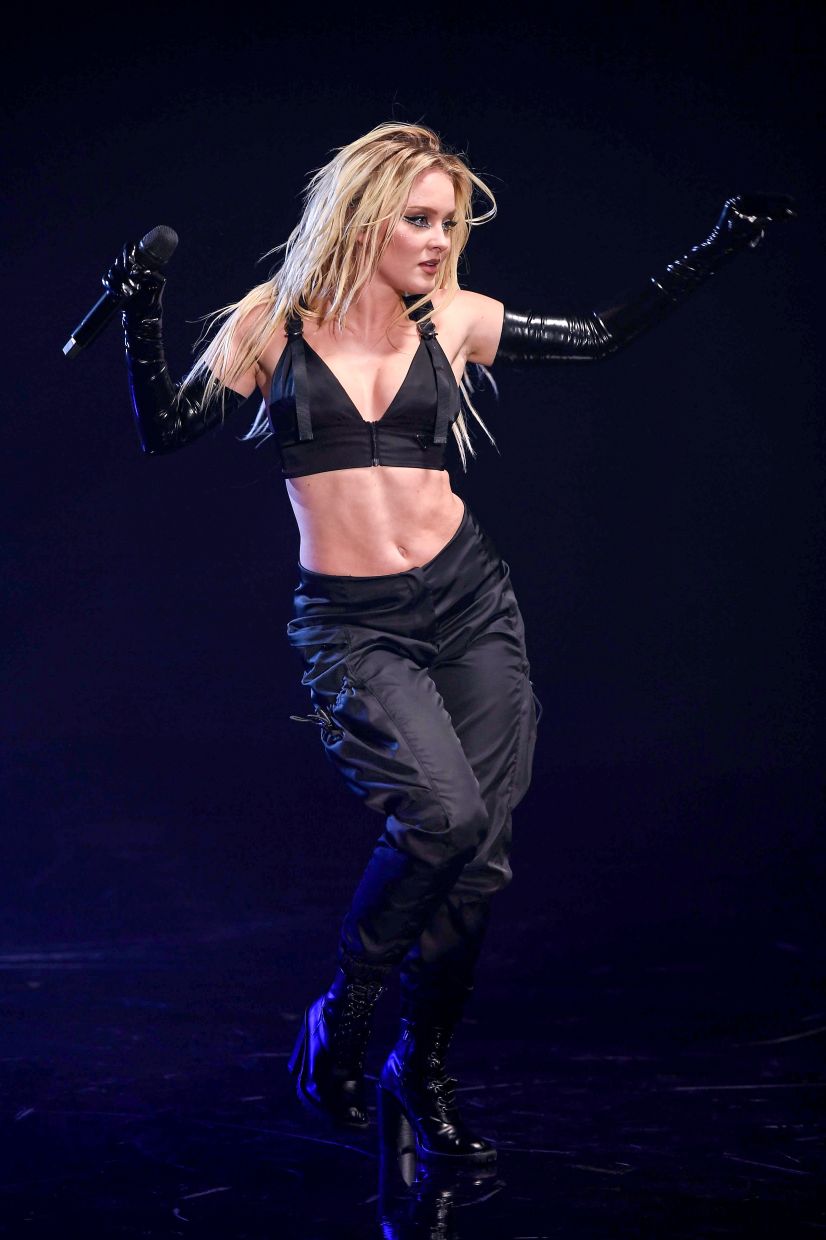 Zara Larsson performs ahead of the MTV EMA's 2020 in London, England, in this image released on November 8, 2020. Photo: MTV via ReutersLewis Hamilton presented the Video For Good award to H.E.R. for I Can't Breathe, after delivering an impactful speech that shone a light on how music is still a unifying force that offers hope, solidarity and comfort during an extremely challenging year.

Multiplatinum-selling rapper and singer Doja Cat, who took home this year's best new award, opened the show by crawling out of a television set onto a stage of daisies and grass to deliver a surprisingly hard-rocking performance of her hit Say So.

The British singer, songwriter and multi-instrumentalist flew around the venue before reuniting with his band in a giant red spikey inflatable.

David Guetta, who took home the award for best electronic, also performed Let's Love live for the first time with Raye while immersed in a waterfall of lights in the pool of Hungary's Szechenyi Bath.

DJ Khaled, who went home with best video for his Popstar, introduced two performances that were shot in Miami.

Meanwhile, best Latin and best collaboration honoree Karol G gave fans a look at the city's industrial side with a performance of Bichota, complete with stunt motorcyclists and vintage 1960s-style classic cars.

Global Latin artist Maluma gave his first EMA performance with a medley of hits that ended with a picturesque balcony scene overlooking the city.

The awards show also handed out the third edition of its Generation Change Award, which this year honoured five women fighting for racial and social justice across the world.

Winners include Kiki Mordi, an investigative journalist fighting to end SARS in Nigeria; Temi Mwale, a racial justice campaigner in Britain; Catherhea Potjanaporn, a portrait photographer in Malaysia; Luiza Brasil, a fashion journalist in Brazil; and Raquel Willis, a Black transgender activist in the US.

Each honoree was awarded a one-of-a-kind custom trophy created by Azarra Amoy, a British female artist known for her work in the Black Lives Matter movement in London.

The ViacomCBS-owned network also celebrated all local EMEA winners from different countries around the world for the first time with an MTV International Facebook event pre-show.

MTV has revealed that next year's awards are set to take place in Hungary. – Reuters

K-pop group Lumious wants to console listeners with music
‘Scream’ review: Smug, bloody and fairly entertaining
K-pop group Wanna One’s album release might face hitch, according to reports
BamBam of K-pop group GOT7 drops second solo EP
Vivian Hsu to sing song about 'mask of kindness' at concert; is it aimed at Wang Leehom's wife?
Adele postpones Las Vegas shows because half her crew is down with Covid-19
Ex-‘Dance Mom’ Abby Lee Miller sues hotel chain for millions after door falls on her
Grammy-winning singer Meat Loaf dies at 74
Heidi Klum’s legs are insured for RM8mil, but one is worth more than the other
Bradley Cooper was naked for six hours to shoot ‘Nightmare Alley’ full-frontal scene