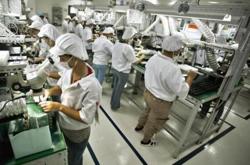 Shooting the documentary entailed revisiting 'dark times' and reliving all the anxiety, depression and challenges that came with Jake Zyrus's decision to come out as a transgender man and change his name from Charice to Jake.

With all the stress and anxiety that comes with the Covid-19 pandemic, Jake Zyrus can always use a bit of good news to cheer himself up.

This one surely did: after winning top honours at the US International Film and Video Festival this year, Jake And Charice – a documentary that delves into the singer’s musical journey and gender transition – recently received a nomination from the coming International Emmy Awards.

“It’s important to have something like this amid the challenges we’re facing ... it’s especially important for my mental health. It’s something positive and I feel good about it,” Zyrus said in an email interview.

Produced by Japan’s national broadcasting organization NHK in cooperation with Philippines' ABS-CBN, the documentary was shortlisted for the arts programming category, alongside Britain’s Why Do We Dance, Brazil’s Refavela 40 and France’s Vertige de la Chute.

“My team, the Japanese producers and I are grateful and honored that our entry has been nominated for an award in one of the most prestigious award-giving bodies," said Zyrus, who had earlier described the unexpected recognition as “surreal” in his social media posts.

Though Jake And Charice is technically an entry of Japan, the 28-year-old recording artiste hopes that his Filipino fans are just as proud as he is. “It represents Japan, but the documentary tackles my story. I’m a proud Filipino; this is our story ... I hope it also uplifts the spirits of Filipinos in trying times,” he said.

For Jake And Charice to win the award will obviously mean a lot to him. But being nominated is already an achievement. “I’m humbled to be able to tell my story,” he said.

Shooting the documentary entailed revisiting “dark times" and reliving all the anxiety, depression and challenges that came with his decision to come out as a transgender man and change his name from Charice to Jake.

Fortunately, the team behind the documentary (director-editor Hiroko Ninomiya, producers Shin Yasuda, Akiko Tabakotani, Keiko Tsuneki and Kenji Hyodo; and directors of photography Yusaku Mitsuwaka and Jayson Pajarillo) handled and depicted his story with sensitivity and the respect it deserves.

“I would like to thank NHK and Documentary Japan for believing in me and the opportunity to work with an award-winning director and producer. During filming, they kept on reminding me about the importance of my story,” he related. “They were very professional in handling it, and were considerate in situations I wasn’t comfortable.”

The documentary was first aired in Japan in November last year.

Whether or not he gets acceptance or understanding from viewers who have seen the documentary is immaterial to Jake. What truly matters to him, he stressed, is being able to reach out to people who have had similar experiences and struggles.

“Being able to reach out to people who have the same experience, and making them feel that they’re not alone is important,” he said. “The goal is to make myself feel good, but also to touch and inspire other people’s lives.” – Philippine Daily Inquirer/Asia News Network