In Mariah Carey's new memoir, the Grammy-winning artist makes one thing clear: She sees "no benefit to protect people who didn't protect me."

Throughout The Meaning Of Mariah Carey, Carey writes about the people in her life who have challenged her at best or traumatised her at worst. She also takes time to honour her great loves and special moments on the road to becoming a history-making artiste. Here are some key takeaways from her book.

1. As a kid, Carey didn't believe she "was worthy of being alive."

She writes, "I was too young to contemplate ending my life but just old enough to know I hadn't begun living nor found where I belonged." Music, however, gave her a reason to exist.

2. Carey encountered "violent" men and situations as a girl.

Carey describes her brother Morgan as violent, often getting into fistfights with their father and once knocking their mother out cold. When a cop found Mariah crying on the floor after one incident, he muttered, "If this kid makes it, it'll be a miracle."

Her sister's adult boyfriend, whom she later calls a "pimp," took Carey to a drive-in movie. He "pushed in closer and forced a hard kiss on me," Carey writes, while a gun sat on his lap. A bystander, a "prayer in person," noticed what was happening, so her sister's boyfriend backed off and drove her home in silence.

In high school, she and her boyfriend, the "scariest dude in town," got into a "physical altercation" in public, while some girls stood around watching.

3. Her mother was no picnic either.

Carey describes her mother, Patricia, a Juilliard-trained opera singer, as a dangerously negligent caretaker. One time, Carey writes, she was left alone with her mum's drugged, shotgun-carrying boyfriend; she adds that at age seven she almost drowned while her mother sunbathed obliviously.

Once Carey's career took off, money and jealousy tore them apart.

4. She describes ex-husband Tommy Mottola as an abuser and a racist.

Carey says she developed "hives-like breakouts" and "somatisation" as the result of Mottola's controlling and "abusive" behaviour, which she says included holding a knife up to her cheek. She also calls him "blatantly racist" for a comment about Sean Combs ("Puffy will be shining my shoes"), and equates his resistance to her pursuing R&B with trying "to wash the 'urban' (translation: Black) off."

5. Derek Jeter was "a love of her life" and so much more.

The former professional baseball player was "the catalyst I needed to get out from under Tommy's crippling control," helping her process her relationship to her estranged family. Carey spent time with his biracial family, who showed her that a mixed-race household can be healthy. Carey confirms that The Roof, My All and Crybaby are all about Jeter.

While they kissed before her divorce, Carey insists there was "nothing salacious" about it, as they waited until she was legally free of Mottola for "the night of our consummation."

6. Carey says racism was behind her being denied Barbra Streisand's penthouse.

She writes that the "conservative" board of the co-op where she wanted to move in didn't want "too many rappers, and their entourages, aka big black men, milling about" the Central Park West penthouse.

Earlier racist encounters include a traumatic moment when a white friend met Carey's Black father for the first time and instantly burst into tears. A group of young girls at school later cornered her during a sleepover and chanted, "You're a (N-word)."

7. She explains what went wrong with Nick Cannon.

Carey writes about having a miscarriage at 10 weeks, gaining 100-plus pounds, experiencing poisonous edema and gestational diabetes. And when she did finally bear a child, "Nick didn't comprehend pregnancy." Making adjustments to being "working parents in entertainment" ultimately took its toll.

She writes that a "female entertainer on (Sony's) label (whom I don't know)" ended up using the same sample on a song that Carey had already licensed. Enter the Loverboy vs. I'm Real showdown, which is still best summarised by a viral moment. Carey also lists the lyrics of her Loverboy remix just to make her thoughts crystal clear:

"Hate on me as much as you want to 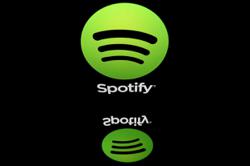 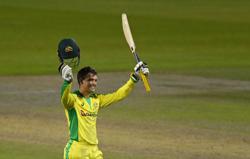