When life gives you lemons, use it to banish wrinkles. Photo: Ha Ji-won/Instagram

If there is a spike in demand for lemons in South Korea, blame actress Ha Ji-won.

Last week, the host of variety show Access Showbiz Tonight told the actress she looked exactly like she did two years ago.

He asked if she had any beauty secrets, noting that the 42-year-old actress made her television debut in the 1996 teen drama, New Generation Report: Adults Don't Understand Us.

Ha replied that she laughs a lot and believes it helps to tighten her face.

"Eating lemons is also my secret," she said. "I eat three lemons a day.

She scrunched up her face and said smilingly: "As the lemons are sour, it has the effect of uplifting my face and prevents wrinkles."

The actress, who is famous for acting in K-dramas such as Secret Garden (2010) and Empress Ki (2013 to 2014), became a trending item on South Korean social media after the variety show was broadcast.

Some netizens said she has not aged since her leading role in the romance and body-switch comedy Secret Garden, while others even dug out a still from her 2002 film Sex Is Zero, exclaiming that she looked almost the same after 18 years.

Ha recently appeared in the romantic series Chocolate (2019 to 2020), in which she starred opposite singer-actor Yoon Kye-sang. – The Straits Times/Asia News Network 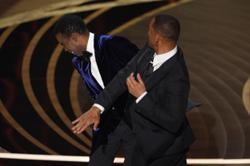