According to Korean entertainment news portal Soompi, AOA's management FNC Entertainment said on Saturday (July 4) that Jimin, 29,"has decided to leave AOA and halt all of her activities in the entertainment industry".

FNC Entertainment also apologised and took responsibility for the situation.

This means that AOA, originally an eight-member group, is now down to four members.

On Friday (July 3), former member Mina, whose real name is Kwon Min-ah, uploaded a series of long Instagram posts which detailed how she suffered a decade of bullying from Jimin.

She said that when her father was battling cancer in the final stages of his life in 2014, Jimin told her not to cry as it would "ruin the mood". Mina added she did not manage to see her father one last time before he died as she was afraid that if she stopped working, she would get scolded by Jimin.

She also said that Jimin, whose father died in April this year of a heart attack, was allowed to take time off her activities to be with her family.

Mina alleged that Jimin hit her when they were trainees, made disparaging comments about her body and scolded her whenever she forgot to greet Jimin properly.

She said that due to the stress and anxiety caused by Jimin, she attempted suicide multiple times and posted a photo of scars on her wrists as evidence.

Jimin uploaded a since-deleted Instagram story which said "Fiction" on a black screen in response to the allegations. She later issued a formal apology and said that in wanting AOA to present their best face forward, she lacked "a humane side as a leader".

Mina, who is still coping with mental health issues, also said that Jimin had come by her home to apologise in person following the expose but that she had seemed reluctant to do so. – The Straits Times/Asia News Network 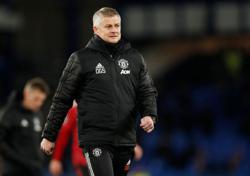