The Undertaker retires from WWE – is this really his Last Ride?

The Undertaker has announced his retirement after spending nearly 30 years with the WWE... but he has done that before. Photo: Facebook/The Undertaker

The Undertaker, the greatest character to ever be produced in the history of professional wrestling, has announced his retirement after spending nearly 30 years with the WWE.

Undertaker, real name Mark Calaway, confirmed that he was done with wrestling during the final episode of his docu-series Undertaker: The Last Ride, saying he is content not stepping in the ring again.

"Never say never, but at this point in my life and in my career, I have no desire to get back in the ring. I'm at a point, it's time this cowboy really rides away," he said during the fifth and final episode of the docu-series.

The Last Ride docu-series was a rare peak into the Undertaker's real-life persona, as Calaway decided to allow fans a good glance into "the last few stages" of his wrestling career. If this is indeed time, Undertaker's Boneyard match against AJ Styles will go down as the last of his career. The WWE also seemingly confirmed Taker's retirement with the following tweet.

However, it remains to be seen whether the Undertaker's retirement sticks. Calaway has teased retirement a few times earlier in his career but was not able to be at peace with his performances.

"If there was ever a perfect ending to a career, that right there was it. If (WWE Chairman) Vince (McMahon) was in a pinch, would I come back? I guess time will only tell there. In case of emergency, break glass, you pull out The Undertaker. I would have to consider that," he said.

Undertaker explained the plot going into his Boneyard match with AJ Styles at WrestleMania 36, revealing the Phenomenal One reached out to him regarding a match. It had stemmed from Taker saying on the Broken Skull Sessions podcast with WWE Hall of Famer Stone Cold Steve Austin that he wanted to go out on his own terms.

The WWE had much different plans for Undertaker and Styles. However, the pandemic changed things and they had to work a way around a unique gimmick for the match. Styles tweeted he was honoured to be part of The Deadman's final chapter.

"Still floored by the experience and reaction to the #BoneyardMatch at #WrestleMania. If it was the last time @undertaker laced up his boots, I'm honoured it was against me." – The Hindustan Times (New Delhi)/Tribune News Service 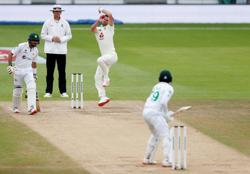 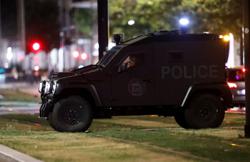