Ron Jeremy, 67, is among the biggest names in the pornography industry, having appeared in more than 2,000 adult films starting in the 1970s. Photo: AFP

Adult film star Ron Jeremy was charged with raping three women and sexually assaulting a fourth in incidents in West Hollywood from 2014 to 2019, the Los Angeles County District Attorney said on Tuesday (June 23).

Jeremy, 67, is among the biggest names in the pornography industry, having appeared in more than 2,000 adult films starting in the 1970s.

Prosecutors said Jeremy, whose real name is Ronald Jeremy Hyatt, forcibly raped a 25-year-old woman at a home in West Hollywood in May 2014, according to a statement from Los Angeles County District Attorney Jackie Lacey.

They also alleged he sexually assaulted two women, ages 33 and 46, on separate occasions at a West Hollywood bar in 2017, and forcibly raped one of them.

In a fourth incident, prosecutors said Jeremy forcibly raped a 30-year-old woman at the same bar in July 2019, the statement said.

Prosecutors recommended bail be set at US$6.6mil (RM28mil). If convicted of all the charges, Jeremy faces a possible maximum sentence of 90 years to life in state prison.

A representative for Jeremy did not immediately respond to a request for comment.

When Rolling Stone reported allegations of sexual misconduct by Jeremy in 2017, he told the magazine he had "never and would never rape anyone."

"All serious allegations have been investigated by police and dismissed by judges, as have most of the accusations of 'groping.' I have never been charged nor spent one day in court for any of this," he said at the time," according to Rolling Stone. – Reuters 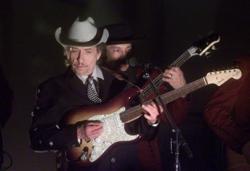