Producer David Guillod surrendered to authorities in Santa Barbara County on June 22, 2020, after a three-year investigation culminated in him being charged with the rape or sexual assault of three women. Photo: AFP

A Hollywood producer and talent manager who is accused of rape and sexual assault by multiple women surrendered to authorities in California on Monday (June 22), his lawyer said.

David Guillod, an executive producer on Atomic Blonde and Extraction, handed himself in to Santa Barbara police, accompanied by his attorney.

According to the Los Angeles Times, Guillod faces 11 felony charges involving the rape or sexual assault of three women in separate incidents spanning back to 2012.

Guillod, 53, denies all the charges.

"Mr Guillod has been vilified for eight years without being afforded the opportunity to examine under oath his accusers," said lawyer Philip Cohen in a statement to AFP.

"Justice is rarely swift and often does not come easy; but Mr Guillod very much looks forward to clearing his name in the appropriate forum."

The Santa Barbara County district attorney's office, jointly handling the case with Los Angeles County prosecutors, did not immediately respond to requests for details on the charges.

Guillod was first accused of sexual assault by Ted actress Jessica Barth, who said the producer had drugged her during a 2012 meeting.

The case was investigated by Los Angeles police but closed two years later.

Barth went public with the allegation in 2017, in the wake of the #MeToo movement, and after another actress reportedly contacted her with a similar account.

Guillod stepped down as chief executive of Primal Wave Entertainment soon after.

"We find the unification of the cases filed through the Santa Barbara DA's office and the timing suspicious," said Cohen.

Guillod had cooperated with law enforcement, and evidence including emails and text messages "tell a story very different than that which is being alleged", he added. 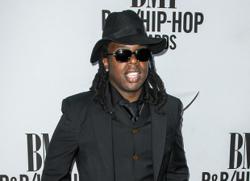 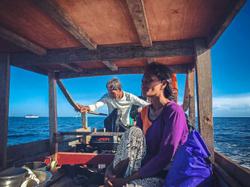 Malaysian documentary project selected for Docs By The Sea 2020