"Hi friends on June 6th I was in a motorcycle accident. My injuries were severe but not life threatening. I owe the amazing doctors, nurses and medical team treating me my endless gratitude. I am determined to make a full recovery, but I have surgeries and months of rehab to come," he announced on the band's Instagram account on Thursday.

Carrabba went on to thank Bell Helmets, Biltwell, Rev'it, Alpine Star and Wolverine Boots for making the safety gear that protected him during the crash. He also gave a shoutout to his friends and family for supporting him during his recovery.

"To all reading this I would like to say thank you for standing by me through my recovery. This will be difficult physically, emotionally and financially and I'm grateful to have your support as I go through it," he wrote.

During the nationwide protests over the death of George Floyd and police brutality, Dashboard Confessional showed support for the Black Lives Matter movement and participated in the music industry's Blackout Tuesday event. Carrabba included in his post that he will continue supporting Black Lives Matter despite his absence from social media during his recovery.

"I have not lost sight of the social issues at hand and even in the condition I'm in I find it important to state that I stand with Black lives matter," he wrote.

"In the near future it is likely I will no be able to follow the news as much as I normally would. If you don't hear from me on critical social issues I trust that you will know where I stand." – Reuters

Country trio Lady Antebellum changes its name to Lady A 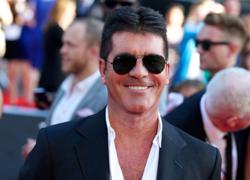 Simon Cowell speaks out after bike accident, thanks medical staff