The 1975
Notes On A Conditional Form
Universal

The sheer sprawl of Notes On A Conditional Form – 80 minutes, 22 tracks – is both maddening and impressive.

The 1975 are arguably the most self-aware and astute band of our phone-obsessed era: They’re earnest and ridiculous, ambitious and easily distracted, provocative and trend-hopping. They embrace pop stardom as they question its conventions.

The British quartet, fronted by Matt Healy, opens Notes as they have their previous three albums, with a version of The 1975, this time with a voiceover speech from teen climate activist Greta Thunberg. Then, abruptly, comes the punk-y, Blur-ry rush of People, followed by a sedate orchestral instrumental, then the heavily Auto-Tuned electropop of Frail State Of Mind. (This is not an album for the Auto-tune-averse.)

What Notes lacks in coherence it makes up for in breadth and invention. Some of us might be partial to the My Bloody Valentine dream pop of Then Because She Goes. Others to the acoustic guitar ballad of Jesus Christ 2005 God Bless America (a duet with Phoebe Bridgers). Others to loping sing-along of Roadkill. That’s a typically whiplashing (and satisfying) three-song stretch.

While the album lacks an epochal track like Love It If We Made It from 2018’s A Brief Inquiry Into Online Relationships, it’s a rewarding, disorienting hodgepodge. — Steve Klinge/The Philadelphia Inquirer/TNS 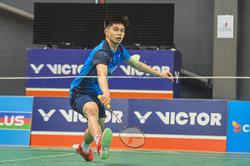