The title of Charli XCX’s fourth album is lowercase, e.e. cummings-style, to express the disconnection and dissatisfaction of leading a life in limbo during lockdown.

The British electro pop star and songwriter – who has penned hits for Icona Pop, Iggy Azalea, and Camila Cabello – conceived, wrote, and recorded the entirety of the glitchy, uneasy how i’m feeling now during the coronavirus pandemic.

Quarantining in Los Angeles with boyfriend Huck Kwong, she announced the project in early April and give herself a May 15 deadline, keeping fans up to speed on her progress on Instagram Live.

The resulting music, made in collaboration with producers like A.G. Cook and Dylan Brady of 100 gecs, is restless – itching to start a party at a time that it wouldn’t be prudent to do so.

“Lip gloss on, and I’m looking like a star, ” she sings on the hard-edged Pink Diamond. “Gonna give you good views.” But those views will be virtual only: She’s turning herself out in anticipation of going “on a video chat.”

How i’m feelin now explores the impact of living in isolation with one you love: “Building walls, ” Charli sings in the combustible Detonate. “Close myself off in new ways.”

But in the end, the strange new world breeds optimism. Anthems longs for an epic night out on the town but hopes that the forced intimacy of lockdown might lead to a connection that lasts: “Finally, when it’s over, ” she sings, “we might even be closer.” — By Dan DeLuca/The Philadelphia Inquirer/Tribune News Service

Glitchy and resteless, but breeds optimism

Learn to cook with Selena Gomez, in her upcoming cooking show

Taylor Swift's boyfriend offers a peek at their life under quarantine 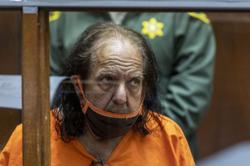 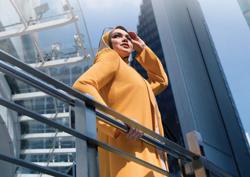 Siti Nurhaliza has released an album every decade for 4 decades