The images went down well with Ruby Lin's fans who said she looks as pretty now as she did then. Photos: Instagram/Ruby Lin

Taiwanese actress Ruby Lin is known for her mesmerising eyes that are said to be able to melt the hearts of guys.

The now-44-year-old actress had male fans swooning over her in 1998 when she played the soft-spoken and demure Princess Ziwei in the period drama My Fair Princess and its sequel in 1999.

Last week, Lin took her fans down memory lane when she posted a photo of herself when she was 16 years old. She found it among a stack of old photos given to her by friends at a publishing company.

A day later, she posted three more photos which she captioned as the "second memory bomb". She was then 18, and still had buck teeth.

The third "round" came on Tuesday (May 5) - five photos of herself when she was 22, the year My Fair Princess was released.

The images went down well with her fans who said she looks as pretty now as she did then.

However, her fifth photo jolted many fans who noted that her eyes looked extremely big. One of them joked that she might have offended the make-up artist.

Lin married actor Wallace Huo in 2016 and the couple have a three-year-old daughter. She recently appeared in The Victims' Game, released on Netflix last Thursday. The crime drama also stars Joseph Chang and Tiffany Hsu. – The Straits Times/Asia News Network

Also read: Jay Chou to close down restaurant in Taipei amidst Covid-19 pandemic 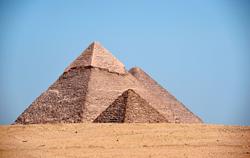 Whatdestinations did travellers fantasise about during Covid-19 lockdown?