Despite being confined indoors due to the movement control order, Malaysian actress Lim Mei Fen has plenty to be happy about. She recently received good news of her acceptance into China’s prestigious Beijing Film Academy.

And that is no mean feat.

Admission into Beijing Film Academy (BFA) has become so competitive that there are more than 100,000 applications every year for only 400-500 places, leading to an extremely low acceptance rate of 0.5%.

But instead of acting, Lim revealed that she would be pursuing her Master’s degree at BFA’s Faculty Of Management, majoring in film distribution and marketing.

“I went for the entrance exam (in Beijing) last December. And, the panel also asked me ‘why not acting’, ” said Lim, 32, who was there because her latest film Two Sisters premiered in China in the official selection category of the 28th China Golden Rooster and Hundred Flowers Film Festival in Xiamen.

“I told them frankly that my dad wanted me to find a suitable person and settle down. But there’s still a ‘mission’ in my heart which drives me to continue with my quest... to produce a film about Princess Hang Li Po, ” shared Lim who did a three-year course at Aswara (National Academy Of Arts Culture And Heritage).

According to Lim, there were 27 international applicants for BFA’s year 2020 intake and 13 of them made the cut. And, the Penang-born artiste was one of only two Malaysians who managed to get in.

“The other Malaysian is a female film producer who is currently working in Taiwan. She will be taking up film production as her major.”

But even more remarkable is how her application went through.

The entrance exam she took comprised of two papers – Theories Of Art and Knowledge Of Film Distribution And Marketing.

Other international students had already attended a short course in Beijing, which prepared them for the exam. But Lim was not aware of that since her application was done at the spur of the moment

“I had just gone to BFA for a brief visit in November 2019 before heading to the Golden Rooster Film Festival.

“When I met the lecturer, she told me that the deadline for application was just a week away. So, I prepared my application within the week and submitted all the documents immediately without another thought.

“Frankly speaking, I didn’t know that there was a preparatory course or even course materials for the entrance exam. So I didn’t study at all.

“But when I was at the exam hall, I was surprised to see other students with their study materials and that was when I felt so... sorry for myself!”

Nonetheless, the tenacious lass is thankful to have made it on her own merit and looks forward to beginning her coursework in September this year. 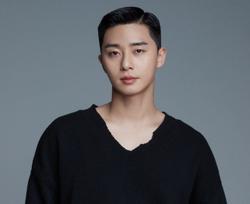