Cinemas in Malaysia closed throughout April

Not only are cinemas closed in April, films such as 'Mulan' pushed their release dates due to the pandemic. Photo: Walt Disney Studios

The Malaysian Association of Film Exhibitors (MAFE) announced today that the cinemas in Malaysia will be closed until the end of April 2020, due to the Covid-19 crisis.

The cinemas that will not be operating during this period will be mutiplexes run by Golden Screen Cinemas, TGV Cinemas, mmCineplexes and Lotus Five Star Cinemas.

In the press release, it stated: "The said closure of cinemas is also in cognisance with the efforts of other film exhibitors across the Asean region, which have and are also closing their cinemas to prevent gatherings in the interest of their citizens’ and customers’ safety.

"This includes exhibitors in countries such as Thailand, Indonesia, Cambodia, Philippines, Vietnam, Myanmar and Singapore."

This decision also comes as a lot of local and international films that were originally scheduled for releases from March to June, have postponed their release dates to later part of the year like Mulan (from March to July) and the new Bond movie, No Time To Die (from April to November).

A film exhibitor spokesperson said: "The government is asking us to practise social distancing even after the movement control order is lifted. And cinema halls are one of the places where people come together. So, it only makes sense that we exercise caution.

"Everyone, companies and individuals, has to do their part if we want this crisis to be contained."

Another representative from the industry echoed the same view, saying that even though there are many challenges – like not getting discounts on rental of property where multiplexes are located – this is the right decision.

The statement from MAFE added: "While we intend to reopen the cinemas as soon as circumstances allow, we believe it is important that we put the nation’s interest, as well as our customers’ and employees’ health and well-being first.

"We have provided Malaysians a place to escape, indulge, and be entertained over the years, and we will be there again to welcome you back as soon as it is safe to do so.

"Together, we will overcome these challenging times, so let’s stay safe and do our part for Malaysia." 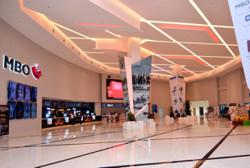