'Last Christmas': A sweet romantic respite, but not much else

"Don't look now, but I think we're being stalked by a psycho Christmas tree."

How long has it been since we’ve had a decent romantic comedy in the cinemas? Last year’s Crazy Rich Asians comes to mind, while you could also say that the Beatles-inspired Yesterday, released earlier this year, was also a decent rom-com. Just staring at the smudge on the window won't make it go away, Kate.Beyond these two, the only rom-coms worth mentioning were not even released in cinemas, but rather, through streaming services like Netflix.

In this age of superhero blockbuster events, mega animated franchises, endless horror films, and Oscar-baiting dramas, is there even room for the humble rom-com in the cinemas any more?

These are the odds that Last Christmas is up against, and while it is a pretty decent rom-com, one wonders whether it has the legs to stand up against, say, Frozen 2, which was released a week earlier.

One thing it has going for it, in Malaysia at least, is that it stars two of Malaysia’s best-known international actors right now – current rom-com golden boy Henry Golding and Tan Sri Michelle Yeoh, both of whom helped make Crazy Rich Asians the international smash hit it was last year.

Named after the George Michael song of the same name, Last Christmas stars Emilia Clarke as Katarina (or Kate, as she prefers to be known as), who is stumbling aimlessly and directionless through her life after recovering from an illness which almost killed her.

Working in a dead-end job as an elf in a year-round Christmas shop run by a woman who calls herself Santa (Yeoh), she is struggling to find anything worth living for, while also trying to deal with her overbearing mother (Emma Thompson). Then, along comes Tom (Golding), a charming young man who helps her to pick up the pieces of her life. 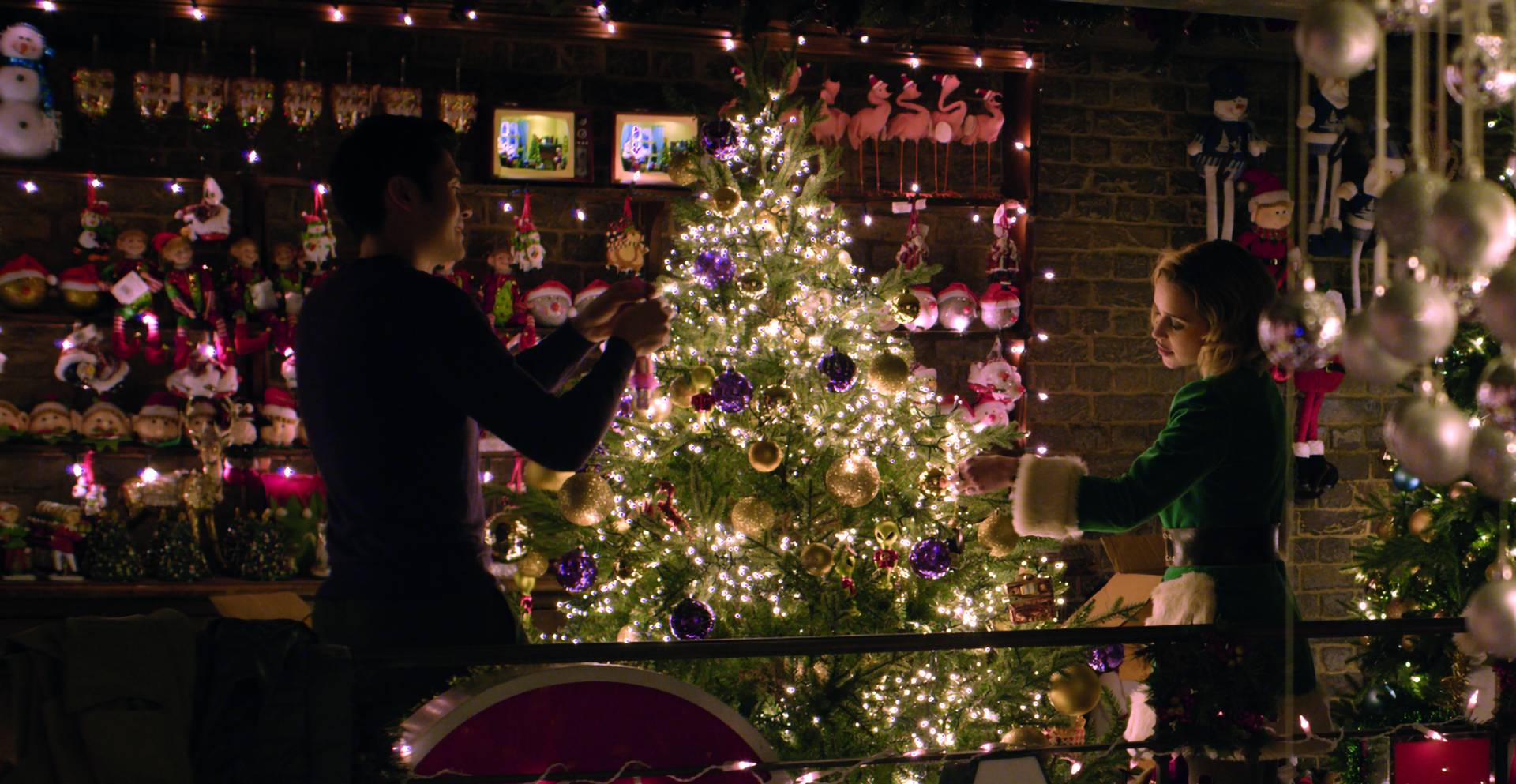 "See, I told you we'd be able to get that psycho Christmas tree on our side eventually."

While the story isn’t really much to shout about (it actually reminded me of one of those sappy Korean dramas), there’s a lot to like about Last Christmas, not least of all the chemistry between Golding and Clarke.

Considering the way Clarke tends to command the screen with her presence (she is the former Mother of Dragons after all), it may seem like a bit of a mismatch at first. But that’s more to do with the fact that their character start the show at opposite ends initially – Kate with her rock-bottom negativity, and Tom with his free-wheeling, carefree positivity.

As Tom gradually chips away at Kate’s walls, their chemistry improves, and the relationship between the two becomes much cosier, sweeter and more believable. "I expected more attention for the Crazy Rich Asians sequel, but this is ridiculous."

The two leads aside, Thompson and Yeoh also provide some cute moments throughout the show. Yeoh especially, displays a seldom-seen comedic side, and comes across as a funnier version of her stern mother-in-law character in Crazy Rich Asians.

From providing the movie’s title to the peppering of his songs throughout the film, George Michael’s music is heavily featured here. Unfortunately, its role isn’t as significant as, say, the Beatles’ music in Yesterday, and some of the song choices are a little questionable too. For instance, the politically-motivated, social ills and injustice lament Praying For Time is probably not the best fit for a romantic ice-skating scene.

While Last Christmas probably wouldn’t rate as one of Paul Feig’s better films, or even a particularly memorable rom-com, it does what it sets out to do, which is to provide a small, romantic respite from the loud, special effects-laden blockbuster culture that is conquering cinemas currently.

Bring your partner to watch it, and just enjoy the moment together. There might not be many like it in the future of cinema.
Article type: metered
User Type: anonymous web
User Status:
Campaign ID: 1
Cxense type: free
User access status: 3
6 10

Sweet, uncomplicated, romantic, but nothing more

Golding featured in Time’s 100 Next List of Rising Stars