Theatre show 'And Then Came The Spring' at DPAC is a collaborative effort by Jo from ICT and Saleh (left), the driving force behind Parastoo. Photo: Tan Cher Kian

“Spring had to come at some point,” said actor/director/playwright Jo Kukathas, almost mournfully adding that it has been a “really long winter” for many.

In its first play for the 2022 season, Instant Cafe Theatre, together with Parastoo Theatre, presents a rather unconventional multilingual offering about Afghan refugees living in Malaysia.

And Then Came Spring, which opens tonight at DPAC in Petaling Jaya, centres around the plight of women, and is told through the journey of its main character Nazanin, who goes from child bride to woman, from Kabul to Kuala Lumpur, and finds the strength to make her own journey into the light.

It is a collaborative work by Jo and Afghan director/playwright Saleh Sepas, the driving force behind Parastoo.

“In a way, this play became emblematic of the pandemic as well,” said Jo, explaining how the production had to be deferred several times since 2020 because of the recurring MCOs and stringent SOPs that kept the arts sector quiet for so long.

“After numerous false starts, we decided to save ourselves some heartache and finances, and wait. Then when Malaysia began moving into the endemic phase earlier this year, CK (producer Tan Cher Kian) and I decided that it was only right that we should do Spring first because it was a commitment we had made two years ago.”

Jo, 59, and Saleh, 39, have been collaborating on different projects for two years now.

“For me, that was the start of working together with Saleh and becoming friends; then the friendship just deepened along the way,” shared Jo in an interview midway through rehearsals in KL recently. Even through lockdowns and the pandemic, Jo said that they had been crafting a play together on Zoom. However, when everything went belly up in Afghanistan – in August 2021, Taliban fighters entered the capital, and President Ashraf Ghani fled the country – the last scene that they had written didn’t quite work anymore. That play – loosely titled the Afghan Zoom play – was put on hold, and focus returned to And Then Came Spring.

Sharing, speaking the language of hope

And Then Came Spring is a sequel to Screaming in Silence which was performed in Petaling Jaya in 2018, and then again at the George Town Festival in 2019.

Written and directed by Saleh, Screaming also revolved around the life of Nazanin, then a 12-year old girl in Afghanistan, whose father and community forced to marry an older man. The play ended with Nazanin running away and realising that the institutions responsible for enforcing the law had failed to protect her rights.

And Then Came Spring also features a new stable actors from various refugee communities in Malaysia, including from Palestine, Syria, Myanmar and Afghanistan. The two-hour long play will be performed in Persian, English, Arabic, Bahasa Malaysia and Burmese, with English and Bahasa Malaysia surtitles.

While she is officially dramaturg and artistic director for this production, Jo has also been sitting in for rehearsals at Five Arts Centre in KL, alongside Saleh.

Working with a different language is not a problem, she said.

“I love directing plays in a language that is not mine,” she shared, citing various experiences with Malay, Chinese and Japanese productions.

“I have also done Shakespeare in Brazil! For me, language is just one part of it. I always say to the actors that I have to understand you even when I don’t know what your text is. That makes for clarity. The audience wants to see intention, they will get what’s going on just by your body language, by the shift of your voice. That for me is my favourite part of theatre.”

Jo is excited that the bigger idea at play in this collab is the bridging of communities.

“Saleh, for example, is getting to know other people, not just me. I see us as facilitating this project so he gets to meet other stage managers, the people at Five Arts Centre, the IT designers ....”

And Then Came Spring is especially important for Jo because the idea of migration has always resonated strongly with her.

“A refugee is, after all, just a migrant. What happens to the rights of people when they go to a country which is not theirs? Many Malaysians are from migrant communities, we’ve just been living here a lot longer than the refugees you will see on stage.

“During the pandemic, I saw a lot of prejudice and discrimination especially towards people from other countries, but it also highlighted how acts of friendship and empathy are so important.”

And this is something that Instant Cafe Theatre feels passionate about. Jo hopes that the audience takeaway from this production will revolve around those themes of friendship, empathy and kindness.

“I want people to see that ‘Wow there are a lot of talented refugees in this country’, and that they will be inspired to find out more about them and their communities living here. That, in time, others too will want to collaborate with Parastoo.”

And Then Came Spring plays at DPAC in Petaling Jaya on July 22-24. More info here. 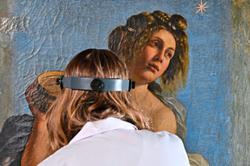