Kinard tackled themes that were on everyone's mind during the shutdown, including politics, racism, homelessness and Black Live Matters. Photo: Reuters

A self-taught New York artist took advantage of the pandemic to create a diverse array of dioramas that depict urban Brooklyn scenes in addition to a host of other more rural settings.

Aaron Winston Kinard has worked for decades for Barnard College in Manhattan. Around four years ago, he elevated a life-long artistic flair into a passion for creating ornate dioramas.

A diorama is a miniature model of a scene represented through the use of three-dimensional objects placed in an artistic background.

Kinard's home is like a mini-museum of his works. Kinard shows his dioramas of mostly urban life, which he created during the pandemic, at his home in Brooklyn, New York. Photo: Reuters

When creating a work, Kinard devotes several days to painting items such as bricks. He taps in to a range of forms, from 3D printing to airbrushing to complete his works.

When the pandemic hit, he no longer had to travel across the city for work, which gave him more time to dive deeper into his artistic project.

"We've been on virtual or semi-lockdown for almost three years now, and during that time I had to make a decision," he said in an interview at the Brooklyn home he shares with his partner. "While I was on lockdown, was I going to sit on the couch and watch television and drink some beers until this was over? Or was I going to get creative?" 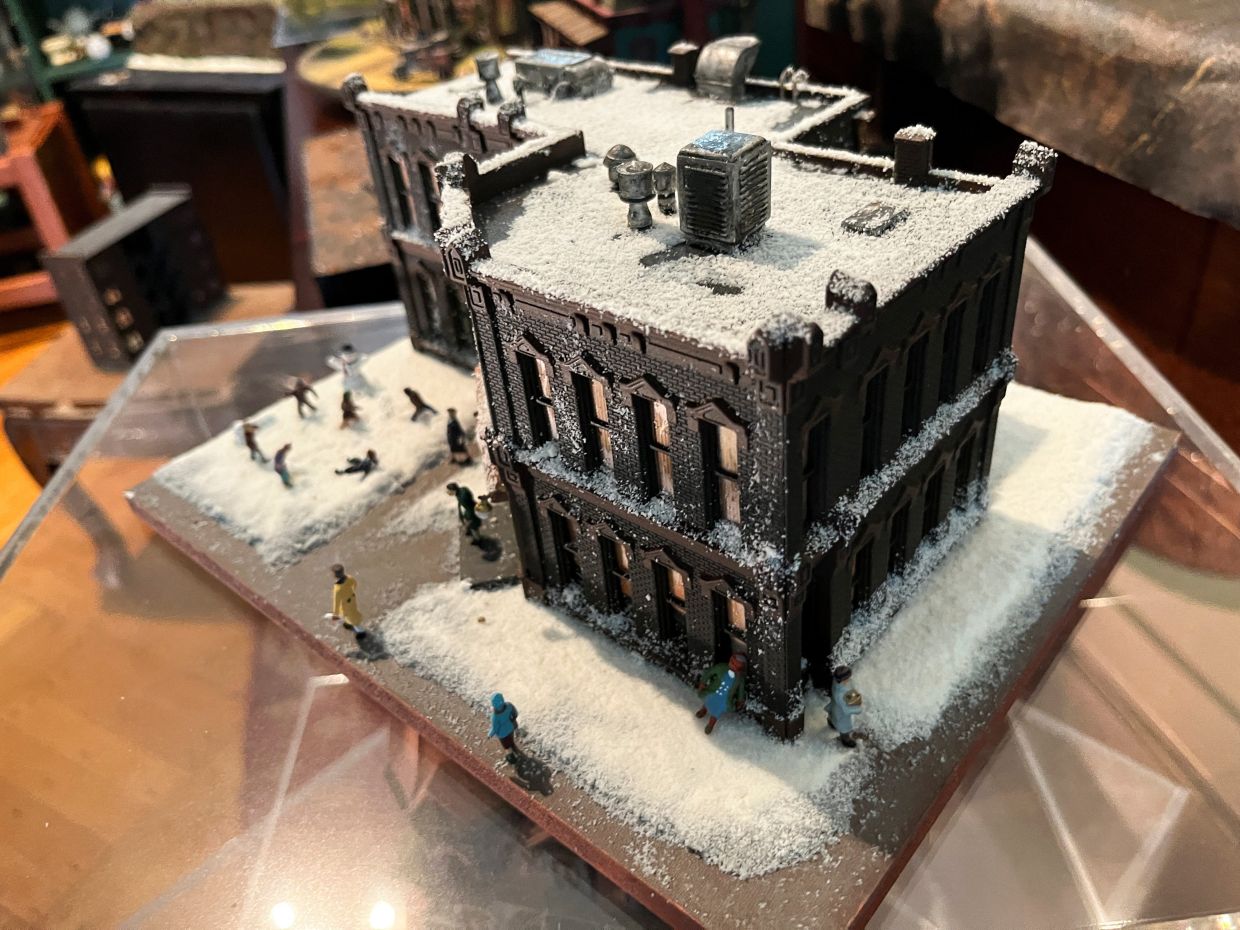 Around four years ago, Kinard elevated a life-long artistic flair into a passion for creating ornate dioramas. Photo: Reuters

He followed through, and tackled themes that were on everyone's mind during the shutdown.

Kinard, a native of Washington, DC, who has lived in New York since the late 1970s, had no formal art training other than a few classes at Barnard and the New York-based International Center for Photography.

He says he relies on experimentation and instructions on YouTube videos.

"When I looked at many miniatures or videos on this, you see guys making railroad trains and train stations, small towns, and it's always rural and it always reflects White America, for the most part," he said.

"And although it looks beautiful and they have talent, it wasn't anything that I was relating to. When I tried to scan the Internet, there were very few Black artists doing this type of work also, and I wanted to represent." - Reuters Dressing the dead: Indonesian villagers clean corpses in afterlife ritual
Joan of Arc to be made non-binary character in new London production
How BookTok has made US novelist Colleen Hoover a superstar
Stand-up puppet comic Randy Feltface aims for world domination
Malaysian author joins judging panel for the International Booker Prize 2023
Flowered up: is it is too soon to beautify the wreckage of war?
Gajen Nad's 'Chindian' roots livens up Malaysian comedy's cultural melting pot
Grammy-winning group Planet Drum unites global percussionists in common rhythm
'The Horse Whisperer' author Nicholas Evans dies at 72
For Malaysian history enthusiasts, 'KAPMAN' complex is a must visit