'I’d love to be around in 100 years to see what people are doing with film and sound and spatial, aural and visual effects. It has a tremendous future, I think,' says Williams, 90, who is now devoting himself to composing concert music. Photo: AP

After more than six decades of making bicycles soar, sending panicked swimmers to the shore and other spellbinding close encounters, John Williams is putting the final notes on what may be his last film score.

“At the moment I’m working on Indiana Jones 5, which Harrison Ford – who’s quite a bit younger than I am – I think has announced will be his last film,” says Williams.

“So, I thought: If Harrison can do it, then perhaps I can, also.”

Ford, for the record, hasn’t said that publicly. And Williams, who turned 90 in February, isn’t absolutely certain he’s ready to, either.

“I don’t want to be seen as categorically eliminating any activity,” says Williams with a chuckle, speaking by phone from his home in Los Angeles.

“I can’t play tennis, but I like to be able to believe that maybe one day I will.”

Right now, though, there are other ways Williams wants to be spending his time. A Star Wars film demands six months of work, which he notes, “at this point in life is a long commitment to me.”

Instead, Williams is devoting himself to composing concert music, including a piano concerto he’s writing for Emanuel Ax.

This spring, Williams and cellist Yo-Yo Ma released the album A Gathering Of Friends, recorded with the New York Philharmonic, Pablo Sainz-Villegas and Jessica Zhou.

It’s a radiant collection of cello concertos and new arrangements from the scores of Schindler’s List, Lincoln and Munich, including the sublime A Prayer For Peace.

‘The ability to breathe’

Turning 90 – an event that the Kennedy Center and Tanglewood are celebrating this summer with birthday concerts – has caused Williams to reflect on his accomplishments, his remaining ambitions and what a lifetime of music has meant to him.

“It’s given me the ability to breathe, the ability to live and understand that there’s more to corporal life,” says Williams. “Without being religious, which I’m not especially, there is a spiritual life, an artistic life, a realm that’s above the mundanities of everyday realities. Music can raise one’s thinking to the level of poetry. The 40-year friendship between musical legends Williams and Yo-Yo Ma reaches a new peak with their recent album 'A Gathering Of Friends'. Photo: Handout

“We can reflect on how necessary music has been for humanity. I always like to speculate that music is older than language, that we were probably beating drums and blowing on reeds before we could speak. So it’s an essential part of our humanity.

And, in turn, Williams has provided the soundtrack to the lives of countless others through more than 100 film scores, among them Star Wars, Jurassic Park, Jaws, Close Encounters Of The Third Kind, E.T., Indiana Jones, Superman, Schindler’s List and Harry Potter. It’s an amount of accomplishment that’s hard to quantify. Five Oscars and 52 Academy Award nominations, a number bested only by Walt Disney, is one measurement. But even that hardly hints at the cultural power of his music.

A billion people might be able to instantly hum Williams’ two-note ostinato from Jaws or The Imperial March from Star Wars.

“I’m told that the music is played all over the world. What could be more rewarding than that?” says Williams. “But I have to say it seems unreal. I can only see what’s in front of me at the piano right at this moment, and do my best with that.”

All those indelible, perfectly constructed themes, he believes, are the product less of divine inspiration than daily hard work. Williams does most of his work sitting for hours at a time at his Steinway, composing in pencil.

“It’s like cutting a stone at your desk,” he says. “My younger colleagues are much faster than I am because they have electronic equipment and computers and synthesisers and so on.”

When Williams began (his first feature film score was 1958’s Daddy-O), the cinematic tradition of grand, orchestral scores was beginning to lose out to pop soundtracks.

Now, many are gravitating toward synthesised music for film. Increasingly, Williams has the aura of a venerated old master who bridges distant eras of film and music.

“Recording with the New York Philharmonic, the whole orchestra to a person were awestruck by this gentleman at now 90 who hears everything, is unfailingly kind, gentle, polite.

People just wanted to play for him,” says Ma. “They were floored by the musicianship of this man.”

Among the classical legends

This late chapter in Williams’ career is in some ways a chance to place his mammoth legacy not just in connection with cinema but among the classical legends.

Williams, who led the Boston Pops from 1980 to 1993, has conducted the Berlin, Vienna and New York philharmonics, among others. In the world’s elite orchestras, Williams’ compositions have passed into canon.

Williams’ enduring partnership with Steven Spielberg has, of course, helped the composer’s odds. Spielberg, who first sought out a lunch with Williams in 1972 after being captivated by his score to The Reivers, has called him “the single most significant contributor to my success as a filmmaker.” 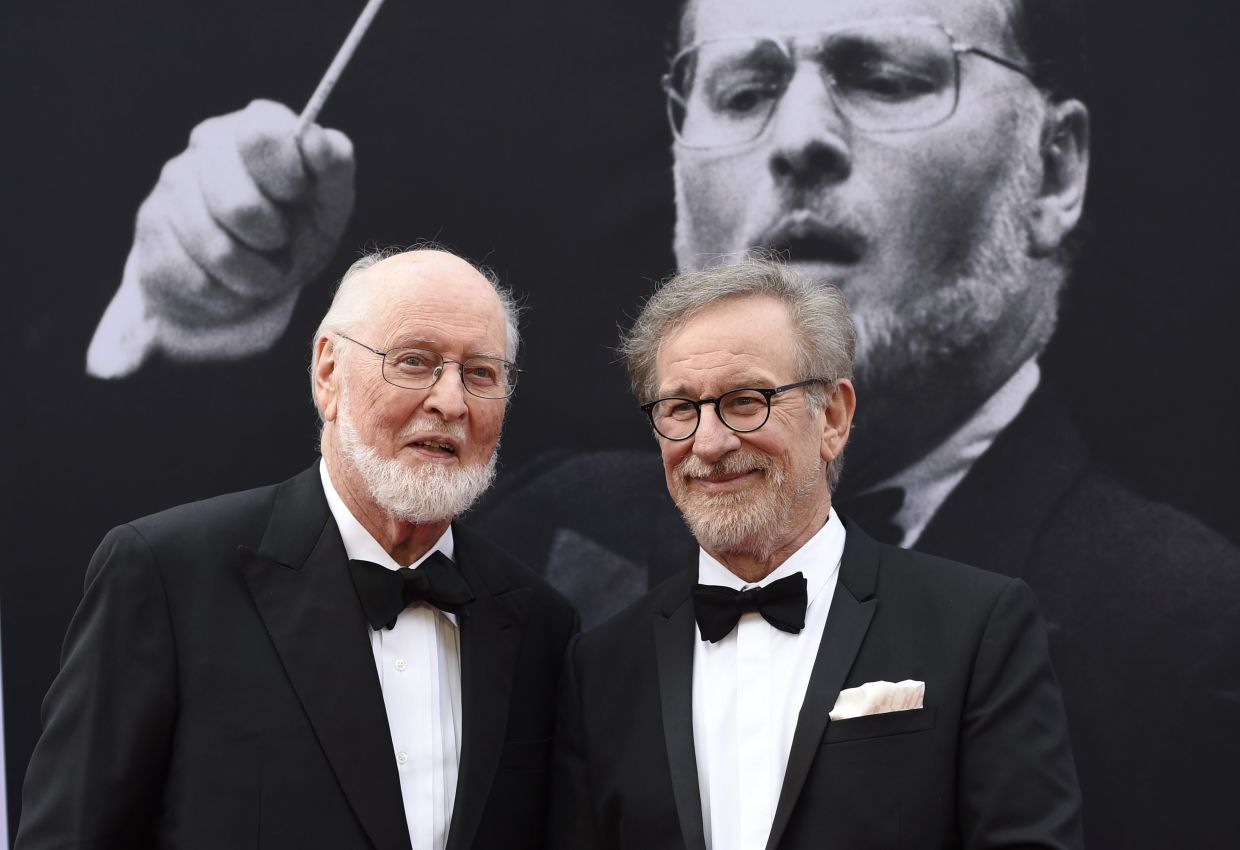 Williams (left) and director Spielberg at the 2016 AFI Life Achievement Award Gala Tribute To John Williams in Los Angeles in 2016. Williams, now 90, is devoting himself to composing concert music, including a piano concerto. Photo: AP

They remain irrevocably linked. Their offices on the Universal lot are just steps from one another. Along with Indiana Jones, Williams recently scored Spielberg’s upcoming semi-autobiographical drama about growing up in Arizona, The Fabelmans. The two movies make it 30 films together for Spielberg and Williams.

“It’s been 50 years now. Maybe we’re starting on the next 50,” says Williams with a laugh.

In Spielberg’s films and others, Williams has carved out enough perfectly condensed melodies to rival the Beatles. Spielberg once described his five-note Communication Motif from Close Encounters as “a doorbell”.

“Simple little themes that speak clearly and without obfuscation are very hard to find and very hard to do,” says Williams. “They really are the result of a lot of work. It’s almost like chiseling.

Move one note, change a rhythmic emphasis or the direction of an interval and so on. A simple tune can be done in dozens of ways. If you find one that, it seems like you discovered something that wanted to be uncovered.”

One thing you won’t hear from Williams is a grand pronouncement about his own legacy. He’s much more comfortable talking like a technician who tinkers until a gleaming gem falls out.

“My own personality is such that I look at what I’ve done – I’m quite pleased and proud of a lot of it – but like most of us, we always wish we might have done better,” he says. 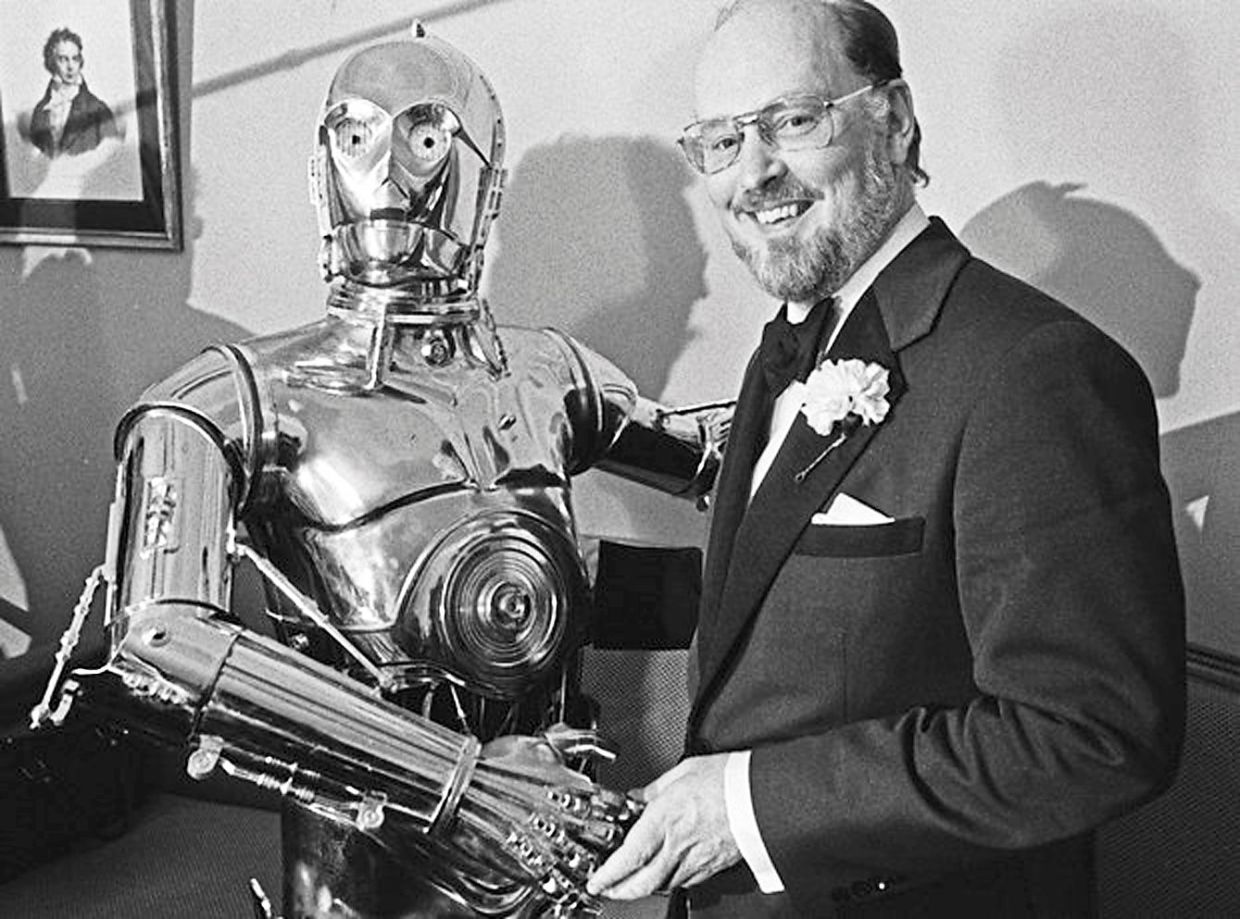 Williams, a stalwart of the 'Star Wars' film series, returned with a theme for TV’s 'Obi-Wan Kenobi' recently. Photo: Filepic

“We live with examples like Beethoven and Bach before us, monumental achievements people have made in music, and can feel very humbled. But I also feel very fortunate. I’ve had wonderful opportunities, particularly in film where a composer can have an audience of not millions of people, but billions of people.”

Williams has a number of concerts planned for the rest of the year, including performances in Los Angeles, Singapore and Lisbon. But while Williams may be stepping away from film, he remains enchanted by cinema, and the ability of sound and image, when combined, to achieve lift-off.

“I’d love to be around in 100 years to see what people are doing with film and sound and spatial, aural and visual effects. It has a tremendous future, I think,” says Williams.

“I can sense great possibility and great future in the atmospherics of the whole experience. I’d love to come back and see and hear it all.” – AP