Veteran sculptor Tengku Sabri Tengku Ibrahim is no stranger when it comes to themes surrounding Nusantara myths and legends to inspire works of art.

His latest sculpture work Archelon, a prehistoric turtle made from concrete, latex, steel rods, fibreglass, and silicon, is set to find a new home at the bottom of the sea along Langkawi’s coastline.

“This ancient turtle... with slight exaggerations... was believed to have roamed the oceans some 80 million years ago. It fits a mythological place such as ‘Kepulauan Langkawi’, with a balance of mythical and fictional elements informing this work.

“This ‘turtle’ has hands and legs for swimming, diving and coasting around the Andaman sea near the Langkawi archipelago,” outlines Tengku Sabri’s artistic statement. Fancy going on a dive in Langkawi’s sea and seeing more sculptures made out of concrete by local artists?

Fourteen sculptures will be anchored to the seafloor around the coast of Pulau Pasir on Monday morning (May 22) as part of the National Art Gallery’s (NAG) sea-bound initiative Arca Dasar Laut, under its Programme Community Based Tourism.

Other sculptures, which also reference Langkawi’s treasure trove of myths and legends, include Mahsuri tied to a pole to an exploding Gedembai (a giantess who can turn people into stone).

In Langkawi, Mahsuri is the island’s most famous icon and tourist attraction. The young woman was supposed to have cursed the island during her execution (by stabbing) for adultery. 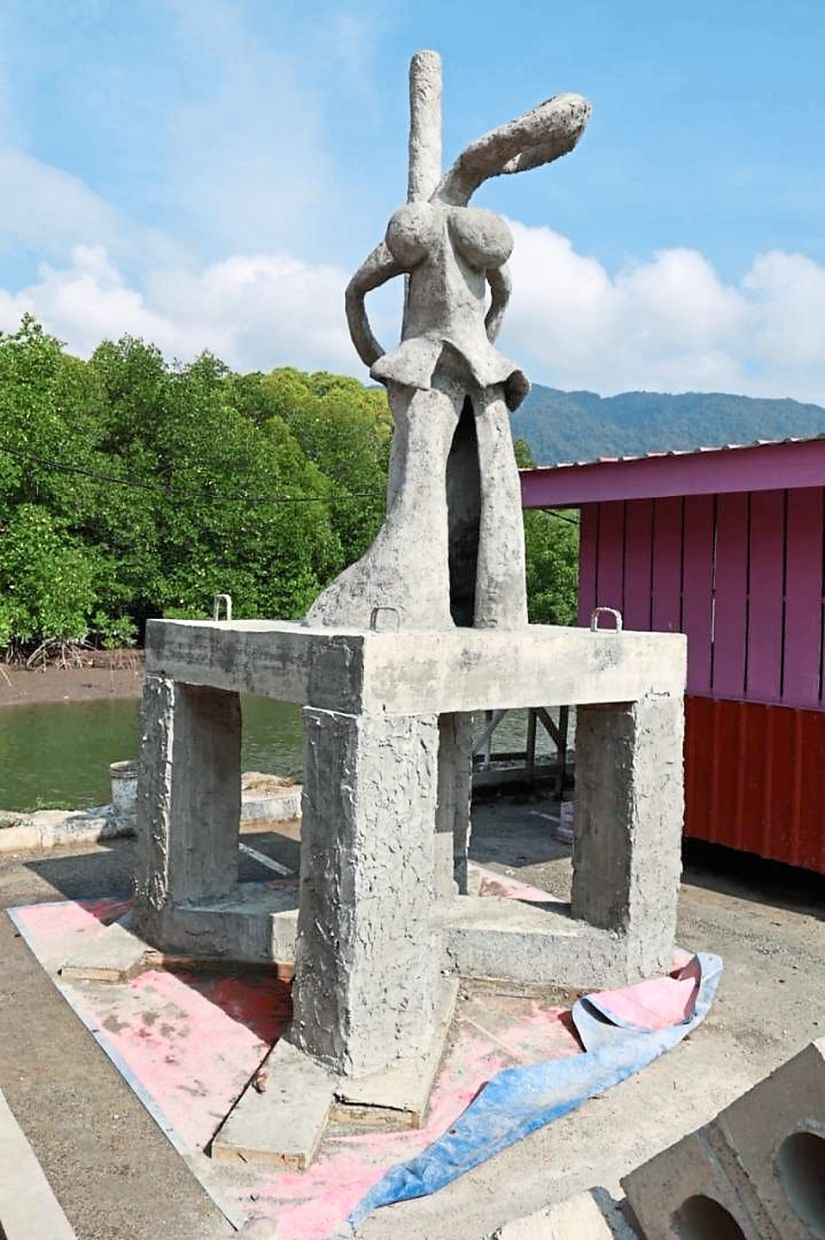 For this NAG project, the concrete sculptures were made by nine local artists in March this year at Pengkalan Kubang Badak on the island. Apart from Tengku Sabri (from Terengganu), the line-up also includes Abdul Multhalib Musa and Low Chee Peng from Penang, Cheah Yin Sum from Selangor, Dr Zainuddin Abindinhazir Abdul Rashid, Mohd Radzi Ismail and Ahmad Fuad Osman from Kedah, and Umibaizurah Mahir Ismail from Johor.

“Every year, we organise sculpting workshops under National Art Gallery’s Langkawi branch. We then slowly realised that we had a problem – we didn’t know where to store these large sculptures. They are heavy, so we can’t move them around and there’s no space in our gallery to store them.

“So after much discussion, we realised, why not store these sculptures at the bottom of the sea, because Langkawi is an island and it is surrounded by a vast ocean,” said NAG’s director general Amerrudin Ahmad in a video posted on the gallery’s Facebook page. This community-driven initiative also seeks to promote ecotourism in Langkawi, as the sculptures will serve as artificial reefs for marine life to flourish in the sea surrounding the island.

“For this, we engaged researchers, scientists, marine biologists and the fisherman to make sure whatever material that was used and the sculptures themselves can preserve the marine natural world.

“This is the first of our many initiatives to decentralise art and focus more on the people and the community. We are rich in culture and creativity. It’s time to make art more accessible and participatory to all Malaysians,” concludes Amerrudin. 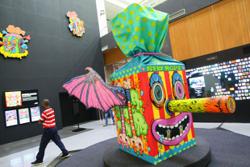