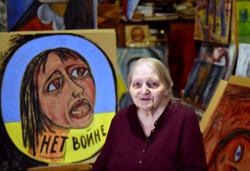 A screenshot from Gan's 'The Koganecho Gesture' video essay at 'All the Time I Pray To Buddha, I Keep on Killing Mosquitoes' exhibition at PJPAC. Photo: Gan Siong King

Contemporary artist Gan Siong King’s All the Time I Pray To Buddha, I Keep on Killing Mosquitoes (ATIPB) is a video installation exhibition and a series of four dialogue sessions, set to open at the Petaling Jaya Performing Arts Centre (PJPAC), 1Utama shopping centre on Jan 19.

The video segment features two works - The Koganecho Gesture (TKG) and Citizen, with the latter first exhibited at The Koganecho Bazaar Vol.2 (KB2020) in Yokohama, Japan.

TKG was created during an online artist residency, during the pandemic in 2020.

Citizen is the result of an open call for collaboration via TKG. It is based on a script by Makarim Salman, a British physicist turned financial analyst who then became a tour guide and resident of Tokyo.

“In his own words, this is a story of influence and connection across space and time. And in my mind, it is also a story about making connections and expanding our identity beyond race, religion and nationality,” says Gan, 47, who was trained formally as a painter before experimenting and producing his own videos since 2010.

His video works often draw on the aesthetics and sensibilities of music videos, images and memes from Internet video culture, as well as humour that is often found in Malaysian popular culture.

TKG is intentionally left largely untouched for its KL presentation, with the exception of timing and sound design tweaks.

“I think it is important that the Malaysian audience see TKG as it is. My hope is it serves as a marker, a time capsule almost, to a collective experience we all had,” he says. 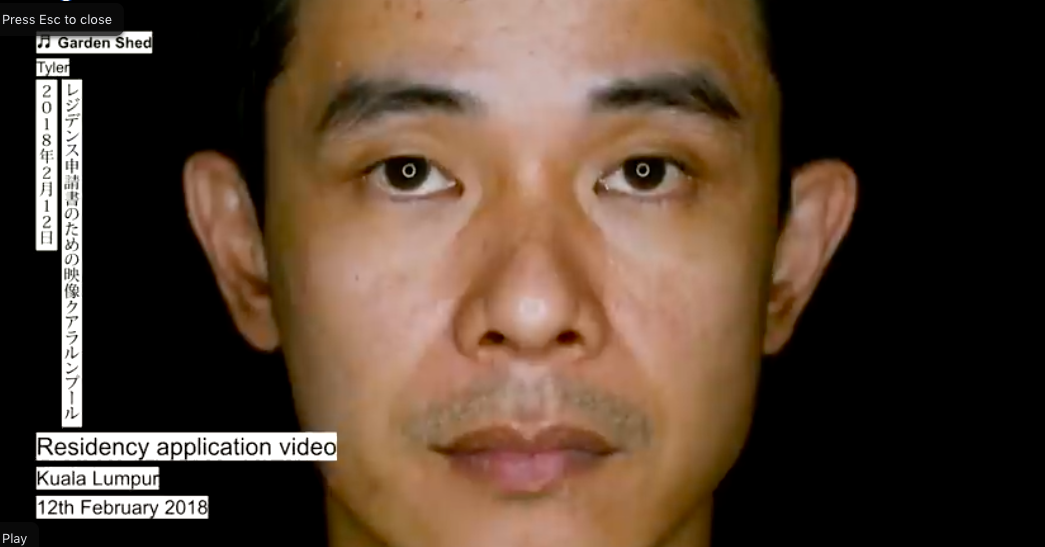 'I see ‘exhibition’ as a site for experimentation and a platform for me to work with others and to include their voices into my work, filling in gaps that my videos or paintings create,' says Gan. Photo: Gan Siong King

Based on recollections of conversations with people he has met over the last two decades of his creative practice, it seeks to engage the audience in conversations on contemporary art and art-making.

“Entry points in TKG are provided via cliches about art, things that I am sure the audience has heard or thought of themselves. Things that are familiar. But it is hard to move forward if we only stay with what's familiar. Part of art-making and art appreciation is to explore the unfamiliar. One of TKG's aims is to create questions and dialogues about art and art-making based on this play between the cliche, and hopefully, the unfamiliar,” he explains.

The title All the Time I Pray To Buddha, I Keep on Killing Mosquitoes is borrowed from a haiku (a form of Japanese poetry made of short, unrhymed lines) by the Japanese poet Issa Kobayashi, as translated by American poet Robert Hass.

This haiku is used in TKG in a sequence on living through the current pandemic, a nod to the human condition and our endeavours. “It describes something invariably human, this desire to always reach for an ideal despite our repeated failings. It is bittersweet and can be read positively or negatively depending on where you are in life. And for me, that is the charm of Issa's haiku. I think the effects of this chance encounter with Issa's work has yet to fully manifest itself. But I know it gives me courage. And that is good enough for now,” says Gan, who shares that he is more inspired by haiku and haibun as a form, than he is by Issa as a poet.

Much of his understanding of storytelling is based on the three-act structure, and his interest in video essays is based on the interpretation that it is a form/genre that is non-fiction, but yet, not a documentary.

“It emerges and disappears in this shifting grey zone. I like that because I think it is a better representation of the complexities of life. Haiku is a bit like that, but it also adds an interesting simplicity to this mix.

“Most of the haiku I like often describe a simple thought, an emotion or a passing moment. It negates the need for conventional storytelling structures and expectations that I was preoccupied with. The emphasis on what is immediate and in the present, in a strange way, opens up new possibilities,” he notes.

All the Time I Pray To Buddha, I Keep on Killing Mosquitoes is organised by The Japan Foundation, Kuala Lumpur (JFKL). It had been postponed three times due to the pandemic situation.

Its dialogue sessions aim to further the conversation on themes in the TKG and Citizen video essays, including the technical aspects of video making, the different approaches in art practices, and the production of an art event.

“After close to two years of collective isolation, I am eager to hear from an audience and have conversations with them about art and art-making. So rather than reworking TKG on its own, other components are added to expand the show,” says Gan.

TKG and ATT revolve around those two words: people and process.

It is about engaging the community by sharing stories about art and art-making, with a focus on writing and video making.

“I am biased, but I think art is great and vital. I wish more people would appreciate and participate in the arts. I believe with curiosity and a willingness to learn, art can be a source of comfort, in and out of a pandemic. Arts practitioners will also benefit from a larger, more knowledgeable pool of audience and patrons.

"The minor role I can play in this as an artist will always be to make the best work that I can. But I think it is also important for me to be more articulate and continue to collaborate with others to engage the audience about my work. My hope is people will come and watch the videos and also join our dialogue sessions so we can talk further about all the above and more,” he concludes.

All the Time I Pray To Buddha, I Keep on Killing Mosquitoes is showing at PJPAC from Jan 19-23. Visitors are required to register here.