Lat's 'Kampung Boy' is the focus of artist Adeputra Masri's session for the Pendidikan Seni EDU@NAG series hosted on the National Art Gallery's Facebook page on Oct 16 at 10am. Photo: Filepic

Contemporary artist Adeputra Masri gets back to his cartoonist roots with this Saturday’s edition of Pendidikan Seni EDU@NAG, a National Art Gallery online initiative where artists discuss influential Malaysian works relating to visual art and beyond.

The casual session by Adeputra will discuss Lat’s central themes in Kampung Boy, including kampung life, family, childhood experiences and a revisit of the art in this pioneering Malaysian comic book that has transcended generations.

The Johor-born Adeputra, as he is known in the art circles, started as a cartoonist and illustrator in 1989.

Inspired by Lat, he migrated to Kuala Lumpur after completing his secondary education and in the late 1980s, drew for newspapers and magazines such as Gelihati under the name Adi Putere. 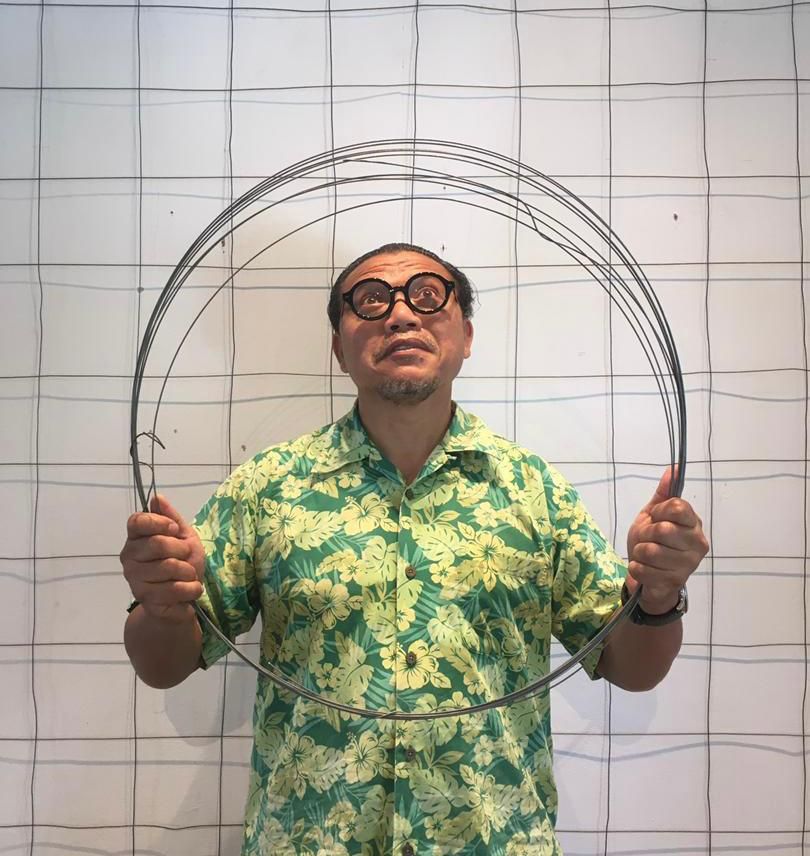 Azizan will be presenting his new performance piece titled 'The Collapse Of An Orchestra' for the Denmark-based The Space Between International Arts Festival. Photo: Handout

This long distance festival, featuring South-East Asian artists based in the region and abroad in Nordic countries, spotlights their diasporic connections and diverse cultural backgrounds through a series of workshops, exhibits and performances.

Azizan will be presenting his performance piece titled The Collapse Of An Orchestra, which has been inspired by life during the pandemic. Nadiya Abdullah is on board with a poem for the session. The two main issues on the table for Azizan are the collapse of the economy and health care in Malaysia.

Azizan's performance will be live streamed on Percha Artspace's Facebook page here on Oct 16, at 2am (Malaysian time). 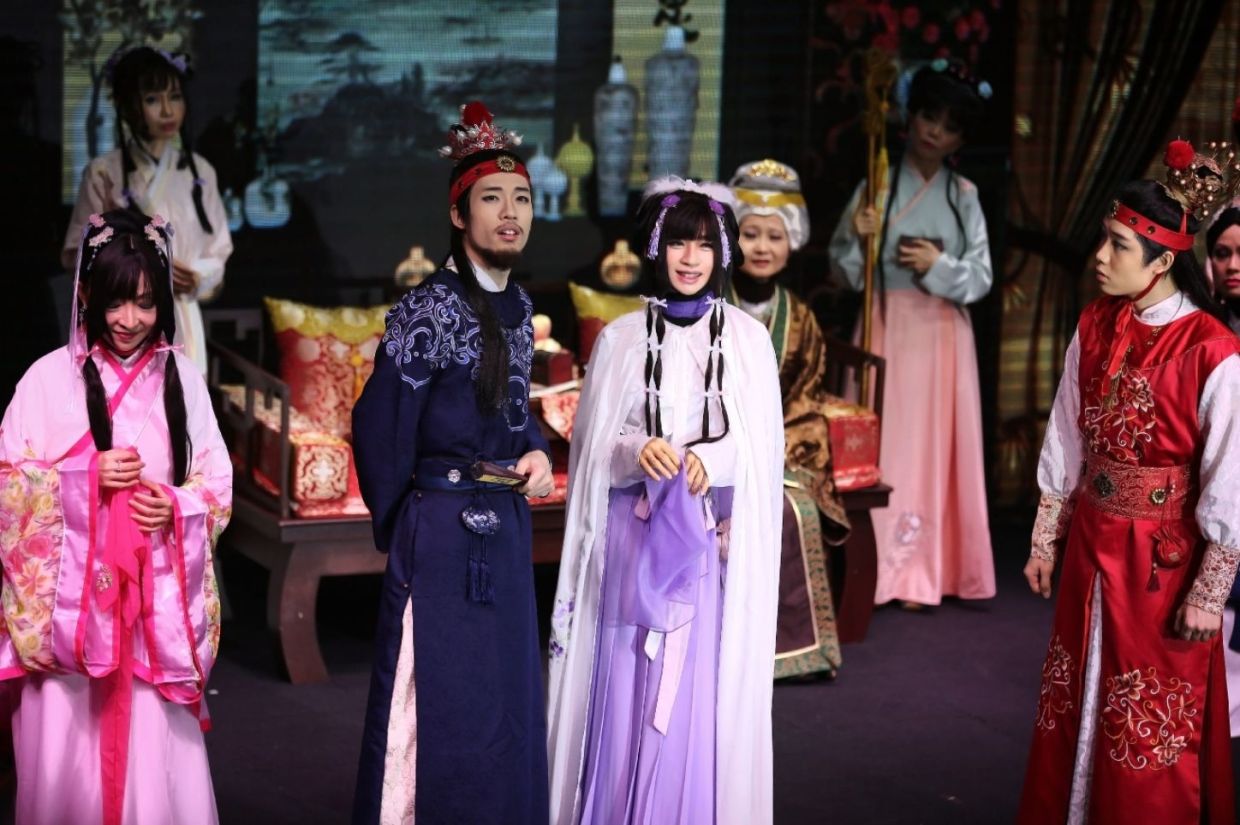 'The Dream of Red Mansions' traces the bittersweet tragedy at the Rong Mansion between Jia Baoyu and Lin Daiyu. Photo: Handout

THEATRE: THE DREAM OF RED MANSIONS

Presented by Selangor-based Symphony Theatre, this stage adaptation of a historical novel of the same name features Jessie Ching as the protagonist Lin Daiyu.

The Dream of Red Mansions traces the bittersweet tragedy at the Rong Mansion between Jia Baoyu and Lin Daiyu. Almost Shakespearean in nature, the story focuses on the tragic and heart-rending romance of the two lovers.

The Dream of Red Mansions, ticketed, will be streamed via CloudTheatre.

Join the launch of open-access book Empower Arts, Animate Communities by the Chinese University of Hong Kong (CUHK) this Sunday.

This book provides a comprehensive documentation of the main takeaways from six editions of the Forum of Community Arts organised by CUHK between 2014 and 2020, as well as 13 new chapters on current topics that address one or more themes from the forum.

ASK Dance Company’s Joseph Gonzales and Imran Syafiq Mohd Affandi contributed to a chapter of the book called Forging Traditional Dance In Malaysia. Hear them share the impact of the Outreach Programme - beginning with Connecting Communities to the present Forging Traditions: Beyond Borders.

Have you ever wanted to write your very own script but don’t have the tools for it?

Learn the basics of scriptwriting and be on your way to penning an award winning script yourself.

Seni Speaks will stream for free via Senimates’ Instagram page. 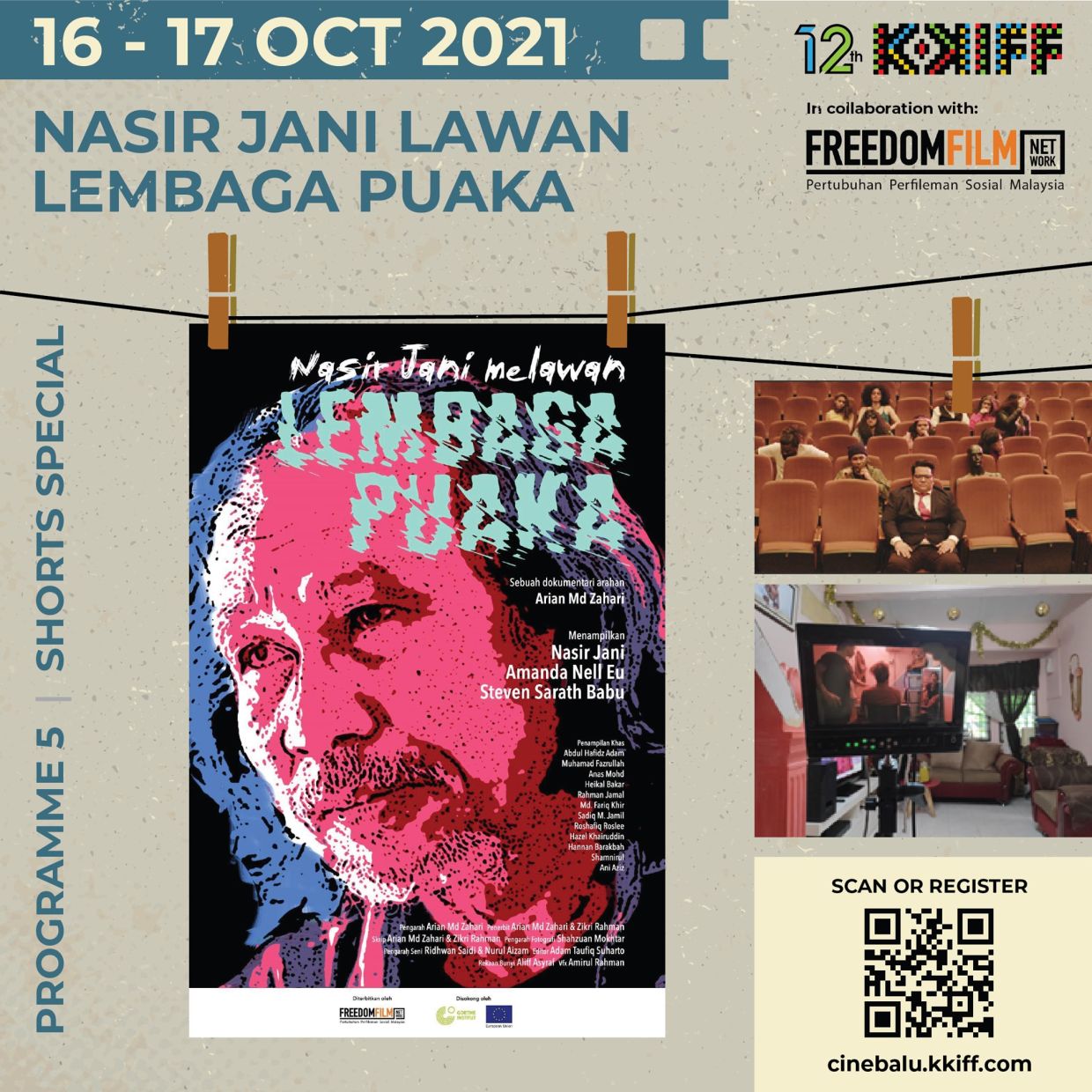 The 12th edition of the Kota Kinabalu International Film Festival (KKIFF) in Sabah is in the spotlight this weekend, featuring curated/topical films and a series of webinars to keep film enthusiasts busy. It's the second virtual edition of the KKIFF due to pandemic uncertainties and travel restrictions.

KKIFF's programme is also supported by the FreedomFilmFest and Mini Film Festival. The "Cinebalu On-Line" screenings will include films from Germany, New Zealand, Spain, United States, Japan and more.

Another highlight is The Zoom10 Filmmakers' competition, with a list of Malaysian filmmakers in the mix. The Zoom10 jury has nominated nine films for awards this year. Out of the nine, three films will take the Golden Kinabalu Awards for Documentary, Indigenous Language, and Narrative. The other six films will have Special Mention.

Founded in 2009, KKIFF continues to showcase inspiring films not just from filmmakers in Sabah and Malaysia as a whole, but also those from South-East Asia, Europe and South America.