Grohl on his music life: ‘I’m like the Labrador of rock ‘n’ roll'

'Deep down, I’m just like you. I’ve worked hard to get where I am, but I obsessed over the same music you do. I’m a fan,' writes Grohl in his memoir 'The Storyteller: Tales Of Life And Music'. Photo: AP

It's hard to think of a current musician so universally accepted into the rock ‘n’ roll fraternity as Dave Grohl.

The Foo Fighters frontman dines regularly with Paul McCartney. He wrote and recorded a pandemic-era song with Mick Jagger. Joan Jett read bedtime stories to his daughters. He formed a group with Led Zeppelin bassist John Paul Jones. He hosted a party for AC/DC with the Preservation Hall Jazz Band as surprise entertainers.

An outgoing personality who takes his music more seriously than he does himself, Grohl naturally draws people in. Besides, how do you not like a guy who shows up at stage doors with a wide smile and a bottle of whiskey?

Grohl had no shortage of material when he decided to spend much of his enforced downtime writing a book called The Storyteller, on sale now. Call it the typical tale of a high school dropout who becomes the drummer in Nirvana, then after unspeakable tragedy transformed himself into the singer, songwriter and guitarist for a band that sells out arenas.

In fact, he counts his mother Virginia as one of his best friends. As he writes in The Storyteller, she was influential in him joining Nirvana.

His time as the drummer in Scream, the Washington-area punk band that Grohl left high school to drum for, was winding down. But he was loyal, and conflicted when he got an invitation to come to Seattle in 1990 and jam with Kurt Cobain and Krist Novoselic.

“I called my mother and said, ‘I’m not sure what to do,’” Grohl recalled in an interview. “I mean, these are my brothers. These are my friends. This was my band. And she said, ‘sometimes you have to do what’s best for you,’ which was funny because her entire life was devoted to other people as a schoolteacher and a mother.”

Grohl lived in a ragged apartment with Cobain as the band prepared material for what would be its breakthrough Nevermind album. He sensed when they left to record it that they’d never return to that apartment, but no one could anticipate their explosive success.

It proved too much for Cobain, who killed himself in 1994.

“I don’t think anyone’s entirely designed to make it out of a situation like that unscathed,” said Grohl.

“But I was lucky because I had Virginia, the state, and my mother. If I ever did feel like I was being swallowed by this thing, I would retreat to Virginia and I would go back to the old cul de sac where I grew up and have barbecues with my old friends... and it really rescued me in a lot of ways.”

Unlike Cobain, “I wasn’t the one who had a microphone shoved in his face every five seconds. I could literally walk through the front door of a Nirvana show and not be recognised until I sat on my drum set, and so my experience with the band was very different.”

Post-Nirvana, Grohl faced a career crossroads when offered a job as drummer in Tom Petty’s Heartbreakers. Working for a musician he grew up listening to, in one of rock’s best backup bands – it defined job security.

But he said no.

“Every time I sit down on a drum stool, I see Kurt,” he recalled. “I had some kind of musical PTSD, and I was scared to let myself break down. When Tom Petty asked, I was not yet ready to go there.”

Around the same time, he wrote and recorded the songs that would become the first Foo Fighters album. Rock ‘n’ roll is not exactly replete with drummers who step out from behind the kit and take up an other instrument to become a bandleader.

What gave Grohl the confidence he could do it?

“It was the lack of confidence,” he said.

“I don’t know too many people that strap on a bungee confident that they’re going to survive the fall. That’s why you do it. Just being unsure of yourself can be a great motivator. You know, I’m not sure I can do this. Let me see if I can. Let me prove myself wrong. So, yeah, it took me a decade to become comfortable as the frontman and singer of the Foo Fighters. Now, I love it.”

He vividly recalls “the first day of the rest of my life,” when, as a young teenager visiting his cousin in Chicago, he was taken to his first punk rock club.

Grohl grew up with posters of Kiss and Led Zeppelin on his bedroom walls, but they depicted a distant life.

“That just seemed unattainable,” he said.

“I thought, like, it’s fun to dream, but I could never do that. And then I walked into this corner bar in Chicago and stood with my chest against the stage as a punk rock band played four chords and screamed in my face. I thought, that’s more powerful than any record I’ve heard in my life.”

This, he thought, was something he could be a part of.

The message that burns through The Storyteller is to those who watch him onstage now: "Deep down, I’m just like you. I’ve worked hard to get where I am, but I obsessed over the same music you do. I’m a fan."

That thought also comes to mind when Paul McCartney is in Grohl’s living room, banging out Lady Madonna on the piano to his kids.

It’s what he has in common with McCartney, Jett or the musicians whose posters hang in innumerable bedrooms.

“Put two musicians in a room together and you’ll find a fast friendship,” he said.

Theatre ‘Life’ returns for joyful cast and audience at KLPac

How to keep heritage stories alive with steel rod sculptures 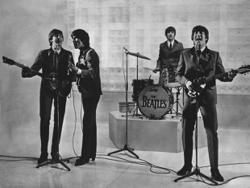 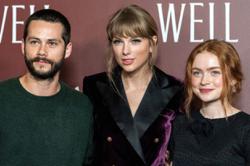