A view of KLPac's main theatre space. For performing arts and theatre venues, they will have to remain closed until Phase 4 of the National Recover Plan with the possibility of recording (with no audience) only in Phase 3. Photo: KLPac

Datuk Seri Nancy Shukri is set to get right back to work following yesterday's announcement of her reappointment as the Tourism, Arts and Culture minister in Prime Minister Datuk Seri Ismail Sabri Yaakob's Cabinet line-up. There is plenty to be done to rescue the hard-hit Malaysian arts and culture sector, which is under her ministry's purview.

The ongoing closure of performing arts spaces and the suspension of cultural events - which began in the Klang Valley on May 7 before the implementation of total nationwide lockdown on June 1 - has left the arts scene nationwide on the verge of a Covid-induced collapse.

It has been more than 100 days since any events were held at theatre spaces and performing arts venues. In short, a practical standstill.

With arts venues placed under total lockdown, that also has meant no digital theatre recordings or in-house virtual productions can be done (at these venues). That's an alternative source of income denied to the arts community, now facing overwhelming obstacles to restart work even on a small scale, with strict SOPs observed.

Right now, the arts sector needs dynamic and well-planned remedial solutions, bearing in mind 2021 looks to be another blank year for arts and culture in Malaysia.

Amid the Cultural Economy Development Agency’s (Cendana) Food Aid Programme, open letters (for assistance) from KLPac and PenangPac, Pusaka's food aid rescue mission in Kelantan and the "white flag" nationwide campaign, you cannot ignore that sense of desperation in the arts community, where many are losing hope.

When it comes to SOP guidelines, the unclear and sometimes inapplicable directives from the National Security Council, the Ministry of Tourism, Arts and Culture (MOTAC) and the Ministry of Communications and Multimedia (MCMC) have also left many arts practitioners frustrated and confused.

Here's a list of urgent issues that should be at the top of the Tourism, Arts and Culture minister's in-tray:

This is key if it’s a pre-requisite for the arts industry to reopen. The Public-Private Partnership Industrial Covid-19 Immunisation Programme (Pikas) that expedited vaccination for workers since June serves as a great case study.

Turning performing arts venues into full-fledged industry vaccination centres (PPVIN) is a step in the right direction to speed up the process.

Under Phase 3 of the National Recovery Plan, performances without a live audience would be allowed, which means that arts events would either have to be pre-recorded or streamed live.

Theatres and performing arts venues have been unable to balance their books since the start of the MCO last year. And it doesn't look like any of them will be reopening to full capacity shows any time soon.

Many of them, especially with the prospect of a limited audience, might not be able to make up for the shortfall months of show postponements and (venue) booking cancellations.

A financial aid and subsidy scheme are options to help these arts spaces to restart and cover their overheads, including salaries. The conversation about rent moratoriums must be explored, with the Government understanding the consequences of seeing arts venues closing down.

Size does not matter. Every arts venue is in danger of collapse. Established venues such as KLPac and PenangPac are already collecting donations to keep afloat. But let's not forget the plight of smaller venues and lower-tier arts spaces which don't have the means to attract media attention. The long-term impact of their potential demise will be devastating for a performing arts sector, where the grassroots scene and a generation of emerging artistes will be cut adrift.

The Government - with the Tourism, Arts and Culture minister's lobbying - can step in with new long-term measures to help these arts spaces from going under.

There needs to be an equity, not equality, based approach when it comes to grants by the Government through Cendana. Current Cendana regulations state that a group/organisation/collective can only have one active grant at any given time.

While this works for smaller groups where they can focus on one grant at any given time, larger arts and culture outfits often run consecutive programming, all of which require financial aid.

Indeed, it does not make sense that larger outfits are given the same regulations as the smaller operations. Consideration and grant amount should reflect the frequency of works that a company produces every year based on their past performance.

Conversely, smaller companies may need more money to run their operations while larger ones may already have other financial backing. So, the selection criteria needs more customisation and should take into account applications on a by-application basis instead of a blanket rule.

One way to jumpstart the arts industry and boost audience interest and confidence is through arts festivals, but this populist platform needs a tighter focus and a rethink during these pandemic times.

The days of big budget spectacles and international festival headliners will eventually return when the pandemic situation gets better. That said, the days of deadwood arts festivals, funded by the Government, should be a thing of the past. It's also the right time to consider a change of mindset by looking at homegrown arts and community outreach to shape a different kind of festival culture in Malaysia considering the lean period ahead.

According to Joe Sidek, a veteran arts festival director, the Government has an important role to play by lending financial and moral support to festivals, helping in the branding and marketing of the festivals but most importantly, by not interfering in the programming and running of the festivals.

Some people in the industry feel that it’s important not to waste resources by going virtual, as some Government-funded festivals did last year.

Joe suggests funding could be spent on placemaking, content creation and promotion of sustainable festivals, giving Malaysian cities or towns a chance to showcase their arts, culture and heritage.

No better time for a festival reboot in Malaysia. Start small and give local talent the opportunity to rebuild and share the arts with communities beyond the big cities.

If the past 18 months have shown anything, it’s that the arts industry has been straddled between MOTAC and MCMC, resulting in ambiguous guidelines which have left practitioners bewildered.

Perhaps some thought should be given in setting up a "National Arts Council-type" entity in the post-pandemic era to assist with issues pertaining to the arts and creative industry.

Realistically, a singular body to look after the Malaysian arts and culture industry might still be a pipe dream considering the cultural complexity and politics in establishing such an institution.

Datuk Ramli Ibrahim is a proponent of this idea, suggesting (through an open letter he wrote in May) that small independent boards, representing the various elements of the arts scene, be set up, headed by relevant and respected experts.

If this is not possible, a small step forward would be for the Senate to approve a recent proposal by Senator Datuk Ras Adiba Radzi that a representative be appointed for those involved in the arts and cultural field to highlight challenges faced and to champion their rights. 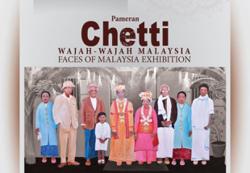