Discover Penang's ‘island behind the hills’ in this memoir and guide

This part memoir, part guide is an entertaining and informative book for those who wish to learn something about Balik Pulau and its surrounding areas. Photo: Adrian Cheah

Even with the country in lockdown, Balik Pulau has continued to receive a steady stream of visitors.

Coming in from the long, winding roads that connect the old town with the rest of Penang island, travellers now are not heading for the durian estates or famous laksa stalls.

Rather, most have their attention on their GPS devices, trying to make their way to the mega vaccination centre (PPV) at the Balik Pulau Sports Complex that has been administering hundreds of Covid-19 vaccines daily to those living in the state’s south-west district.

Quiet to tourists now, the steady hum of the village continues on, waiting to be rediscovered by young Penangites and visitors alike.

Aiding this effort is the publishing of Never Forgetting Balik Pulau, a part-memoir, part-guide on the “island” behind the hills.

Written by former teacher and university administrator Josephine Choo, accompanied by over 500 photographs by photographer and graphic designer Adrian Cheah, the book covers a comprehensive list of topics that are integrally woven into the fabric of the town.

From nutmegs and cloves to Musang King and Black Thorn durians, Never Forgetting Balik Pulau is an ode to generations past and an usher to those intending to explore the place for the first time.

“Only by looking at the past can we ascertain a timeline that draws a clearer picture of the present, illustrating the journey to the ‘now’.

“As the book is part memoir, part guide, it was necessary for me to document a part of my growing up years in Balik Pulau in the 1950s- 1960s to provide the younger generation a glimpse into the not-so-distant past.

“Throughout the years, my parents’ house at Titi Teras was the focal venue of boisterous family reunions; today, my brother upkeeps the house, looking forward to yet more happy occasions after the pandemic,” says Choo. This book is a passion project that took almost 14 years to complete, with so many changes taking place in Balik Pulau. Photo: Adrian Cheah

Taking readers through the old, country roads to cool footpaths winding through rich fruit estates and on to mouth-watering pit stops, the narrative is bolstered by research as well as historical facts and interjected with stories that native Balik Pulau residents will nod at in recognition.

From the arrival of a Russian circus with a parade of elephants in the 1950s to French priest Father Rene Chineau delivering homilies in “sing-songy” Hakka at the Church of the Holy Name of Jesus, Choo’s personal account of Balik Pulau sparks both memories and discussion.

“The idea for this book was mooted in 2006, only to be published in 2020. We had time on our side through these years. It enabled us to select material carefully to ensure a unified coalesced book.

“The challenge of the project had always been that while certain things were enduring, for example the ‘hallmarks’ like the durian and the laksa, others seemed ephemeral, shifting, changing, appearing and disappearing,” says Choo.

On the winding road

The “old side” of Penang island is in some ways the antithesis of George Town, the state capital that lies in the northern tip.

Rustic, laid back and a good 20-minute drive from anything that could be coined civilisation, the old town has experienced a relaxed pace of development and modernisation.

Choo and Cheah, with his camera in tow, have headed to Balik Pulau numerous times over the last decade-and-a-half for the book, conducting interviews and visiting important informative sites like the District Office. 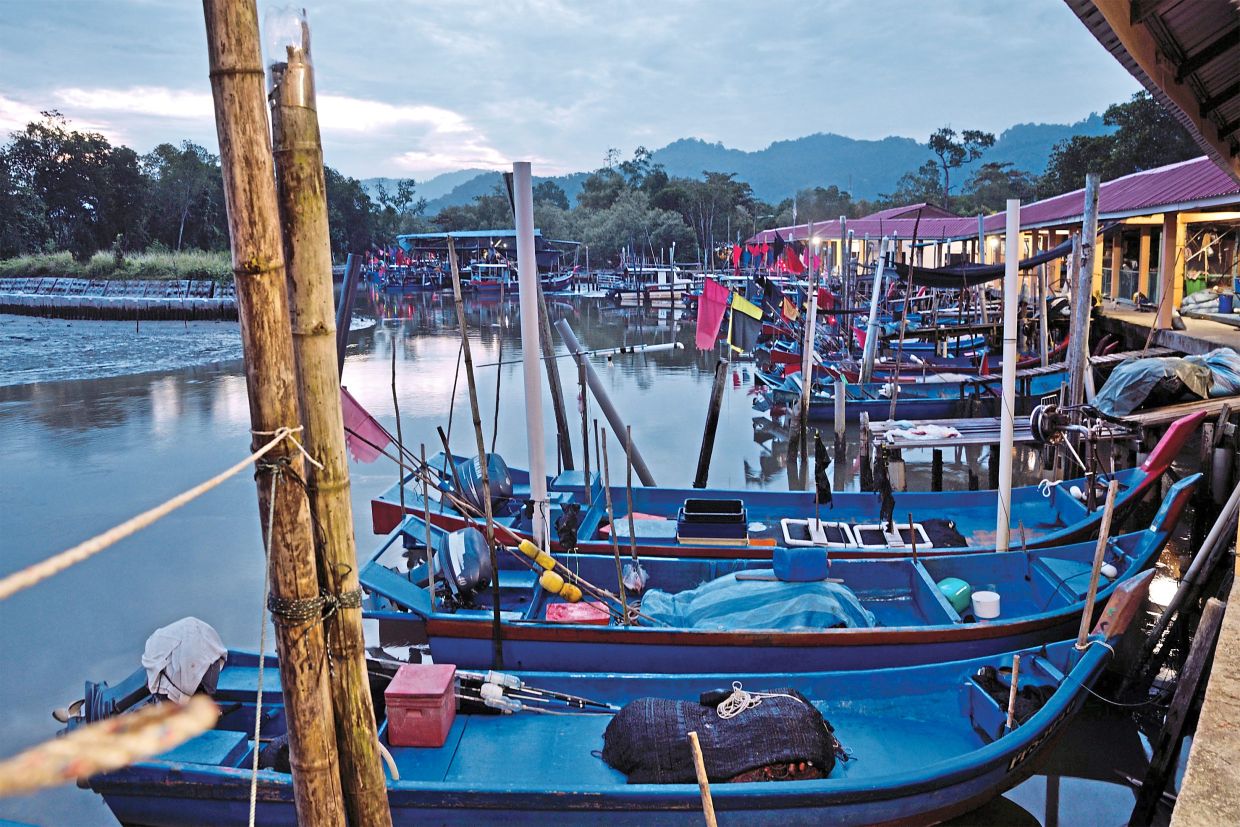 “During the journey of putting the book together, I discovered that in the ever-evolving development of a village, its history can easily be forgotten.

“For example, when we were at the District Office, there were three prominent plaques listing the names of the past District Officers, dating back to 1888 with AWSO Sullivan. Surprisingly, hardly any information on the earlier officers was available.

“I wish it was not so; I am certain many of them were of great service to the village but somehow, their deeds have been forgotten.

“It is often the case that a new generation, standing tall on the foundation stones laid by their ancestors, seldom pause and look back, given the hurried pace of life today,” says Choo.

The duo made their last extended visit just two days before Malaysia went into the movement control order in March last year.

After years of planning and throwing ideas around, the self-funded book was put together during the pandemic and published by ACEK Creative Solutions (which Cheah heads) a week before Christmas. With 511 photographs in Never Forgetting Balik Pulau, Cheah’s eye for detail has played a crucial role in bringing the village’s narrative to life.

“Photographs had an important role to play and sometimes, I revisited scenes a couple of times, be it in the wee hours of the mornings to catch the sunrise or at dusk for the setting sun.

“Sometimes I wish I could travel back in time to capture images I missed, for example of the silversmith and the old market before they were gone,” says Cheah, referring to Fong Tet Sent, Penang’s last traditional silversmith who passed away in 2016, and the former market site on the overtly-named Main Road that operated from 1914 to 2007.

Cheah adds that the size of the book – a neat square just longer than a pencil case ruler – also determined what kind of photos were ultimately chosen.

“We wanted the book to be a handy companion for explorers who would be using it to discover – and rediscover – Balik Pulau.

“Since it is only 17.2cm by 17.2cm, the subjects in the photographs had to be prominent and visible when laid out in a small size,” he says. 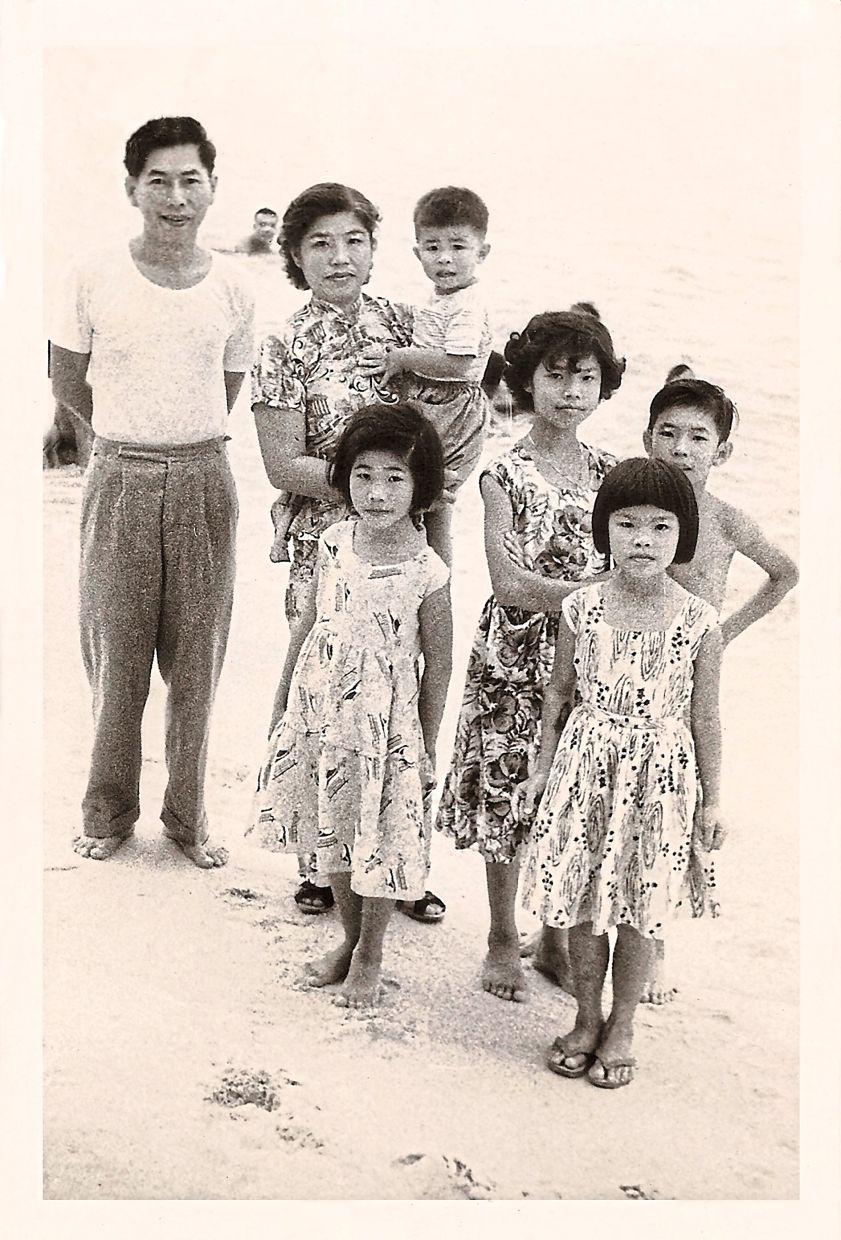 From photos of murals that look down from walls and containers to picturesque scenes of the peaceful beaches that hug the island’s south-west coast to the hills surrounding Lorong Jog, fishing boats in Pulau Betong and Kampung Terang’s paddy fields, Cheah displays the hidden charm of Balik Pulau.

“Only such a long timeline – from Josephine’s growing up years and my 14-year involvement with this book – could enable us to truly observe the evolution of the village.

“That is something I will cherish. I am always happy to welcome the river of progressive development but the essence of the village and its community spirit is something intangible that should remain intact.

“I hope this book offers a glimpse into the past, a roadmap to explore the present and a voice for the stakeholders to ponder upon future decisions that will impact the entire village,” he concludes.

For Choo, the publishing of her first book has, in a way, brought her full circle to the place of her birth and childhood.

“On many visits, I have been surprised – and gladdened – by the appearance of new things: a farm, a walking or hiking trail, an eatery. As with everything else, given time, all things will evolve. Even Balik Pulau,” she concludes.