In the last few years, American author Andy Weir has been thrilling readers with exciting adventures beyond the planet Earth. His 2011 debut novel The Martian, the harrowing story of an astronaut stranded on Mars, was turned into a critically-acclaimed blockbuster movie in 2015, directed by Ridley Scott and starring Matt Damon.

In 2017, Weir returned to the spotlight with his second book Artemis, which took place on a city on the Moon.

What fuelled the plot of this interstellar adventure? Believe it or not, the idea came while Weir was thinking about actual fuel.

“I had always wondered, what could you do with a maximally efficient spaceship fuel? A fuel that would turn mass into energy, in the form of light, and send it out the back of your ship.

“If you had a fuel like that, you could fly around the solar system with a just few hundred litres of it. It would be amazing, it would completely change space travel as it is, ” says Weir, speaking during a recent Zoom interview from his home in California, the United States.

Through the conversation, Weir was affable and good humoured, peppering his answers with little quips and hard science references. One of his cats JoJo (he has two!) makes a surprise appearance during the interview, with Weir calling him adorable.

Weir’s Project Hail Mary is centred around Ryland Grace, a molecule biologist turned high school teacher. Grace is living a peaceful life teaching children, when he is suddenly contacted by Eva Stratt, the head of a United Nations Task force. The Earth is facing a dangerous threat, and his scientist background makes him one of the few people qualified to deal with it.

The sun is getting dimmer. Something is slowly destroying it, which could lead into a catastrophic new ice age. Grace is brought aboard Project Hail Mary, a mission to the nearby star system Tau Ceti, which might hold a solution to this problem.

“If I told the story linearly, it would be a very strange story. All the stuff on Earth, as they are discovering what’s going on with the stars, is really fast, it just skims through time, bit by bit.

“And after they launch the Hail Mary, you never see a lot of the characters again as we move to space. It would be a weird story. So I decided the best way for me to tell the story was to have flashbacks to the stuff on Earth, and a good way to have that was by giving the character amnesia, ” elaborates Weir. 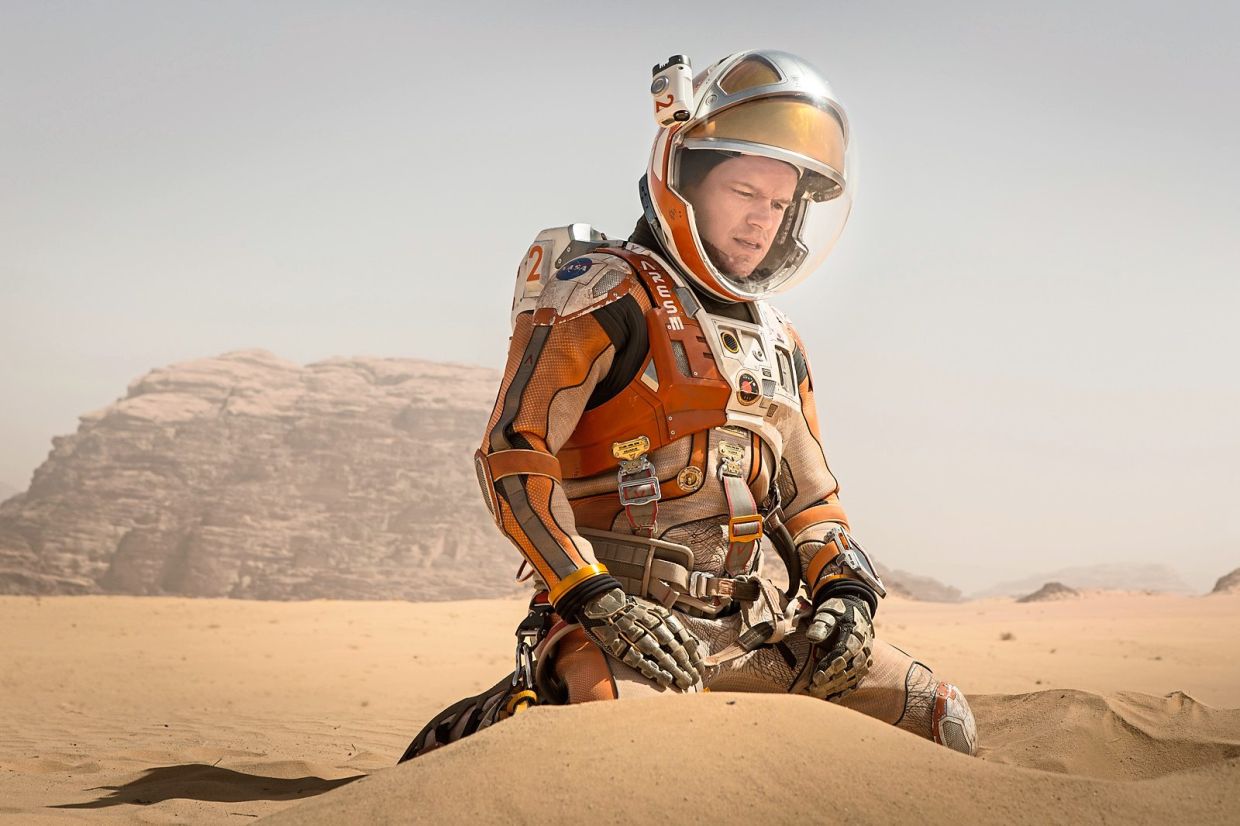 'The Martian' was a 2015 science fiction film directed by Ridley Scott and starring Matt Damon. It was based on Weir’s debut novel of the same name. Photo: Handout

Project Hail Mary, the author reveals, took the most research and fact-checking work compared to his previous two novels. To write this book, Weir had to delve into a variety of heavy subjects, including space travel, relativistic physics, biology, chemistry, stellar physics, exoplanets and even linguistics.

In the past, Weir’s books have been commended for taking heavy scientific concepts, and packaging them into lighter, easily-understandable content that even the most scientifically-challenged readers could pick up on.

“Firstly, the reader really wants to know the science that forms part of the plot, so they can get immersed in the story. So that already helps. My main tool is humour. The reader will pay attention to whatever you’re saying if you can make them laugh, ” he adds.

One of the highlights of the novel is Grace’s encounter with an extraterrestrial on Tau Ceti, who he names “Rocky”.

While Rocky is literally very alien to Grace, the two strike up a friendship.

“Many readers loved the character a lot, ” says Weir with a laugh.

Should we believe in aliens?

“I mean, the universe is so huge. There are so many galaxies and planets, I gotta believe that there’s intelligent life somewhere out there. But I also believe we’ll never be able to travel faster than light.

“And the nearest intelligent alien species might be a thousand light years away, which might mean it will take us a thousand years just to say hello. So I don’t think we will be interacting with aliens anytime soon, ” says Weir.

The masses might also be seeing Project Hail Mary as a film soon. Earlier this year, US entertainment company MGM obtained the rights in a US$3mil (RM13mil) deal, Phil Lord and Chris Miller are on board to direct, and Ryan Gosling is set to star.

“I think that’s fantastic. I really hope the film captures the friendship between Ryland and Rocky, and that it comes across really well. Because ultimately that’s what the story’s about, this unlikely friendship, ” explains Weir.

The author has made his way through the Mars landscape and created a sprawling moon metropolis in his previous books.

But if Weir had the chance to go on his own space mission to anywhere in the universe, where would he go?

“I think I’d give my chance to someone else. I write about brave people, but I’m not one of them! I don’t want to go to space. I’ll stay right here, thanks, ” says Weir, chuckling.

If you consider all the dramatic things that happened to his characters in space, we can’t really blame him him for thinking this way. While Weir may be happy remaining on our planet, lets hope his imagination continues to soar to places far beyond our galaxy.