Journeying through space to make it to a wedding on time 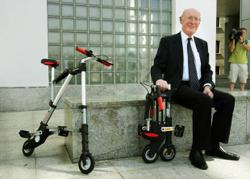 Kim wrote 'I'm Waiting For You' in 2014 for a friend who wanted to commission a science-fiction story with which to propose to his girlfriend. Photo: Harper Voyager, Hyeyoung

Not knowing if you can hold your wedding is an anxiety many couples will be all too familiar with of late, as Covid-19 pandemic restrictions throw nuptial plans into disarray.

In it, a young couple on different interstellar voyages try to synchronise their returns to earth so they can make it to the altar on time.

But the slightest deviation while travelling through space can mean delaying arrival on earth by months, even years.

As connections are missed, travel plans are derailed and the planet itself begins to fall apart, the couple keep trying against the odds to reunite at not just the same place, but the same time.

The epistolary novella is one of four in I'm Waiting For You And Other Stories, Kim's first short story collection to be translated into English.

Harper Voyager, an imprint of publishing giant HarperCollins, is bringing out the translation by University of Toronto PhD student Sophie Bowman and Singapore-based translator Sung Ryu.

Kim, 46, wrote I'm Waiting For You in 2014 for a friend who wanted to commission a science-fiction story with which to propose to his girlfriend.

"I thought, if it is a proposal story, at the end you have to meet the woman," she says in Korean in an e-mail interview.

"Then the story has to be about them not meeting throughout the unfolding novel and for that, the best thing in sci-fi is time delay due to the theory of relativity."

Kim had already explored interstellar time dilation in her 2010 novella People Journeying To The Future, about a young man travelling to the end of the universe and time.

In the same year she wrote I'm Waiting For You, the Sewol ferry sank. More than 300 people died, 250 of them high-school students.

"Despite there being no hope, everyone waited for these children to return, and actually they are still waiting even now," says Kim.

"As I was writing a novel about waiting that year, I posed the question, 'If we could not meet the person we love ever again, or feel certain that is the case, does that waiting have no meaning?'"

Whatever the odds of the fictional marriage happening, the proposal in real life was a success.

Unlike the male narrator, who spends much of his voyage isolated in space, his bride-to-be winds up a refugee in a crowded ship. "If the man suffered loneliness stemming from lack of people, I wanted the woman to experience loneliness in the midst of a crowd."

Kim's works can deal with philosophical concepts that are vast, even mind-bending.

The collection's other pair of interlinked stories, The Prophet Of Corruption and That One Life, draws on Korean mythology and Buddhist cosmology to imagine a realm of the afterlife and the ideological conflicts of its immortal inhabitants.

Chinese science fiction in translation has taken the world by storm in recent years, riding on the acclaim of works such as The Three-Body Problem (2014) by Hugo Award winner Liu Cixin.

Korean science fiction has yet to gain such a international profile, but it is poised for a breakthrough with translation deals lining up for the likes of Kim and Bae Myung-hoon, whose collection Tower was also translated into English by Sung Ryu last year.

Kim, who is now working on a Buddhist mythology-inspired fantasy novel about exorcists of human desire, has another collection coming out in English later this year, On The Origin Of Species And Other Stories.

The author, who is single and lives with her family in Gangwon province, rose to prominence in the 2000s after winning a literary contest when she was 29.

She is a two-time winner of the annual South Korean SF Novel Award and served as a consultant for South Korean director Bong Joon-ho's dystopian film Snowpiercer (2013).

She says that when she published her first novel, readers considered it a flaw that she was born in Korea and said it would have been better if she had been from overseas.

She begs to differ. "I don't think I could have written novels like this if I was born abroad."

Korea, she says, is experiencing a science-fiction renaissance.

"During the whole time I've been alive, there have never been more sci-fi novels pouring out than nowadays. - The Straits Times/Asia News Network