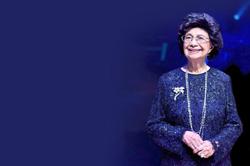 The pandemic doesn't discriminate. The Malaysian Philharmonic Orchestra (MPO), with the state-owned oil and gas company Petronas as its main benefactor, is being forced to rethink its operations strategies to meet the challenges of a turbulent economic and social landscape.

“The persistent and unprecedented challenging market conditions brought about by the Covid-19 pandemic have made it necessary for the MPO to re-evaluate its business model to remain relevant and viable in the long run, adapting to the changing times and more importantly to the requirements of its audiences, ” read an MPO official statement, released today.

“The situation is not unique to the MPO alone, as other major orchestras around the globe have also been impacted by the pandemic and have had to take decisions and measures to re-invent or transform themselves, ” the statement continued.

The MPO statement is a response to a British classical music news site Slipped Disc report yesterday which claimed that the MPO will not be renewing the contracts of its orchestral musicians beyond the end of this year.

For this current season, the MPO website has listed down a multi-national cast of 71 full-time musicians, with German conductor Jun Märkl as music director. Gerard Salonga (the Philippines) is resident conductor.

Apart from their work on the Dewan Filharmonik Petronas stage, a number of MPO musicians are also involved in the Malaysian Philharmonic Youth Orchestra (MYPO) programmes, where they help coach and nurture young classical musicians. The MYPO is helmed by Naohisa Furusawa (Japan) as principal conductor.

Despite the DFP being closed for more than a year, the MPO kept itself busy with virtual programmes such as the "MPO At Home" series.

The MPO resumed shows with a live audience (limited seating) on April 17. It ran through three live performances from its 2021 season and closed its doors again on May 7 due to the movement control order (MCO 3.0) and pandemic situation.

On May 3, art institution Galeri Petronas, which is also funded by Petronas, ceased its operation as a public gallery after 28 years following a realignment of its operations model to adapt to the changes brought about by the pandemic. 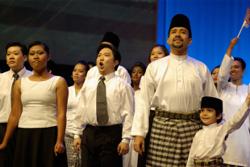