PJPac's opera show 'La Voix Humaine' this weekend has been postponed due to the MCO 3.0 announcement by the Government. Photo: PJPac

The dress rehearsal of Inner Thoughts, a poetry and music performance at the Kuala Lumpur Performing Arts Centre (KLPac), quickly turned into a sombre affair yesterday evening when its director Joe Hasham broke the news about the implementation of a new movement control order (MCO) in KL from May 7-20.

It left everyone devastated and some even in tears. All that Hasham and Datuk Faridah Merican, co-founders of KLPac, could do was just sit in silence, lost for words.

“We breathed a huge sigh of relief when it was announced that only Selangor would be placed under the MCO. It meant that we could proceed full steam ahead... or so we thought.

“To our horror, less than 24 hours later, MKN announced that KL will also be under the MCO even though the public was assured again and again that the rumours of other places being put under the MCO was fake news, ” says a dejected Hasham.

On Tuesday (May 4), a targeted MCO, affecting six districts in Selangor from May 6-17, was announced by the Government. The six districts are Petaling, Hulu Langat, Gombak, Klang, Kuala Langat and Sepang.

Inner Thoughts opens tonight (8.30pm) and is supposed to run till Sunday. Due to the MCO, all other shows have been cancelled.

“To say that we are devastated is an understatement. The whole situation could have been handled better and it frustrates us to no end, ” adds Hasham.

Also affected by the MCO is Backstage Bites, a private tour of KLPac that comes complete with a brunch spread and two workshops. 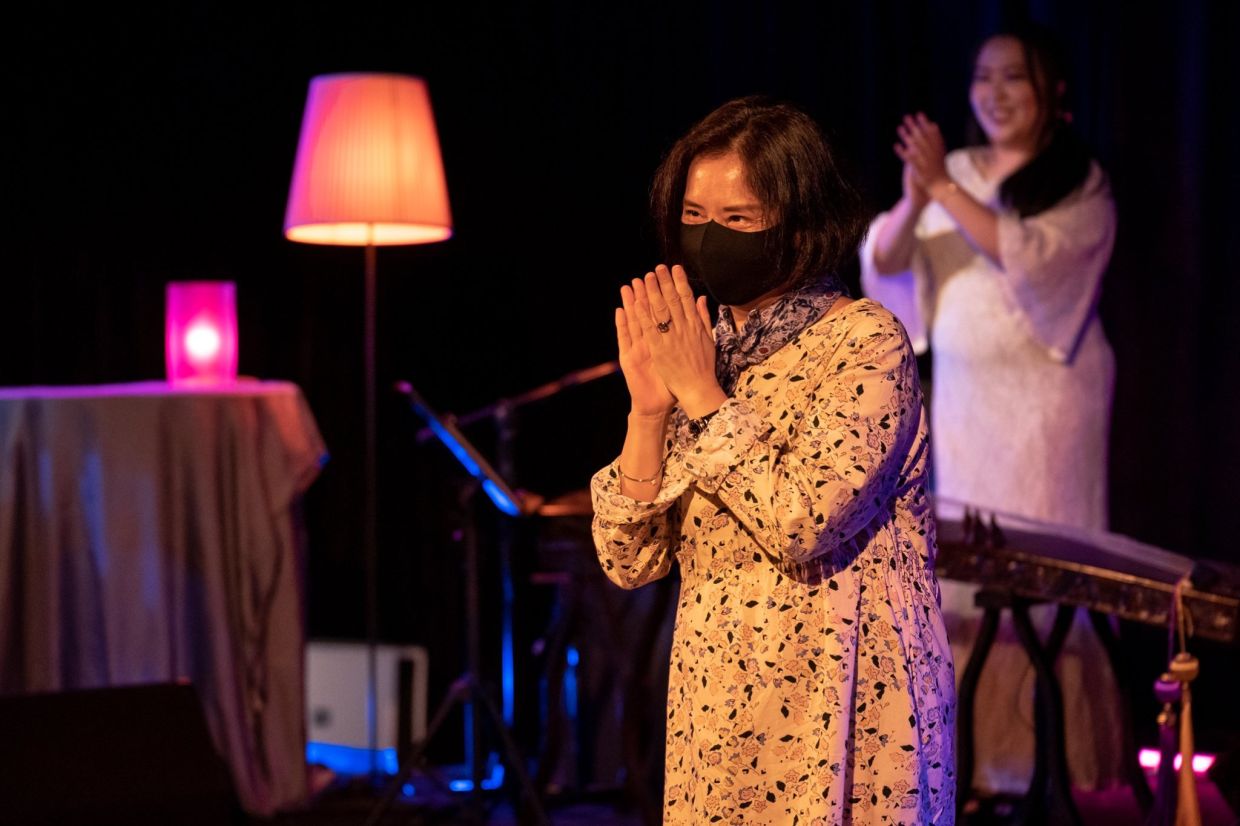 A scene from KLPac's show 'Inner Thoughts', which combines poetry, song and music. The show will play for only one night before KL enters the MCO phase on May 7. The rest of its dates will be postponed. Photo: KLPac

“If the MCO is extended, it would be disastrous for KLPac, The Actors Studio and many other arts players as we are living month to month with no cash reserves to see us through yet another prolonged period of closure as we have barely started our recovery efforts, ” says Ang Yue May, KLPac's head of marketing communications.

“This is another nightmare for Revolution Stage and other arts practitioners. We just survived a closure in March after raising enough funds to pay backlogged bills and rentals. We were just starting to breathe and now this.

“This MCO is really troubling because if it gets extended for weeks and months, it will severely affect our 2021 programming, ” he says.

Three Malaysian Philharmonic Orchestra (MPO) concerts at Dewan Filharmonik Petronas this month have also been affected by the MCO.

"With the announcement that KL will also be put under MCO starting tomorrow, with deep regret we wish to announce that all concerts scheduled between May 8 and 29 will be rescheduled to future dates," read a statement from MPO.

MPO made an emotional live return on April 17 after 13 months in the dark. 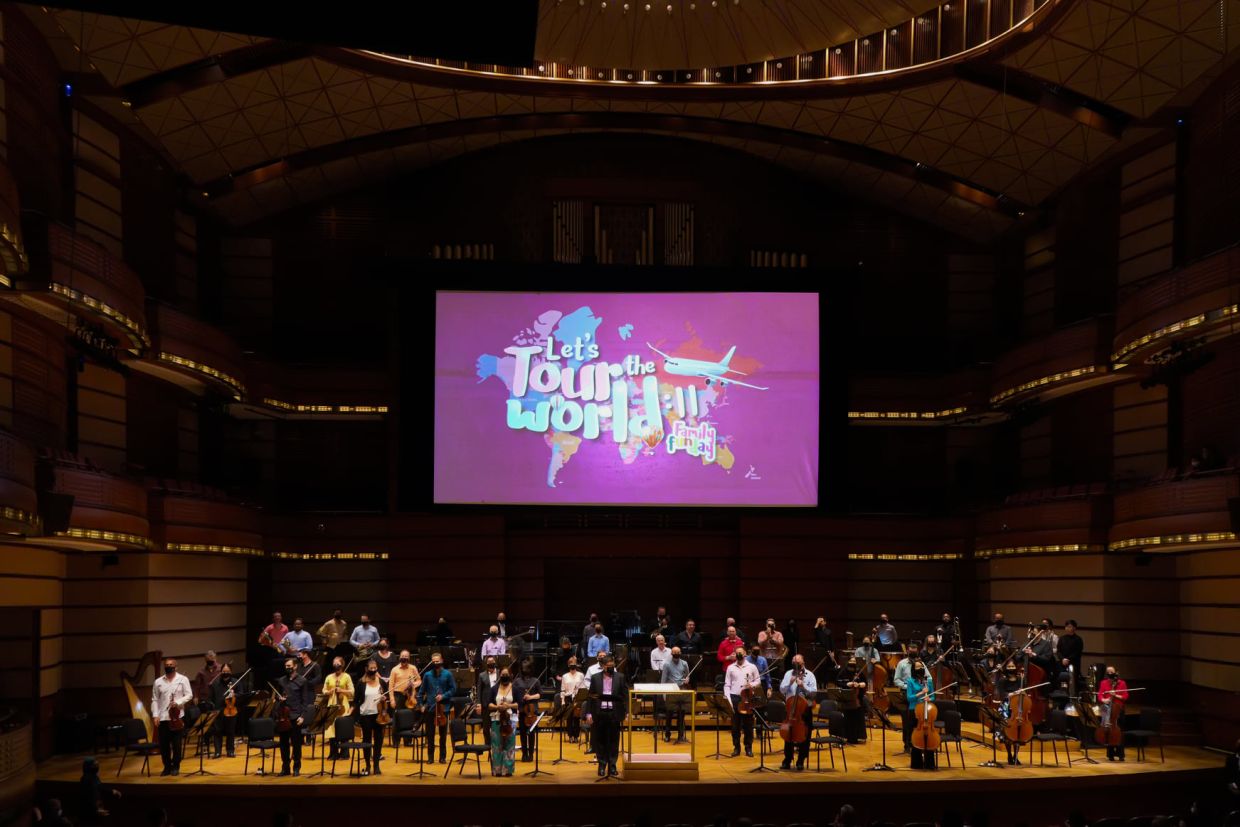 After 13 months in the dark, the MPO resumed shows with a live audience on April 17. It ran through three live performances from its 2021 season since then and will now close its doors yet again due to MCO 3.0. Photo: MPO

Now, all her hopes are dashed as the opera show had to be postponed to a later date. Refund details for the show will be announced soon.

“We are all living in uncertain times. As an artist, I accept this as a trial in my career and to test my resiliency as we have been preparing for the opera for almost two years already, ” says Chaing.

“I strongly hope that the MCO will not be prolonged and that the authorities have a comprehensive plan rather than to have ad hoc MCOs which causes much disruption to the creative industry, ” she continues.

PJPac's official opening is also scheduled on May 25. At press time, there is no word whether this will be postponed.

“We worked closely with the venue management team in PJPac to ensure that all Covid-19 SOPs and requirements are in place to ensure that audiences are safe when they come to watch our show.

“PJPac was very prepared for what was required for the venue to be safe with regular sanitisation activities and socially distance crowd control measures that we were confident that the performance could proceed in a secure and safe manner," says Christopher Ling, Theatrethreesixty’s co-founder and artistic director.

“We do hope that the authorities would consider to allow SOP compliant theatres and live performance venues to continue operating as without them, the performing arts practitioners continue to be at a disadvantage financially during this period, ” he adds.

Restoration of Hong Kong's State Theatre will take five years, but it is already a hit