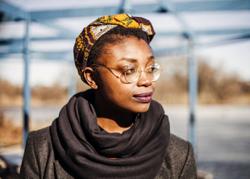 In the world of children’s books, villagers can protect their water from a black snake, dark skin is as beautiful as the night sky, and a little girl’s two puffs of hair can make her feel like she’s floating above the clouds.

Kids are seeing more of these possibilities in the books they read as authors make a bigger push to reflect the diversity around them.

Racial diversity in children’s books has been picking up since 2014, reversing a 25-year plateau, according to Kathleen T. Horning, director of the University of Wisconsin-Madison’s Cooperative Children’s Book Center.

But despite the gains, progress has been slow. Children’s books written by authors of colour in 2020 increased by 3% to 26.8% compared with 2019.

Children’s books written about racially diverse characters or subjects, however, grew by only 1% to 30%, according to preliminary data provided by the CCBC, which has been tracking statistics on children’s book representation since 1985.

Horning notes that it can take years for a children’s book to be written, illustrated and published, so whatever progress was made in 2020 may not be apparent until 2022 or 2023.

Still, Horning would like to see more people of colour writing about their own communities.

“We want people to feel empowered to tell their own stories, ” she said.

Ellen Oh, CEO of the grassroots advocacy US non-profit We Need Diverse Books, said one barrier to achieving diversity in children’s books is the myth within the publishing industry that books about people of colour don’t sell.

“Because of this myth, publishing never gives these books a chance, ” said Oh.

In reality, books written by and about people of colour have made it on the New York Times’ bestsellers’ list, including Hair Love by Matthew A. Cherry, Sulwe by Lupita Nyong’o and We Are Water Protectors by Carole Lindstrom.

When George Floyd was killed in police custody last year, kindergarten teacher Brittany Smith in New Jersey wanted to help students and teachers make sense of what happened so she made a reading list of anti-racist books for children.

Soon after, the list went viral on Twitter and many of the books sold out at major bookstores. Teachers and school districts incorporated them into curriculums and libraries.

Smith said finding books with diversity for her students requires extra digging and sometimes she feels limited in her choices.

“Last year showed us there is a need and want for these books, ” she said.

“I just hope this doesn’t stop.”

Keeping it going will largely fall on the shoulders of the publishing industry, which itself is lacking in diversity. That includes publicists, marketing teams, agents, editors and booksellers, as well as the teachers and librarians who get the books into children’s hands.

A 2019 diversity baseline survey by Lee & Low Books, an independent children’s book publisher centring diversity, found that 76% of the publishing industry was white.

Diversity was most lacking on the editorial side, where 85% of employees were white.

In the US, several grassroots efforts are trying to get around those barriers. For instance, We Need Diverse Books offers grants for marginalised writers and illustrators, markets books, organises book awards and mentorship programmes, distributes children’s books to schools, and has scholarship and internship programmes to help young people of colour enter the publishing industry.

Another option is for mainstream publishers to create imprints focused on diversity.

For example, HarperCollins recently launched Heartdrum, a Native American-focused imprint. Such efforts, both within mainstream publishing houses and through grassroots organising, is vital, said Nina Crews, illustrator of A Girl Like Me.

“When you see yourself reflected in the pages of a book, you’re part of the conversation, part of the story. You’re not ignored. It gives you a sense of ownership to the world that you’re in, ” said Crews.

“Every child deserves that.”

The consequences of children not seeing themselves in the characters they read about can be profound.

Angela Joy, author of the 2020 book Black Is a Rainbow Color, said that as people of colour become conditioned to only see white people as deserving of being in books, they may start to internalise that, further discouraging them from feeling comfortable representing their own communities.

When her own daughter writes, Joy said she pictures white people rather than characters who look like her.

“It breaks my heart, ” she said. “I want my child to see that she is worthy of being in the stories she reads and writes.” – AP 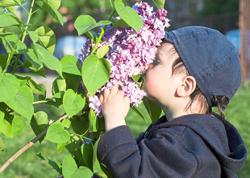 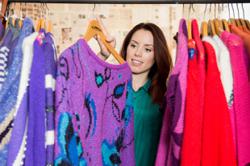