KLPac's show 'Bollywood Dreams' opened to a live audience without a hitch on March 24. Photo: KLPac

The preview show was presented to an audience of 140 at KLPac’s Pentas 1 theatre with physical distancing measures and limited seats.

Kuala Lumpur is still under the conditional movement control order (CMCO) until March 31, and to allow performing arts shows (under Government guidelines), Pentas 1’s capacity has been reduced to 168 people per show (full capacity is 504).

Directed by Datuk Faridah Merican, the Bollywood Dreams show has given KLPac a much-needed morale boost after the Malaysian performing arts and theatre scene being in the dark since last October.

“It has been a long, long time waiting but this dream is worth the wait. To see audiences filling up Pentas 1, we are truly excited to be able to finally get this show on the road and hopefully many more, ” says Faridah.

“As we gain the confidence of the public and the authorities, we hope that the restrictions will also be loosened as we are running now at only 30% capacity which is a total loss of 70% worth of seats. It’s a start though and we are grateful, ” she adds.

Tickets for Bollywood Dreams, which runs till March 28, have sold out for tonight and tomorrow. Limited tickets are left for the remaining shows. “During the rehearsals, it was tough to even picture us going on stage because of the uncertainties in the industry. So to step out onto the stage with the audience having their eyes on us, the lights, the set, and the overall feeling of everyone backstage was so surreal but so familiar... it felt like home, ” shares Skatu.

"Theatre is an exchange of energies between the actors and audiences. To be able give and receive love in a physical realm is nothing short of a miracle during a time like this," adds Ranessa.

Other theatre shows and performing arts programmes are also set to welcome a live audience in the coming days and weeks in the Klang Valley.

Petaling Jaya's DPAC's Black Box is presenting a dance double bill called N/2 (March 26-28), featuring James Kan and Lu Wit Chin. This show was supposed to happen in November, but was postponed due to the pandemic situation.

With this contemporary dance show, Kan and Lu, who first started working together 17 years ago, look set to explore new perspectives under the new normal while balancing both choreography and performer roles. N/2 will also feature lighting design by Amelia Tan (ADA and Boh Cameronian award winner) and multimedia art by Teng Lim. 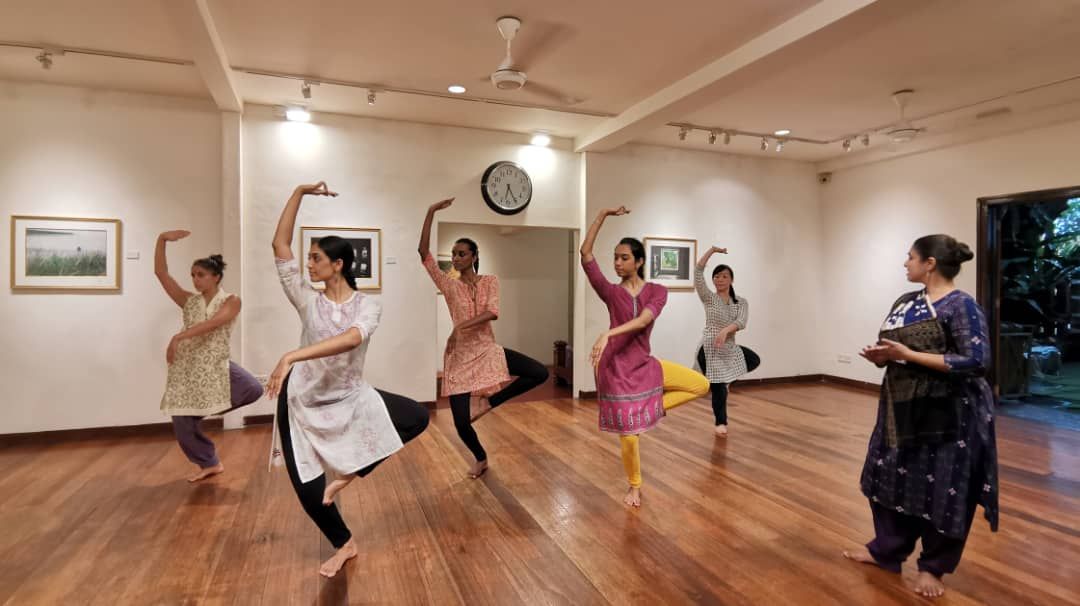 Parwati Dutta in rehearsal with the Sutra dancers for 'Triple Frontiers', which finally opens this April. Photo: Sutra Foundation

Sutra Foundation’s long overdue dance spectacular Triple Frontiers is set to finally take to the stage on April 9-11 at the PJ Civic Centre auditorium in Selangor, after it being postponed twice last year – first in March, then in October – because of the pandemic restrictions.

This triple-bill format, featuring the Odissi works of three dancemakers from India (Sujata Mishra, Parwati Dutta and Meera Das), will be performed by dancers from the Sutra Foundation and Sutra Dance Outreach Programme.

Masakini Theatre Company’s Hey Girl, directed by Sabera Shaik, will be on at Studio Ramli Hassan at Bukit Tunku in KL from April 1-3.

The play is written by writer Jennifer Rodrigo and will feature stage actors Josh Navin and Az’farr Baginda. Hey Girl is written for a solo performer but it will be presented in two different eight-minute performances by the actors. 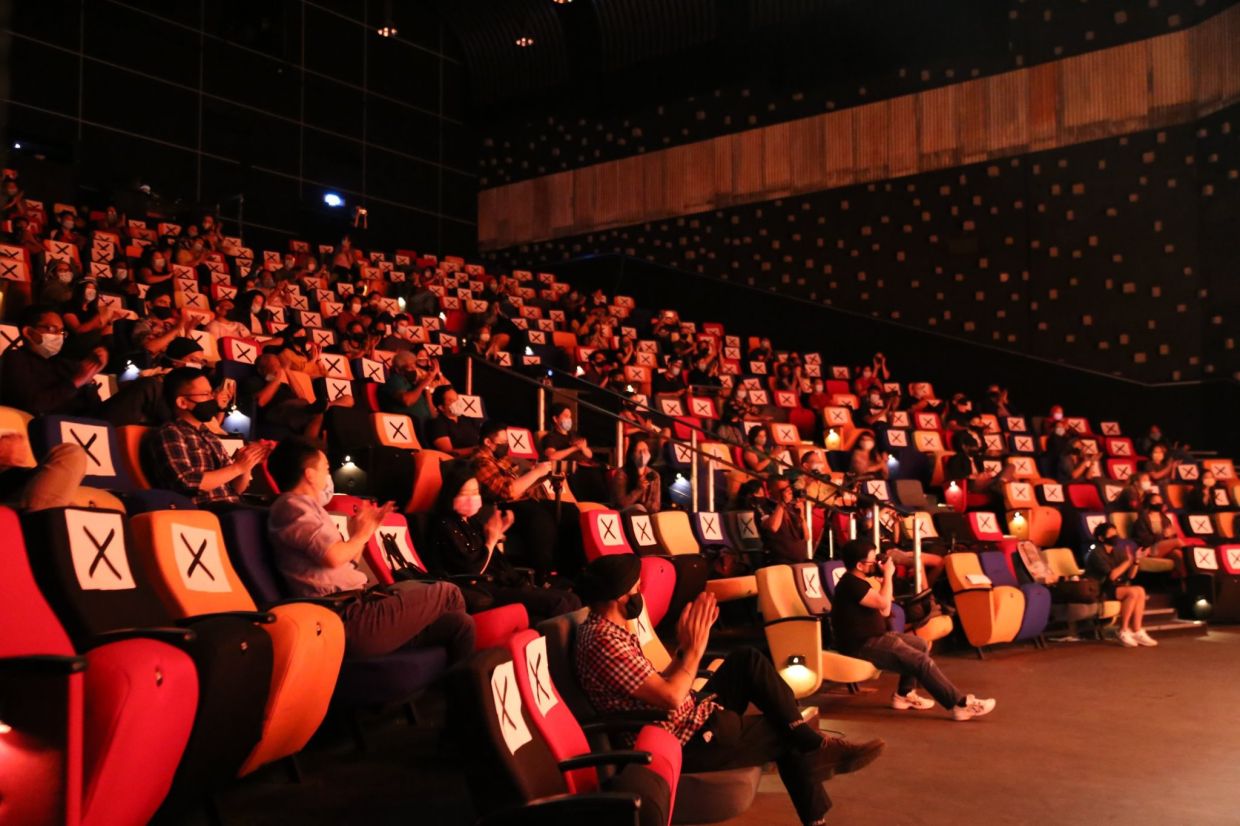 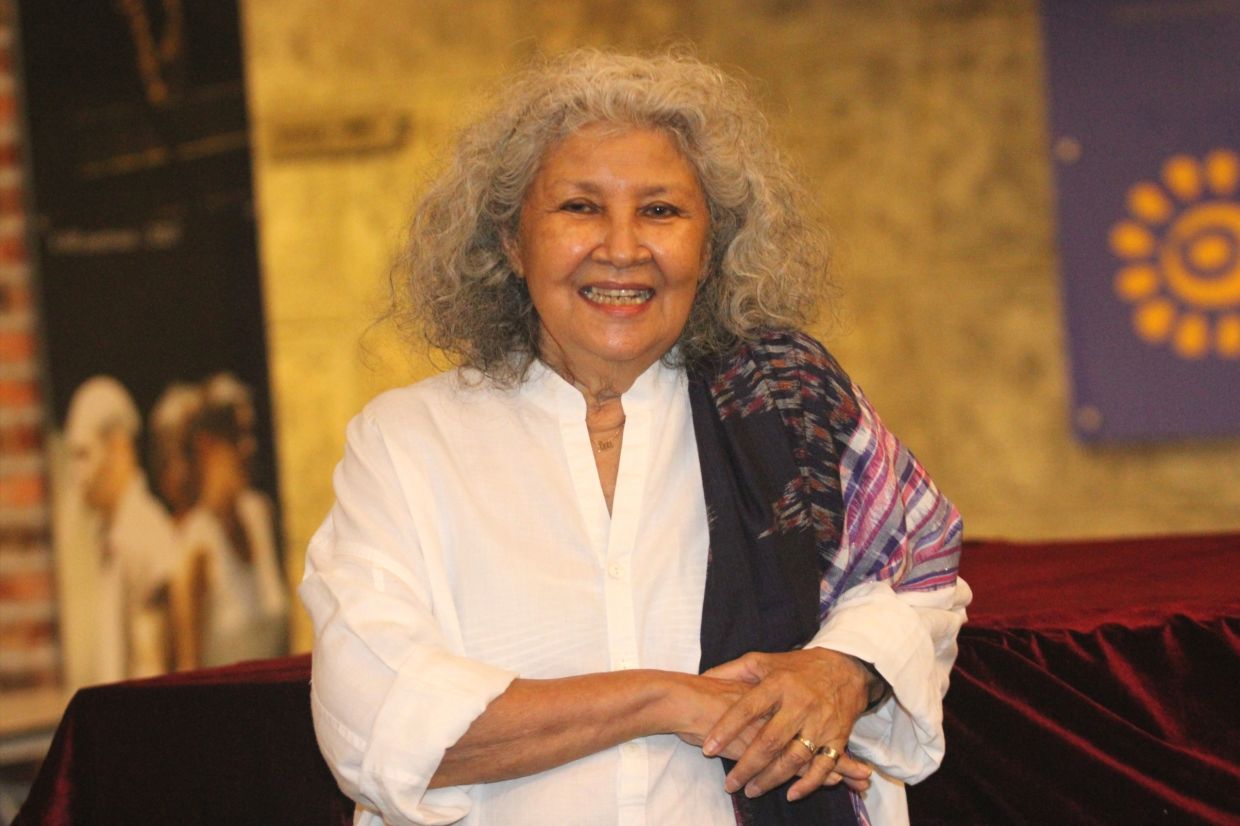 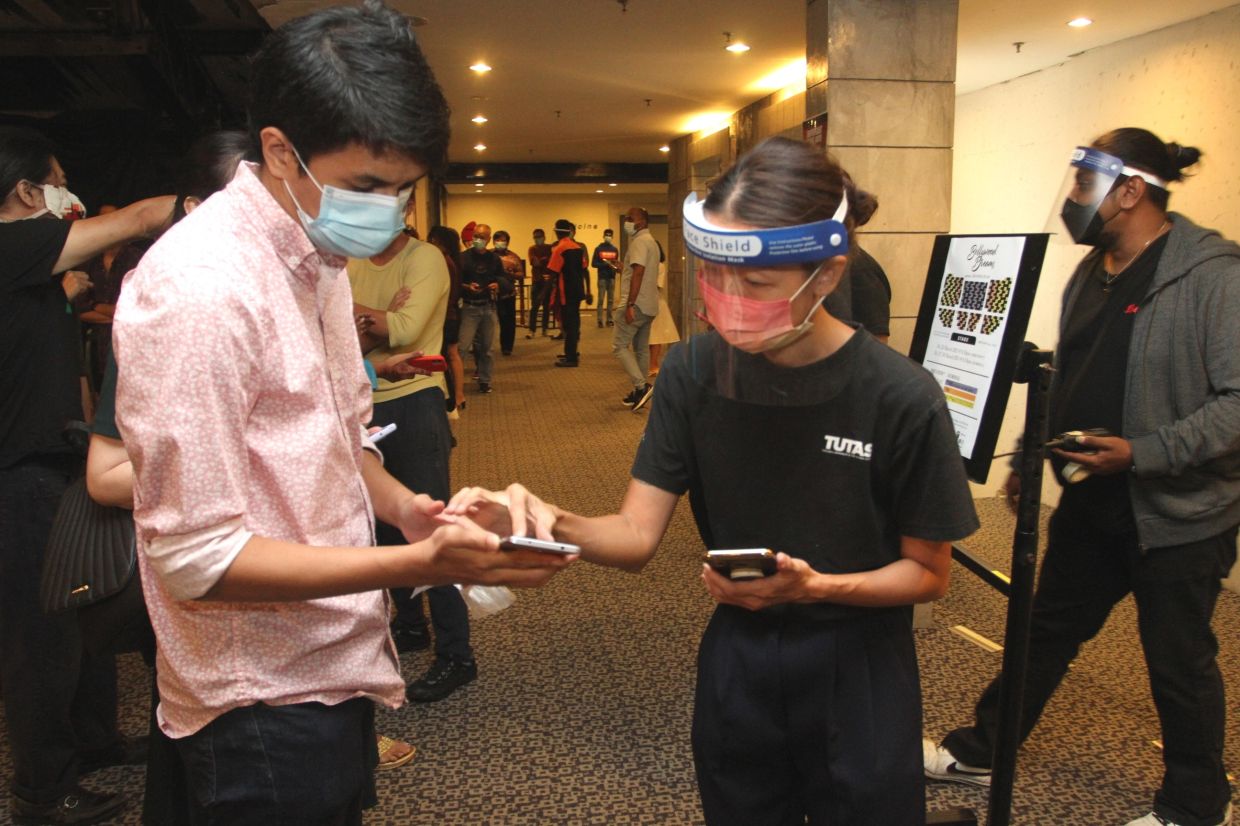 KLPac's show 'Bollywood Dreams' opened to a live audience without a hitch on March 24. Photo: KLPac

An orderly crowd patiently waited to get themselves scanned and their temperature taken before watching 'Bollywood Dreams' at KLPac on March 24. Photo: The Star/Shaari Chemat

'This is just the start... to have an audience back. This is also such a lift in spirits for all of us in the theatre community, who have endured so much but have never given up hope to have shows again, ' says Faridah. Photo: The Star/Shaari Chemat

Strict SOPs were put in place at KLPac for its first live show in five months. Photo: The Star/ Shaari Chemat

Parwati Dutta (right) in rehearsal with the Sutra dancers for 'Triple Frontiers', which finally opens this April. Photo: Sutra Foundation 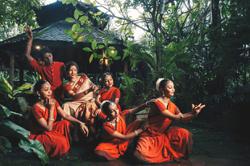 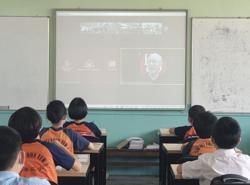