Not to forget the sleepless nights she had to endure, knowing that this music-inspired show, which was scheduled to run last June, had been in limbo for the longest time.

Due to the pandemic situation and the various movement control order restrictions, the performing arts and theatre scene nationwide had been in perpetual lockdown.

But Faridah is eagerly counting down the days to Bollywood Dreams show’s opening night at the Kuala Lumpur Performing Arts Centre (KLPac) on March 24.

KLPac is also set to reopen its doors to a live audience with this feelgood production.

“For the Malaysian theatre community in general, the wait has been a long one to get people back on stage and to have an audience through the doors, ” says Faridah.

“We have all had to pivot, to try out new things to keep theatre going, and be open to changes. This production went through many stages of planning and replanning, ” she adds. 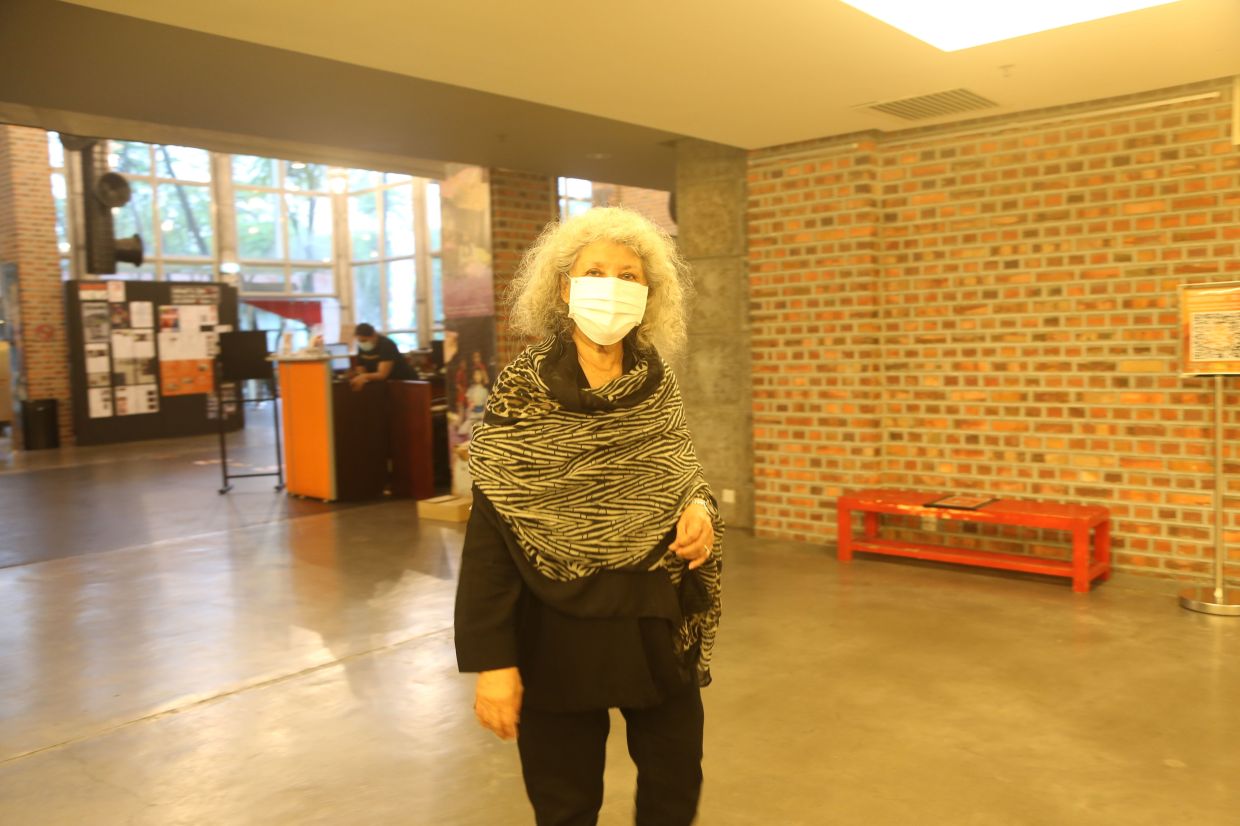 Despite the overwhelming odds, Faridah says she never lost hope in getting 'Bollywood Dreams' to the stage. Photo: KLPac

Faridah, 81, knew the challenges and uncertainties surrounding the staging of Bollywood Dreams, which was supposed to kickstart KLPac’s 2021 recovery programme. The stage production was shelved after the first MCO last year, and things looked rather bleak when Malaysian theatre venues went dark again in January.

“This show was meant for the stage. But I was open to the virtual theatre idea. If I needed to learn an entirely new skill set, I was more than willing to do it. The creativity remains the same, ” says Faridah.

Cancelling the show was not an option. A determined Faridah kept pushing hard to make this show happen.

“I would not be able to call myself a true artiste if I did not want to suffer through these rough times. There had been several other times when our resilience was tested, ” admits Faridah.

Rehearsals for Bollywood Dreams finally reconvened virtually in January, with the team gearing up for a virtual show.

Recording was planned on March 26 but all that changed when the Government announced that all events, shows or live performances in the creative industry will be allowed to be held with a live audience from March 10. Theatres and performing arts venues in the states under the conditional movement control order (CMCO) are allowed to have a 50% capacity audience.

Kuala Lumpur is under CMCO until March 31. It gives KLPac the morale-boosting opportunity to host a limited audience at the Pentas 1 theatre, with capacity of 168 people per show for Bollywood Dreams. The full capacity of Pentas 1 is an audience of 504.

“We feel a huge sense of relief as most arts organisations and events organisers are at a breaking point and in urgent need of earning... we now have a shot of surviving this whole nightmare and start our road to recovery, ” says Faridah.

The show will still be recorded during the preview nights (March 24 and 25) and will be streamed online via CloudTheatre tentatively in April. 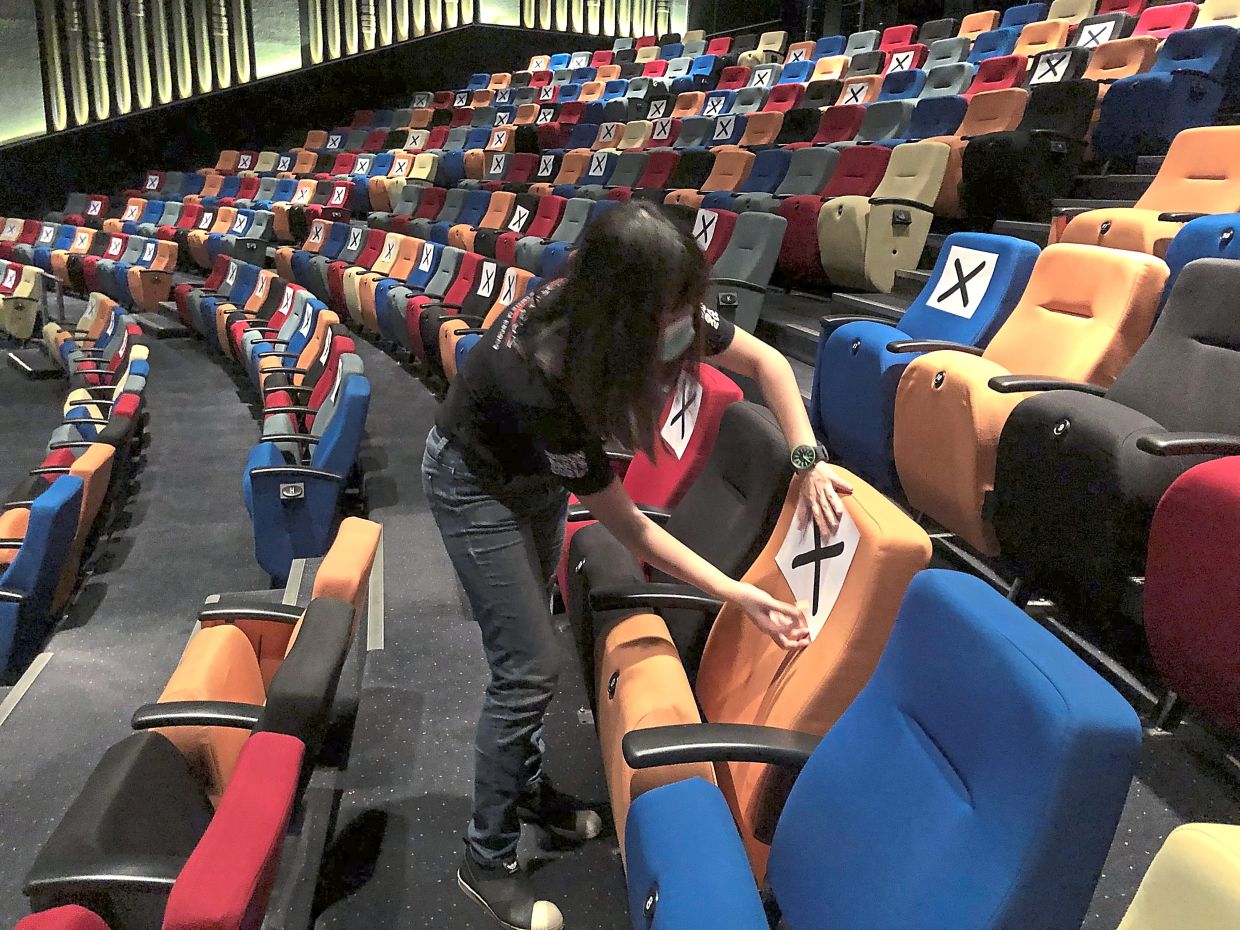 KLPac is welcoming back a limited audience - 168 pax - for it show 'Bollywood Dreams.' Photo: KLPac

The playlist features Bollywood songs from movies by Rishi Kapoor and Anil Kapoor and also a few Kollywood favourites.

But Pappu and Babu’s see their Bollywood fantasy dashed with the arrival of Aunty Rupa (Alyce Michelle Joseph), who left town years ago to become a movie star.

Faridah points out Bollywood Dreams is a tale about “looking for love.”

“Sometimes the idea of leaving home is enticing, what more if it’s a magical place like Bollywood. But what if some of us can never really escape?” says Faridah.

“To finally see it all come together and come alive after waiting so long is unimaginable, a mix of excitement, nerves, disbelief and hope.”

“Yes, Bollywood Dreams has taught us to hope and dream again, ” she concludes.

Bollywood Dreams is on at Pentas 1, KLPac from March 24-28. Showtimes: 8.30pm. All theatregoers will be required to follow public health and safety SOPs and Government guidelines, which include taking the temperature, wearing a mask, registration for contact tracing and observe physical distancing. More info here.

Despite delays, Malaysian painter finally opens her gallery with exhibit of women artists