"The paradox is that you can create quite a lot of emotion, when you have a voice that isn't inclined to express emotion."

Kazuo Ishiguro, the Nobel Prize-winning novelist whose works include The Remains Of The Day and Never Let Me Go, could be talking about a number of his characters, but in this case he's describing the main character in his new novel Klara And The Sun.

Klara, the book's first-person narrator, is not actually a person but an AF - an Artificial Friend, for sale in a shop window in a not-too-distant future society. She sits, hoping for sunlight and for a child to catch her eye and, maybe, take her home. This happens, eventually, and Klara And The Sun becomes a poignant, unexpected story about love.

Kazuo's first novel in six years, Klara And The Sun is one of the most anticipated books of the season, from an author who has spent four decades exploring language and emotion through his elegantly restrained fiction.

Born in Japan, he has lived in England since moving there with his family at the age of five, and published his first novel, A Pale View Of Hills, in 1982. Numerous awards and accolades have followed, including the Nobel Prize for literature in 2017 and a British knighthood (for "services to literature" in 2019; he's now officially Sir Kazuo).

Speaking on the phone from his London home in a relaxed, chatty interview, Kazuo acknowledged that Klara And The Sun is a companion piece, or "almost like a reply, emotionally," to Never Let Me Go, which also takes place in a future world and whose characters have a similar disconnection with humanity.

But it didn't start out that way.

"Klara's genesis is more like a doll or a soft toy, in one of those stories for five or six-year-olds," he said, noting that he'd always loved how books for small children create a connection between text and illustrations.

"One of the things I find really poignant about those children's books - you sense in them our need to keep children of that age sheltered, from the harsh realities of what's in front of them. We are trying to say, both in the words and the pictures, that the world is a kind, smiling place, it's nice and gentle. 'The role of science in our lives has changed spectacularly, just in the last 20 years or so. And along with that, I think this label 'science fiction' has come to stand for something quite different these days, ' says Kazuo. Photo: Jeff Cottenden

"And yet, when you look at a lot of those drawings, you can see that we don't want to deceive the children. There are these subtle hints about difficulties, the sadness they might encounter... A lot of that was at the start of 'Klara.'"

Kazuo has long been interested in characters who feel more than they can express: Mr Stevens, the stoic, loyal butler in The Remains Of The Day showed us his heart, but never through his words. Klara, the author thought, would offer an interesting challenge: an artificial creature, but one who is bright and observant and fascinated by the world.

"One of the opportunities I realised that I had, having a central character like Karla, is that coexisting in the same character can be this great naiveté and the kind of piercing sophistication in terms of what she's learned about," he said. Neither child nor adult, she nonetheless has a life span (Artificial Friends, like any technology, can become obsolete).

"My hope was that readers would find her quite touching, even though they know that she is not human, because she keeps mirroring aspects of human experience."

He found that he could very quickly imagine what Klara's voice sounded like, and could write for it. Kazuo acknowledged that 'Klara And The Sun' is a companion piece, or "almost like a reply, emotionally," to 'Never Let Me Go', which also takes place in a future world.

"Usually I get to that point quite fast, where I don't have to think very consciously about the voice... It's like I can think in that voice. I've really done that with all my first-person narrators. I'm never really aware of stopping and thinking, 'How would this character phrase this?'"

Though Klara And The Sun was finished a few months before the pandemic hit, Kazuo's been trying to keep busy during months of lockdown with several projects. He's writing an English-language adapted screenplay of the 1952 Akira Kurosawa film Ikiru, about a Tokyo civil servant ("I've always found it a very moving film, and I always thought it could transfer very well to Britain in the 1950s"); he writes songs in collaboration with British musician Jim Tomlinson; and he and his wife, Lorna, have been reading "long things that we haven't read in a long time."

Among those: War And Peace, which he found not entirely satisfying on second read, though "obviously, it's still pretty good." He's pondering his next novel, possibly about "Europe, and buried memories."

And he's thinking about science fiction - what it was, and what it is - as the question keeps coming up when he discusses Klara And The Sun.

"The role of science in our lives has changed spectacularly, just in the last 20 years or so," he said. "And along with that, I think this label 'science fiction' has come to stand for something quite different these days."

He described how, until recent years,"science was this thing that was just for people who were interested in it," but now, as we all breathlessly await news in coronavirus research and climate change,"not to be concerned about science at some level, in our writing and in our thinking, now seems comparable to not being interested in politics. It just seems like such a huge hunk of where we are, as a civilisation at the moment, that you're missing if you don't pay attention. 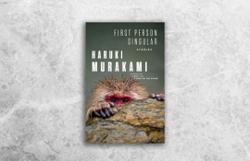