Theatre practitioners are unhappy that under the new MKN guidelines, live performances are allowed but must be held without a live audience. Photo: Filepic

Under the new guidelines, all events, shows or live performances in the creative industry are allowed but must be held without a live audience.

Understandably, many arts and culture practitioners are unhappy with the guidelines. After all, cinemas are allowed to resume operations starting March 5 with a 50% capacity.

“We are grateful for the efforts and diligence of the Malaysian Government in safeguarding the rakyat from further Covid-19 infection and balancing that with ensuring the economy of the country continues to grow.

“However, the decision to not allow the audience (in the performing arts scene) is disheartening. If other industries such as weddings and cinemas can open with 50% capacity while following strict SOPS, why are the performing arts not given the same SOP?” says Brian Kwan, theatre manager of the yet to be opened new performance venue the Petaling Jaya Performing Arts Centre (PJPac).

“To say that our industry has been allowed to reopen, operate and have such activities like shows and live events but without the presence of audiences is bewildering.

“We were concerned that the arts would be left behind once again and it seems our fears have come true, ” says Ian Chow, the Kuala Lumpur Performing Arts Centre’s (KLPac) group general manager.

“The performing arts industry depends on live performance with the audience. Performance without an audience with whatever SOP, does not help our industry, at all, ” says Ooi.

“We are puzzled by the move as the government doesn’t appear to have listened to the feedback from the community when the same decision was implemented during conditional MCO in 2020, ” says Instant Cafe Theatre’s producer CK Tan.

To address this, some industry players such as the Art, Live Festivals and Events Association (ALIFE) and the Cultural Economy Development Agency (Cendana) have put together a meeting on March 5 with the Communications and Multimedia Ministry, the National Security Council, the Health Ministry and the International Trade and Industry Ministry.

The meeting will be attended by a host of industry players, including KLPac representatives.

“We hope to convey the readiness of our industry to reopen with audiences, the evidence of how we successfully staged live shows with reduced capacities to permit physical distancing from July to October 2020 as well as the impact on our industry due to current restrictions, ” says Chow.

Tan hopes the government realises that “the arts are essential and not just ‘hiburan semata-mata’. Lots of livelihoods depend on the opening of the theatre venues. It should not be treated differently and the decisions of MKN should be based on scientific data.”

“In making determinations to reopen certain sectors of the economy, we ask that the Government not to forget the performing arts industry which employs in excess of 860,000 people and who are also meaningful contributors to the Malaysian economy, ” adds Kwan.

“MKN should not change the nature of any industries in its attempt to fight the pandemic instead it should assist in finding the best way to allow every industry to resume operation in a safe manner.

“It is unacceptable to us to have our hands tied and denied from having live performances which is the core nature of our industry when we see leniency given to others who do not even take SOPs seriously, ” says Ooi.

“I do not see any valid reason why MKN would not accept our proposal. I would like to think that they are sensible and care enough for the arts and live events, ” concludes Chow. 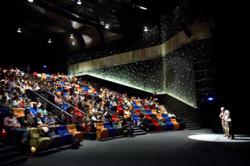 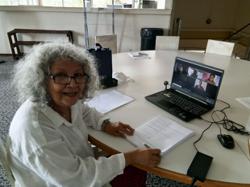