Chan hopes his book 'My Resilience Recipe' can inspire others to stay strong and find a way out of their difficult circumstances. Photo: The Star/Art Chen

It is not an exaggeration to say that Stevens Chan is the very embodiment of the saying “when the going gets tough, the tough get going”.

In November last year, the 58-year-old KL-born suffered from a cardiac arrest while he was in Seoul, South Korea and subsequently underwent a bypass surgery.

“I guess I still have work left to do, ” he continues.

That’s Chan for you. A man beaming with positivity. And productive, to say the least.

While recuperating, Chan ended up writing a book in April during the movement control order called My Resilience Recipe which is now available on Kindle.

Chan, a social worker, arts activist and social entrepreneur, says the 60-page ebook, which he took nearly three months to complete, is not so much a “how to” book.

“I’m just sharing my formula for resilience through my journey from being an entrepreneur to becoming blind and then a social worker, ” he offers.

Chan, who was once a businessman, became blind in 2007 due to glaucoma. Overnight, his world plunged into darkness.

But in a very typical Chan way, he did not throw in the towel. Giving up and self-pity, though it seemed easy, was not the ideal fallback plan according to Chan.

Determined to prevent others from having to go through the same experience, he founded the Malaysia Glaucoma Society in 2009 and another non-profit organisation in 2011 called Save Ones Sight Missions Bhd. 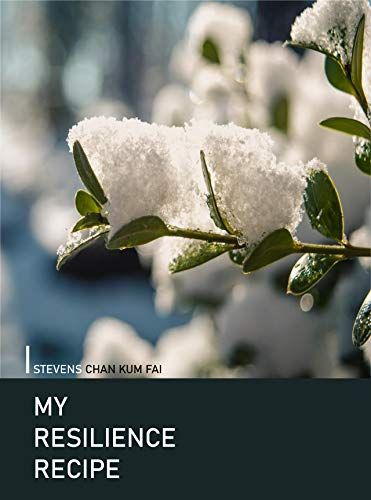 He is also the founder of Dialogue In The Dark Malaysia (Dialogue), a social enterprise that works to increase public awareness around preventable blindness. It also supports individuals with visual impairments.

“With the pandemic and the lockdown, I had time to do lots of reflection on the work we have been doing for the past nine years. That’s how the book came about, ” recalls Chan.

In this honest and thought-provoking book, Chan shares his past mistakes, the experiences, good and bad, that shaped him and dives into what it takes to be resilient in the face of life’s challenges.

He hopes that through his book, he could shine a light for those who are stuck in their circumstances and crippled with fear, not knowing how to move forward.

But writing a book was not all that Chan had been up to since his heart attack.

More recently, Chan was a panelist at the fourth edition of Singapore’s National Arts Council’s Art and Disability Forum where he underlined the importance of collaborations based on his hands-on experience running his social enterprise.

Anchored by the theme “Cultivating Collaborations, Increasing Access”, the three-day virtual forum (in October) brought together more than 10 speakers from Australia, India, Malaysia and Britain.

In continuing his theme of resilience, Chan and his team organised an online resilience workshop via Zoom for university students, facilitated by the visually impaired on Nov 21.

“We want to show to the young people that life will always be full of challenges and encourage people not to give up and be resilient, ” he says.

The first workshop session was held as a “trial run” according to Chan, with a few more of such sessions before making it official in January 2021.

Though a fighter, Chan is also a realist. He admits to worrying about his social enterprise after the pandemic left many Dialogue’s activities either postponed or cancelled.

One such event is the Art Includes Festival, which was held to create awareness of artists with disabilities and to provide a platform for them to showcase their abilities.

It includes an art and photograph exhibition, music, forums and more. After making its debut in Kuala Lumpur last year, Chan was hoping to run the festival again this year.

There were even plans to jump onto the virtual bandwagon but with the rising number of new Covid-19 cases and the conditional MCO still in place, the festival has been postponed to next year.

It is scheduled to be held from Dec 3-8, 2021 in conjunction with the United Nation’s International Day of Persons with Disabilities.

Another fixture that’s affected is the Dialogue In The Dark Experience Centre tours, located at The Weld in KL.

This is an experiential, hour-long tour where visitors are led by blind guides in groups through specially constructed dark rooms.

Chan started the initiative to empower the visually impaired and provide the disabled community with job opportunities and training via various programmes that he also runs at the venue under the Dialogue In The Dark Malaysia Academy.

But due to the pandemic, the tour had to be stopped and according to Chan, it has severely affected the social enterprise and its differently-abled workers.

“So we have pivoted some of our academic programmes and pushed our team forward.

“They have been doing a lot of telemarketing, selling pay-it-forward conferences, workshops and events. We are finding ways to survive and make ourselves relevant, ” says Chan.

In a way, Chan relates that the pandemic has also been a blessing in disguise for the academy. He says some foundations came forward and supported the social enterprise, like the Hasanah Foundation’s Hasanah Special Grant.

The academy’s second cohort, consisting 12 students, was supported by this grant. Chan says he is in talks with another organisation to lend support for the third cohort.

“Dialogue is not just about In The Dark. It’s also about games, silence and different kinds of experiences facilitated by different communities.

“It’s our dream to have them all in one common space, like a theme park. We are not giving up hope on this dream. We are talking to investors to grow our experiences which I think is important, ” he offers.

“Post Covid, there’s going to be lots of challenges. What if there’s a space to showcase how differently-abled people, despite their disabilities, manage to overcome challenges.

“This would be a great place for people to learn and experience empathy and resilience.

“I mean, if you’re talking about social isolation during this pandemic, all these differently-abled people have been living in social isolation for so long. And yet, they found ways to keep going and be motivated,” concludes Chan.