The artificial intelligence draws on the legendary American poets’ styles for inspiration when creating new verses. Users simply have to state their preferences as to the poetic form, syllable count and rhyme. Photo: AFP

Having a hard time with your rhymes? Fear not, artificial intelligence (AI) is on hand to help with writers’ block.

The strict meters of formal verse can be enough to have any aspiring poet doubting their vocation.

Now, Google is offering budding bards a helping hand with Verse by Verse, billed as an “AI-powered muse that helps you compose poetry inspired by classic American poets”.

As a starting point, the tech giant is offering wannabe wordsmiths and poets a choice of three big names from American poetry – including Emma Lazarus, James Weldon Johnson and Lydia Huntley Sigourney.

The artificial intelligence behind the tool then draws on the poets’ styles for inspiration when creating new verses. Users simply have to state their preferences as to the poetic form, syllable count and rhyme. Whether classic quatrains or couplets, or free verse full of blistering rhymes – you decide.

Once the parameters are set, the AI works its magic. After penning a first verse, the AI will offer several proposed continuations of the poem. While Verse by Verse could draw on the transcendentalism of Ralph Waldo Emerson for your second verse, it may provide a final flourish with the musical verses of Georgia Douglas Johnson.

“In this application, there are two models at work. One model, a generative model, was trained on classic poetry in order to learn how to create novel verses in the style of our cadre of poets. The other model, which uses the same semantic understanding technology as our other applications, was trained to semantically understand which verses best follow the previously written line of verse, ” explains Google on its website.

Although the Verse by Verse tool may draw dismay from poetry purists, this isn't the first time that artificial intelligence has tried its virtual hand at literature. Journalists from The New York Times and The Financial Times have developed algorithms capable of forming haikus out of news stories. This initiative may be highly original, but it could lead some to wonder whether robot poets will one day be winning major literary prizes.

There's no need to panic just yet, according to the American developer, Jacob Harris.

"The machine has no aesthetic sense. It can't distinguish between an elegant verse and a plodding one. But, when it does stumble across something beautiful or funny or just a gem of a haiku, human journalists select it and post it on this blog," he explains on the Times Haiku web page.

Whether you're a human or a robot, it's a hard life being a poet. – AFP 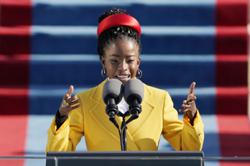 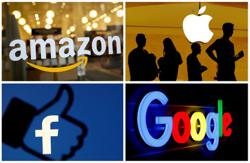