'Perfect Addiction' by Claudia Tan is set to become a movie by Wattpad Studios and Constantin Films. Photo: Claudia Tan

Several years ago, author/musician Claudia Tan suffered a painful betrayal. Her childhood best friend had cut ties with her to focus on her boyfriend, whom Tan did not like.

Tan was extremely hurt. To channel her anger, she decided to write a novel, featuring a female protagonist who also experienced a lot of pain in her life. She ended posting up the story on Wattpad, a website for writers to publish their stories.

The novel, titled Perfect Addiction, proved to be a hit. It racked up over 81 million views, and won the People’s Choice Award at the 2015 Wattys, an award for stories on Wattpad.

If that’s not impressive enough, the story is now making its way to Hollywood.

Tan’s novel is currently set to be made into a film by Wattpad Studios and Constantin Films. The film will be produced by Jeremy Bolt, who has previously worked on the Resident Evil movie franchise, with a screenplay to be written by Stephanie Sanditz, who developed Pyramid and Chat. Like Love.

“The movie is still in the very early stages of pre-production, but they are currently working on a script and trying to secure a director so that’s exciting!” says Tan, 22, in an email interview.

“It felt too good to be true. It still does. I don’t want to be too excited since we’re only in the beginning stages of the film being made, but I’m optimistic for the entire movie process to go fairly smoothly.”

Born in Kuching, Sarawak, Tan started writing when she was 15, getting her start on Young Adult books like Harry Potter and The Hunger Games. Soon, however, she became drawn to the potential of romance books, and decided that if she were to write a novel, it would be in that genre.

The novel is the story of a girl named Sienna, a kickboxing trainer, who discovers her boyfriend Jax has been cheating on her with her very own sister. She sets out to get revenge on Jax by training his arch nemesis Kayden in the underground fighting circuit to beat him and take away his championship title.

Boundaries then blur as Sienna and Kayden discover that they can’t deny the intense chemistry between them.

“At the time, I didn’t actually do any form of fighting or kickboxing! But nowadays, after being inspired by the book, I try to go for kickboxing class at least once a week, ” reveals Tan, whose favourite authors include Cassandra Clare, Sarah J. Maas and Meg Cabot.

Her novel can still be read on Wattpad: physical copies only exist in French, with Tan working with Wattpad Books to get them published in English.

Later, Tan pitched Perfect Addiction to Wattpad Studios, a new branch of Wattpad formed to connect writers to the publishing and film industries. To her delight, they took up her offer.

“I saw Wattpad as a training ground, a digital space where I could hone my writing skills and improve on them. So I definitely did not write those stories with the intention that they would be published, ” says Tan.

“I wrote on Wattpad because it was a community where we could share our stories, interact with like-minded people, and help each other improve. I think now, Wattpad has definitely revolutionised how publishing works; you no longer need to rely on an agent to get you those book deals.”

Does she have a dream cast in mind for Perfect Addiction?

Tan says she would love for Teresa Palmer or Hailee Steinfeld to play Sienna and Jacob Elordi to play Kayden.

The multi-talented Tan is not just an author. She’s also the co-owner of two small online fashion businesses called Revelation and Revive.

“I write pop songs, mainly bubblegum pop, and I would describe my music style as playful, cheeky and stream-of-consciousness. I like to write songs that reflect millennial experiences and struggles, ” says Tan.

She also reveals she had plans for other stories, including perhaps a sequel to Perfect Addiction. Fans would have to wait, however, as Tan is planning to focus on her music right now.

“My goal is for Malaysians to see that we can make mainstream pop music just as well as other Western countries. I’m sure I’ll be returning to writing novels at some point though.

“Be it song writing or writing novels, you bet I’ve got more stories up my sleeve to tell to the world, ” says Tan. 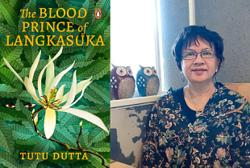