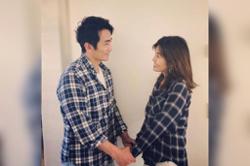 No Love For The Young (Tiada Cinta Selama Muda), a movement-based performance film by Moka Mocha Ink’s (Moka) Ridhwan Saidi, has been selected to compete in the Asian Feature Competition at the 31st Singapore International Film Festival (SGIFF).

“SGIFF is one of those festivals that empower new and upcoming filmmakers in our South-East Asian region, therefore it’s an honour to be part of it,” says Ridhwan, a playwright/novelist/director.

Produced by Moka in collaboration with BinFilem (a production studio that handles Moka's audio visual work), the 85-minute film, which will be screened on Nov 30 at selected Singaporean cinemas, explores the meaning of love and being young through movement-based performances.

Due to the pandemic, the SGIFF, which will run from Nov 26 to Dec 6, will take place both in physical cinemas and online platforms. Fara Kafli and Md. Fariq Khir in 'No Love For The Young'. Photo: Moka Mocha Ink

“We appreciate the selection by the programmer and their openness in accepting unusual works such as No Love For The Young," adds Moka’s co-founder, author Nurul Aizam.

Ridhwan says No Love For The Young, which will be presented in Bahasa Malaysia and English, is a completely devised film.

“There was no screenplay in the beginning. I wrote some movement-based texts, as a guide for our choreography.

“The movements and conversations were improvised collectively and off-the-cuff during filming,” recounts Ridhwan, 36.

Shot at several locations in Selangor (Kuala Selangor, Kuala Langat, Klang and Petaling) and in Kuala Lumpur, filming began in June during the recovery movement control order (MCO) and was completed in August.

“This film was shot as a response to the times we live in and to further explore human interactions and physical bonding,” offers Ridhwan.

He says love was used as the starting point, “in the sense that we know the meaning of the word but each of us has different understandings of how love affects our bodies, memories and essentially, our lives”.

No Malaysian screening is available at the moment.

The SGIFF is one of the oldest and largest film festivals in the region.It has become an attraction to fans of world cinema and South-East Asian films.