To dye for: Czech blueprint tradition alive and well in these pandemic times

For Jiri Danzinger, settling on a line of work was a no-brainer: he grew up in a Czech family with a long tradition in blueprint dyeing. The 40-year-old craftsman is the 11th generation of a family living off the Unesco-listed technique in the eastern village of Olesnice.

"Nobody ever forced me, but I also never had another job offer," said the bespectacled Danzinger in one of the Czech Republic's two surviving blueprint workshops, his hand resting on an age-old rolling press.

Blueprint, which made its way to Europe in the 17th century, uses so-called resist printing, which involves dipping a large wooden stamp - typically with a floral pattern - into a gum arabic paste.

Artisans like Danzinger then apply the pattern to white cotton fabric before submerging it in a tub of water dyed indigo blue.

When he pulls out the fabric using a creaky handle, it is blue but the design remains white.

Unesco added blueprint dyeing to its Intangible Cultural Heritage list in 2018 following a joint bid by the Czech Republic and Austria, Germany, Hungary and Slovakia - where the technology has also survived.

"We live in a poorer region so we use simple motifs such as clover or oat grass," said Danzinger, whose workshop has 250 different designs.

"Wealthier regions use fancier patterns," he added before smoothing wrinkles from a fabric using a rattling rolling press. Thanks to the Dutch East India Company, founded in the 17th century to trade with the Far East, blueprint made its way to the Dutch court and then to central Europe, including the Baltics and Poland.

"It was popular among aristocrats but then it spread to small towns and villages and the nobility abandoned it," said Vinglerova.

"For a long time, it was the only decorative technology the villagers could afford."

Danzinger's workshop makes a range of products from stuffed toys to bags, handkerchiefs and ties.

During the coronavirus crisis, it switched to making face masks after the government made face coverings mandatory in public. 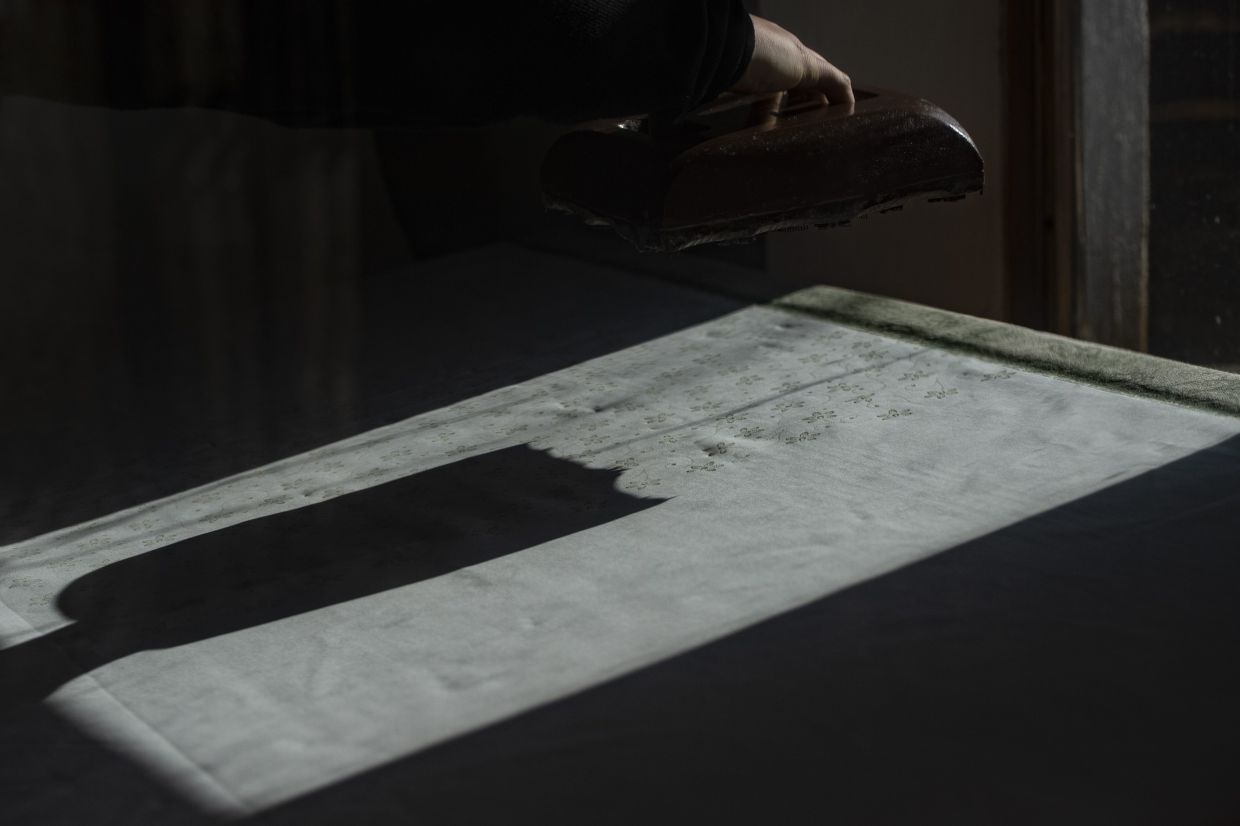 Danzinger prints with wax on a textile at his blueprint workshop. Photo: AFP

From one day to the next, "we were churning out face masks at full speed. We agreed it was necessary," said Danzinger.

The workshop first produced white cotton masks to hand out to local residents, but later also supplied the police as the country faced a nationwide shortage of medical material.

"When we met the demand after two weeks, we started producing blueprint face masks. We sold more than 1,000 of those by the end of June," said Danzinger.

In the renovated village house where he lives and works, Danzinger said he feels a lifelong "obligation" to continue what his ancestors started.

"People come and go but the craft will hopefully stay the same forever." - AFP