Have you had your greens? KL design collective launches a project inspired by 'plant music'

This music-meets-environment project, a collaboration with Fred Perry Malaysia, is a dream come true for the young group.

Room Circle, which specialises in illustration, design and branding, is keeping an open-minded creative vision whenever such multi-disciplinary projects crop up.

“We have always talked about bridging two different cultures, gleaning inspiration from both, and coming up with a single product that people can relate to. Botanika is a blend of design practice that uses music and sounds. This project encourages the appreciation of a physical music format (CD), combining it all with design practice and direction, ” says Syafiq Misrom of Room Circle.

The multi-tasking collective is completed by Najmi Arifin, Faiq Qayyum and Fuad Razak. 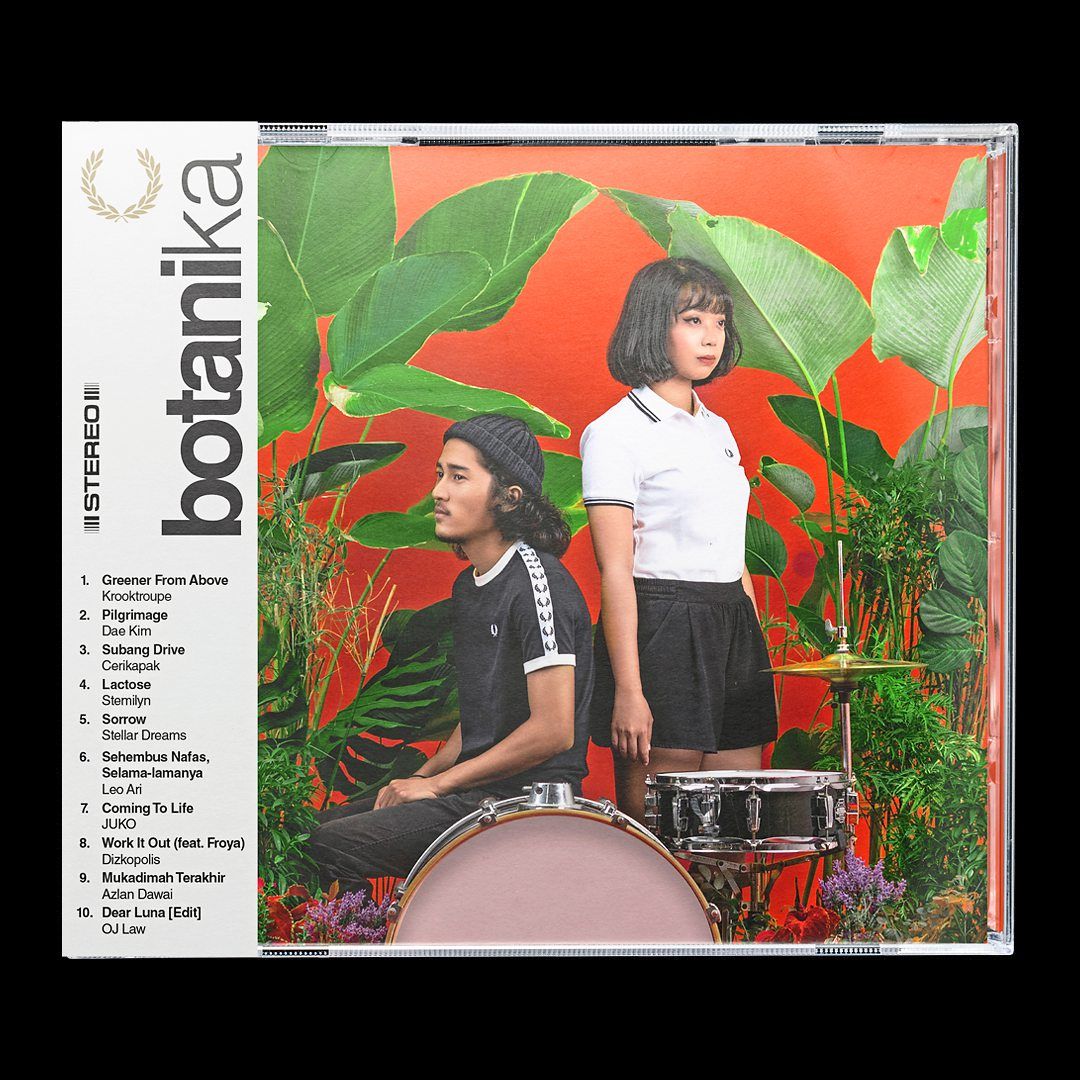 Najmi recalls how before Room Circle embarked on this project, he lost himself in Japanese graphic design works of the 1970s.

“One of my current favourites is Yusaku Kamekura, who created the visual branding for architecture festival Expo ‘70 (1970) and Tokyo Olympics (1964). This research led me to an album called A Story Of Forest And Water (1993) by Takashi Kokubo.

"I already knew Plantasia, but I have never heard ambient music quite like this before. I shared it with everyone in Room Circle and we all ended up loving it. We have one thing in common with each other: our love and passion for music, ” says Najmi.

The musicians featured in Botanika were selected by Room Circle, sent a brief and asked to suggest a piece of work to fit the concept of the album.

“It turned out that selected songs go very well together for this compilation. We envisioned Botanika as an evening drive playlist – warm, fuzzy and fresh. Imagine someone handing you a refreshing limau ais after you’ve had a long day at work. This is what Botanika makes me feel, ” shares Syafiq.

This mood is reflected in the album cover design, with the orange backdrop symbolising warmth, sunshine and the tropics. The abundance of plants is a nod to the nature element of Botanika’s soundscape.

“I hope that this album will make people think about nature and aspire to make a better future for all. Perhaps they will also be inspired to do something collectively, just as we did with this album, ” says Najmi.