Meet Darkseid, the DC villain who could rival Marvel's Thanos 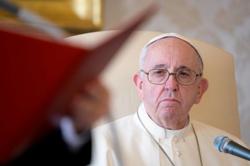 Darkseid, the DC villain that could arguably stand toe to toe with Marvel’s Thanos, turns 50 this year.

While Thanos single-handedly antagonised the entire Marvel Cinematic Universe, the DC Expanded Universe (DCEU) only had the likes of Steppenwolf, Doomsday, General Zod, Ares and Ocean Master to offer so far.

With or without the Infinity Gauntlet, Thanos’ genocidal charisma alone would easily outshine the entire DCEU’s rogues gallery – making the lack of a Thanos-level villain the DCEU’s biggest weakness.

Yes, there have been the likes of the Joker, Lex Luthor and Bane before, but none of them have been a universe-wide threat like Thanos. However, there is one character that could arguably stand toe-to-toe with Thanos, but was reduced to a passing mention in the Justice League movie – Darkseid. 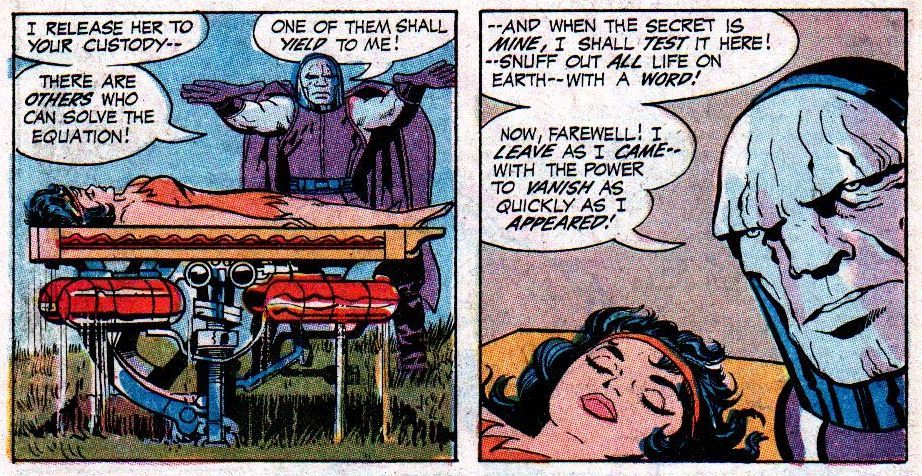 Believe it or not, Darkseid turns 50 years old this year, and was created by Marvel’s very own Jack “The King” Kirby in the pages of Superman’s Pal Jimmy Olsen #134 (cameo) and Forever People #1 (full appearance).

This week, we pay tribute to Darkseid in conjunction with his Big 5-0, while pondering when DC will unleash him in its cinematic universe.

When Kirby “defected” from Marvel to DC in 1970, one of his first creations was the Fourth World – a science-fiction meets mythology concept involving ancient space deities, aka the New Gods.

Portrayed as larger-than-life omnipotent beings, their lives were spliced by the never ending struggle between good and evil. However, this New Gods concept was just too revolutionary for its time and commercial profitability triumphed over both good and evil.

One good, or rather evil thing, that came out of the Fourth World was Darkseid, its lead protagonist.

The Dark side rises 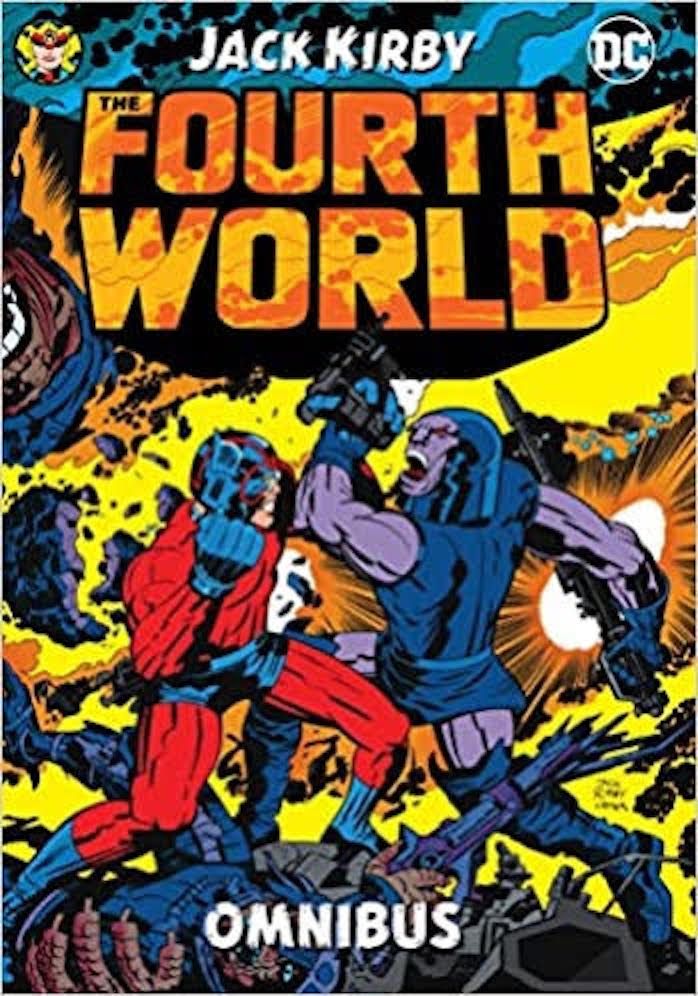 DArkseid was created by Jack Kirby for his Fourth World series.Formerly known as Prince Uxas, Darkseid is the son of King Yuga Khan and Queen Heggra. Uxas was the second in line to the throne of Apokolips until he murdered his elder brother, Drax, en route to claiming the fabled Omega Force.

His newfound powers transformed him into a Thing/rock-like creature, leading to him adopting the name Darkseid. Despite the bulkier look, Darkseid found love in Suli (an Apokoliptian scientist and sorceress). Their union blessed them with a son, Kalibak.

Darkseid’s joy was short lived when Suli died, as a result of being poisoned by Desaad under Heggra’s orders. In retaliation, Darkseid got Desaad to poison his mom, resulting in him becoming Apokolips’ supreme monarch.

Post Suli, Darkseid was briefly married to Tigra, whom gave birth to a son – Orion, who would later grow up to become Darkseid’s greatest enemy.

While most of Darkseid’s epic battles were with the Justice League, to understand his formative years, one must dip into the “scriptures” of the classic Fourth World-series, – Forever People, The New Gods, Mister Miracle and Orion.

The Fourth World involves two warring planets namely New Genesis (the heroic force led by Highfather) and Apokolips. A millennia ago, both planets were part of a same world aka Urgrund and their collective natives were known as the Old Gods.

Like Thor’s Ragnarok tale, the separation of Urgund happened when the Old Gods died. Post-Urgund, the resurrected natives of New Genesis and Apokolips became... the New Gods.

The warring planets reached a temporary truce via a diplomatic exchange of princes – Orion (Darkseid’s son) was sent to New Genesis and Scott Free aka Mister Miracle (Highfather’s son) went to Apokolips. This exchange eventually benefited New Genesis, as both princes ended up hating Darkseid.

In terms of ability and firepower, Thanos is arguably more powerful than Darkseid, especially when he possesses the Infinity Gauntlet. But Darkseid can match all of Thanos’ physical prowesses and even fire a disintegrating energy beam known as the Omega Beam from his eyes or hands.

However, what sets Darkseid apart from other villains is his preference to scheme rather than indulge in brute force. In this respect, he has a trump card that no other villains have – a genius-level proficiency in mathematics. This we discovered when he came up with the Anti-Life Equation, a formula for total control over the minds of sentient beings. 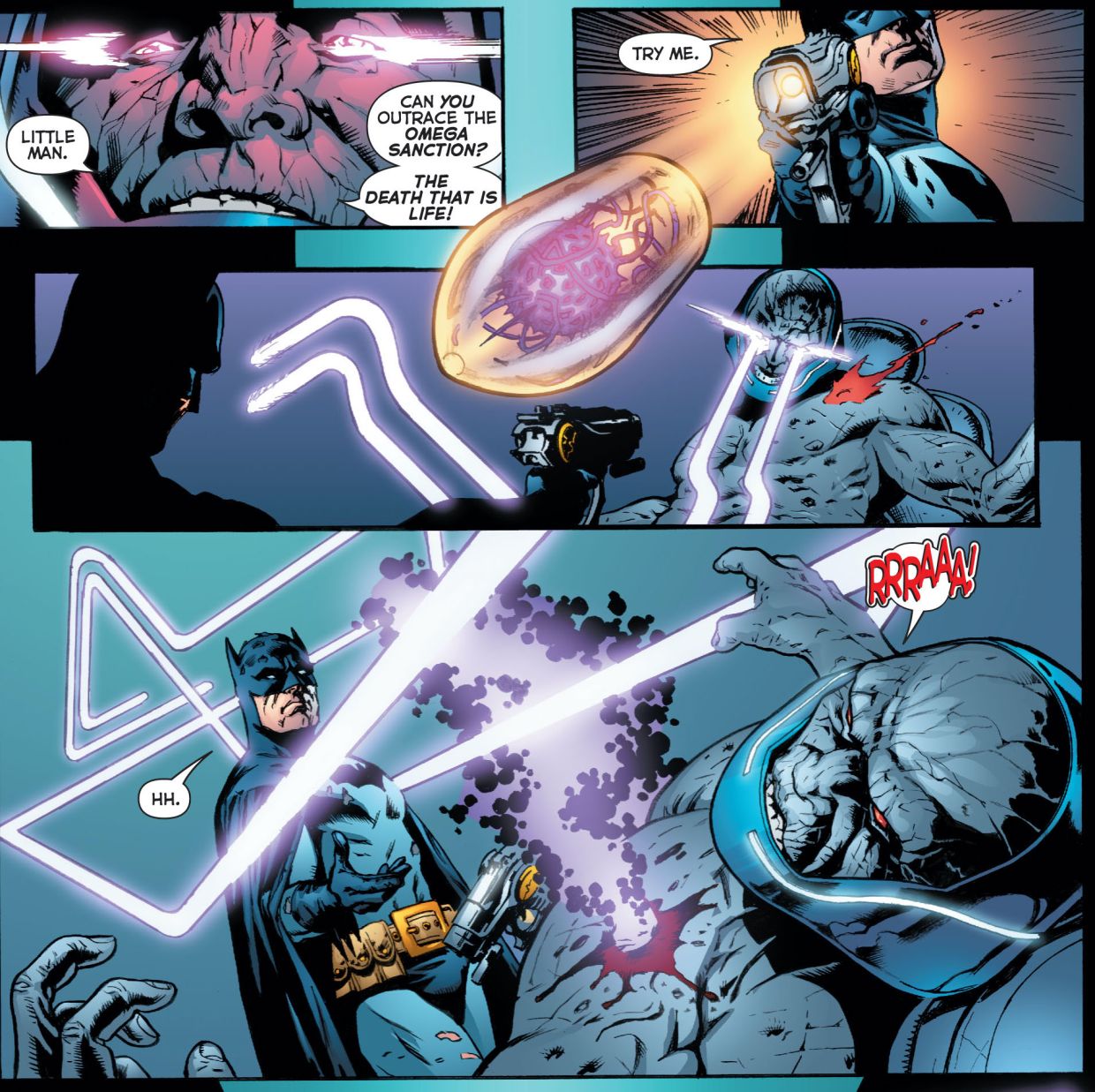 To achieve his goal, Thanos sacrificed half of the universe’s population and even his beloved adopted daughter, Gamora with a snap of his fingers.

Darkseid, on the other hand, has seen him chalk up a hefty bodycount as well, including his mother, brother, son and even “killing” Batman.

In Final Crisis, Batman did the unthinkable by shooting Darkseid with a “radion bullet” (tailor made for immortal beings). In retaliation a “dying” Darkseid blasted Batman with the Omega ‘Sanction’ beam, a beam that doesn’t kill and merely traps the victim in a series of alternate realities – with each worse than the previous one. 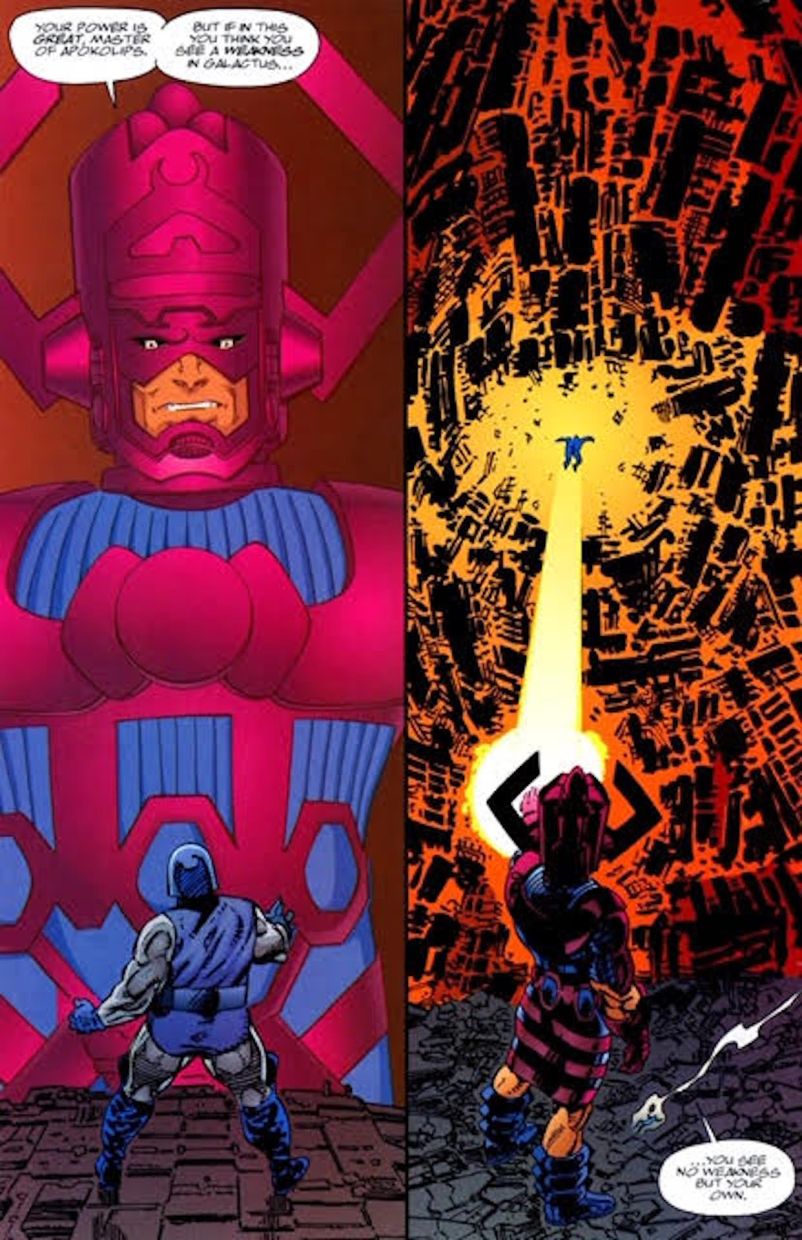 Darkseid versus Galactus? We'd love to see that on the big screen one day!Despite channeling most of his attention to the conflict with New Genesis, Darkseid did venture into the mainstream DC universe now and then.

Most significantly, he has faced off with the JLA, Justice Society of America and even the Legion of Super Heroes. His nigh invulnerability stature makes him a formidable punching bag for the likes of Superman and Wonder Woman. However, it wasn’t one way traffic, as Darkseid gave as good as he got.

One notable adventure is the 1995 DC-Marvel crossover – The Hunger, where Galactus attempts to devour Apokolips.

With a side event involving Orion and Silver Surfer, Darkseid’s master-schemer role hogs the limelight as he outwits the Devourer of Worlds.