When we last featured Malaysian-born Australian-based comics creator Stephen Kok in 2016, he had just released his debut graphic novel Tabby, which had been funded through crowd-funding platform Kickstarter (it raised about RM10,000).

The book, a dialogue-less tale about cats which Kok described at the time as “Romeo And Juliet with cats”, turned out to be a decent success for Kok in Australia and New Zealand, with public libraries in both countries featuring the book on their shelves.

Tabby helped kickstart Kok’s comics career, with his sophomore series 5 Seconds (about a man who can see five seconds) releasing its third volume last year. Today, the 40-year-old, who was born in Petaling Jaya and moved to Australia in 1988, writes for an Australian publisher called Comics2Movies, while continuing to develop his own original stories.

Worlds Of Wonder caught up with the Sydney-based Kok recently via email, to find out more about his current career as well as latest works, which includes a new graphic novel titled Word Smith.

Your path as a comic creator has been a bit more unconventional than most. Since the last time we interviewed you for Tabby, how has your career progressed so far? Word Smith is a steampunk fantasy adventure where words come to life, and in which skilled artisans can craft words that can invoke emotions.Things have gone well. I’ve writing under an Australian publisher Comics2Movies while continuing to develop my own stories.

Word Smith has been an amazing success for me and is in currently over 500-plus libraries worldwide, including Australia, Canada, New Zealand, Singapore and Britain.

I’ve been fortunate to pick up an arts grant (or two) along the way to help with the production of these stories!

Can you briefly tell us what Word Smith is all about?

Word Smith is a steampunk fantasy adventure where words come to life, and in which skilled artisans can craft words that can invoke emotions. For example the word “hope” can make someone feel hopeful.

I’ve always liked the concept that there’s a real power in words. The twist of the story is not all words have the same meaning to everyone. Using another example – does ‘home’ to you mean a house, or does it mean family?

The second volume of Word Smith should be in distribution in the next three months. However this will probably be delayed with the Covid-19 pandemic. The first full story arc is planned for approximately six to seven volumes, and I plan to do one volume per year. 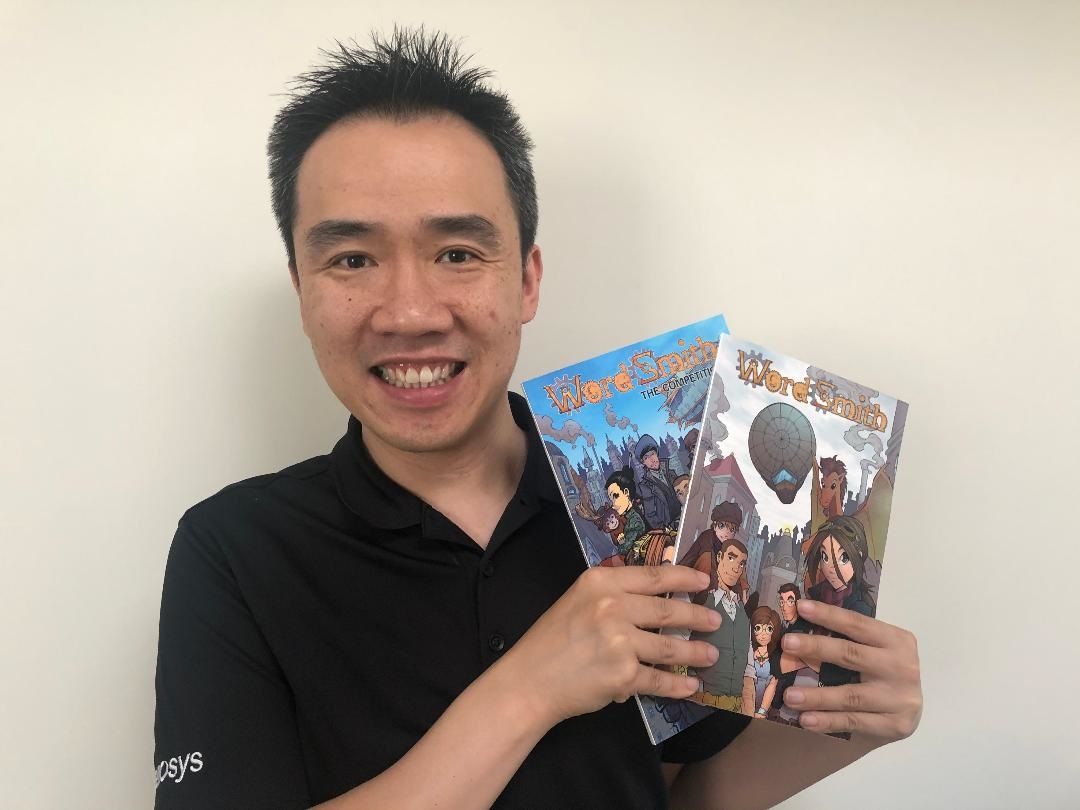 The Sydney-based Tan currently writes for an Australian publisher called Comics2Movies, while continuing to develop his own original stories.

Your works seem more geared towards children and young adults. Was there a reason you chose this genre?

I love the Pixar model of being able to tell a story that can be enjoyed by children and young adults, but still appeal to grown-ups.

In my works, there isn’t always a happy ending. A small spoiler – the first volume of Word Smith ends on a bittersweet note.

I make it a point to not to write down to children. They can understand sadness and pain too, so it’s fantastic that they can connect with these themes in my work.

In my first graphic novel Tabby, two kittens have to say goodbye. During school workshops I’ve conducted, the students were able to relate to that, as they had friends or family move away at some point in their lives.

Would you be interested in working on more mature materials in the future? 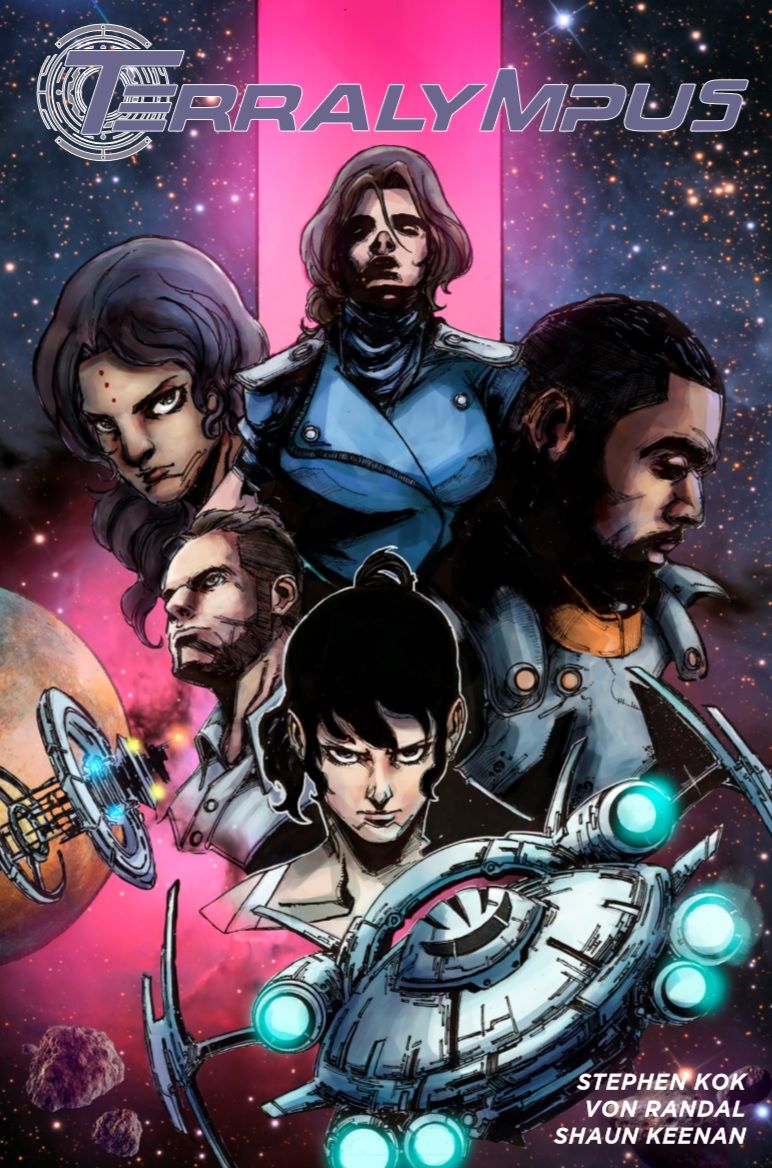 The plot of 'Terralympus' revolves around the last remnants of humanity living on a space station.Definitely! I am currently working on a dystopian science fiction graphic novel called Terralympus, for which I am the writer and co-creator.

The plot revolves around the last remnants of humanity living on a space station. It has been fun to write this as I grounded it in reality. I did a lot of research into closed loop systems and applied it accordingly.

The first volume of Terralympus was released in 2018 with volume 2 scheduled for later in 2020 or early 2021. It’s the primary property I’m working with Comics2Movies on, but I have also contributed some short stories to some of their other properties.

We heard there is an animated adaptation of Word Smith in the works as well?

Word Smith was lucky enough to be picked up by a Sydney-based animation company, Armchair Productions. I have completed the animation bible and sent it to them. After some tweaks and a sizzle reel, they’ll pitch it to broadcasters to see if they can generate some interest. If there’s interest, a pilot or even a short series can be ordered.

Unfortunately, with the Covid-19 pandemic happening now, all the animation conferences where Word Smith would have been pitched have been cancelled. I’m still quietly optimistic that when restrictions lift, a broadcaster will be interested in progressing the series. I would love to come back to you a few years from now and talk about how Netflix (or other producers) are just about to release the series!

Where can Malaysians read Word Smith and your other books?

Word Smith is currently in libraries all across Singapore and hoping to make the jump into Malaysia this year. All titles are available from Amazon Australia, Book Depository or online retailer.