Many Malaysians are probably familiar with the classic Malay folk tale Batu Belah Batu Bertangkup (The Devouring Rock). It was the subject of a novel by nationalist writer/journalist Abdul Samad Ahmad in 1936, and a black-and-white movie directed by Jamil Sulong in 1959.

Batu Belah Batu Bertangkup is the story of a mother who lives with her son and daughter. The mother loves to eat the eggs of the ikan tembakul (mudskipper), and looks forward to eating them one particular day.

However, she discovers her children have eaten all they have, leaving none for her.

In despair, she goes to a nearby rock with a cleft in it, and begs it to swallow her whole. The rock does so: the children are left alone and regret their actions. It’s a sad story with a moral of filial piety, and a warning against ingratitude.

But what if there was more to things than met the eye?

What if there was another reason the mother was taken by the rock? The recently released indie graphic novel Batu Belah: The Untold Story offers a different, darker version of this classic story. It is published by AlterEgo, with story written by Arkadia and art by Faezal Tan. It is also part of Faezal’s Evening Rumours Presents series. 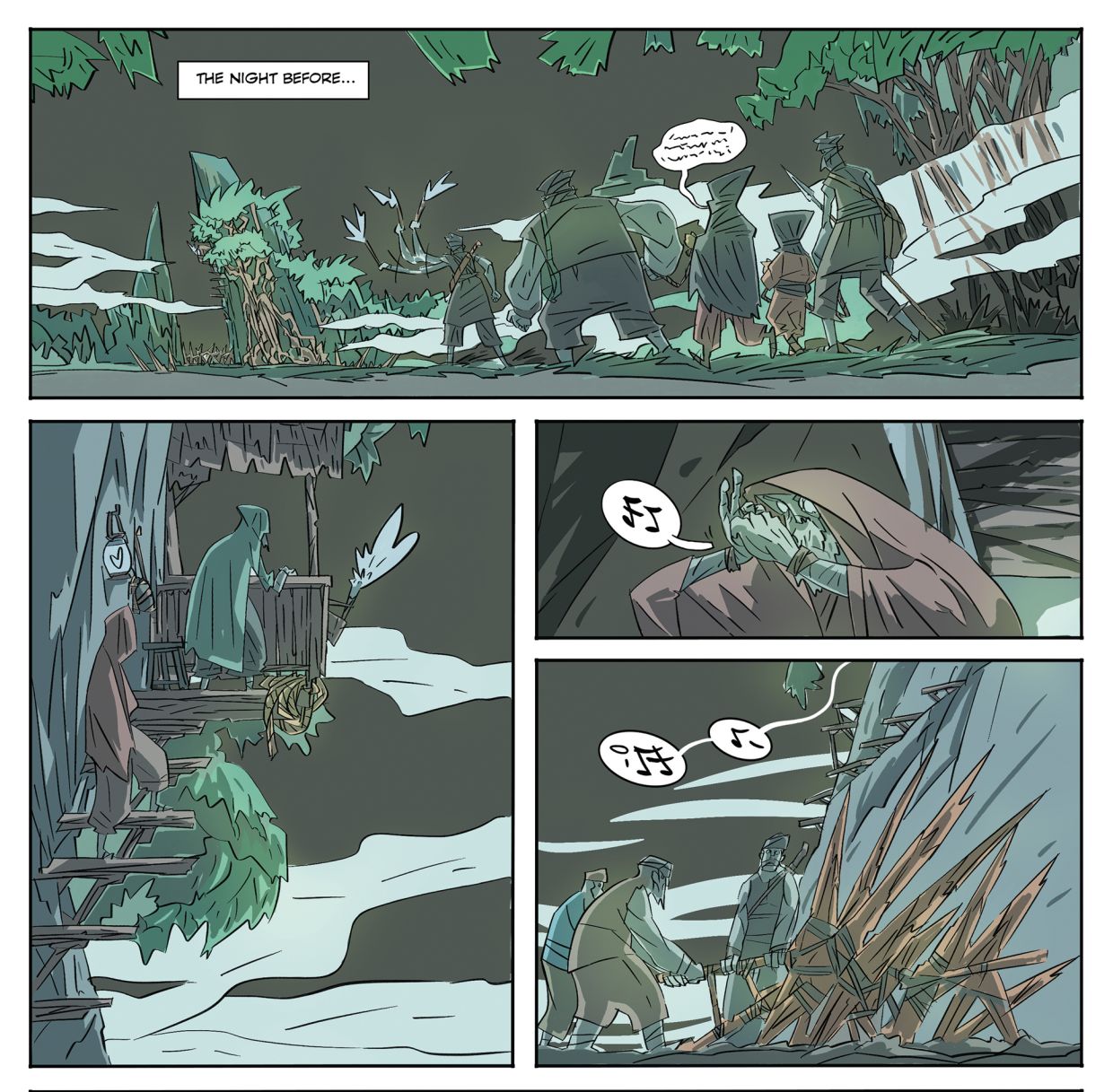 “My first exposure to this story came from the old black-and-white movie. In that movie, there was a lot about the ‘batu’ being cursed, and a spirit trapped there by a ‘pawang’ and so on. I recently watched it again, and I thought it was very interesting. I still don’t get the relation between the jin and all to the mother in the beginning though, ” says Faezal, 42, with a laugh.

“Our writer, Arkadia, however, had a different idea about the whole story. She made it more about a mother’s love, and her sacrifice for her children, ” he adds.

Faezal has been spending his downtime during this movement control order (MCO) organising his works at home in Bandar Baru Bangi, sketching new works and finalising an e-store to sell his works online next month.

“Faezal Tan” is the pen name of artist and creator Faezal Muniran (Tan is from a childhood nickname given to him by his family). Faezal is a KL-born talent known for his work on projects such as children’s sci-fi adventure series Dunia Asing (2008-2009) and Major Zombie (2010).

In 2007, he won a grant in the Digital Comic Competition for his comic project The Time Mission. He was also one of the winners in the Cerita Rakyat Malaysia Creative Competition, organised by MSC Malaysia and the Malaysia Digital Economy Corporation (MDEC), for his work in Si Bongkok And The Warriors Of Tanjung Puteri.

Batu Belah: The Untold Story first began with Faezal’s ongoing comic series Evening Rumours. This project started after he won a grant to create a digital comic in 2011. This grant stipulated that the work had to have a story based on local folklore or myth.

At first, this posed a challenge to Faezal, but soon he had an idea: what about a newspaper from 18th century Malaya, which covered strange and supernatural things?

“This newspaper would not be your normal paper. Imagine a version of Mastika from that time frame, with stories about things from out of this world, ” says Faezal, making a reference to the now defunct Malay publication renowned for sensational stories. 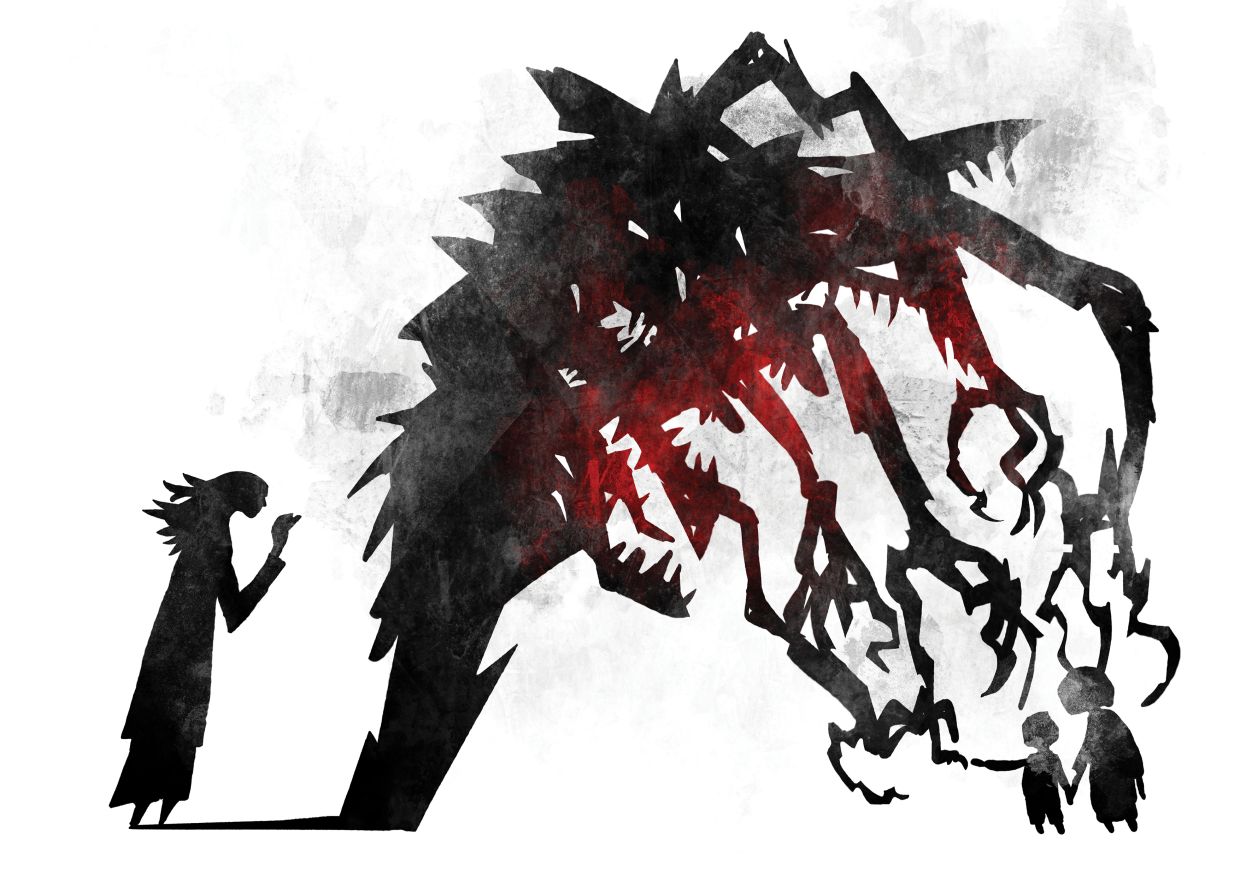 “These stories would be by people who went around, trying to find out the so-called truth behind these legends and myths. At the end of the day, you still wouldn’t know if the story was true or a fabrication.”

Five issues of Evening Rumours have been planned. Two have been printed so far, with the first issue published in 2017, and the second issue in 2019.

Story titles such as Corpses Of Macabre Island and Legends Of Selat Tebrau give a hint about the themes in these books. There are also advertisements and event announcements... of course, they are more unusual than the ones found in regular newspapers.

This format allows Faezal to pay tribute to comic strips, which have a long history in newspapers.

Batu Belah: The Untold Story, a stand-alone spin-off of Evening Rumours, was published in January.

Faezal reveals this Batu Belah book started after he spoke to Arkadia, a writer based in Selangor. She had an idea in retelling this classic tale, which was perfect for the series. Faezal views 'Batu Belah' as a standalone book in relation to his 'Evening Rumours' series. Photo: The Star/Low Lay Phon

Initially, the story was going to be part of the Evening Rumours series, however, Faezal felt it could stand on its own, with the help of a new storytelling approach.

“I always loved folk tales, especially local ones. We have a lot of violent and dark ones to begin with. Some do not feel complete to me, ” says Arkadia, 40.

“I always wondered how a seemingly devoted mother could abandon her two kids? In this story, I connected the dots. Maybe not the most plausible ‘dots’, but interesting nonetheless. I would love to ‘connect the dots’ to many more folk tales in the future, ” she adds.

The rock of ages

The Batu Belah story was inspired by modern fairy tale retellings such as the Disney film Maleficent, which is a version of Sleeping Beauty seen from the villain’s point of view, and Snow Glass Apples, a short story by Neil Gaiman about a dark version of Snow White.

Before the pandemic outbreak, the response to Evening Rumours and Batu Belah: The Untold Story had been positive, reveals Faezal.

Dealing with the extended MCO, he adds, has been difficult since he had his publication schedule plans for 2020 disrupted. Everything has been put on hold at the moment.

Faezal also used to run, cycle or swim at least three times a week. Now, he has to keep himself content with indoor exercises.

“The MCO experience has been very challenging to my creative psyche. Although I work mainly at home or in a studio, I enjoy my breaks. I like moving around, or going out to my favourite coffee shops just to drink or sometimes work. I miss going to the cinema and bookstores, ” says Faezal, who is married with a 12-year-old daughter. 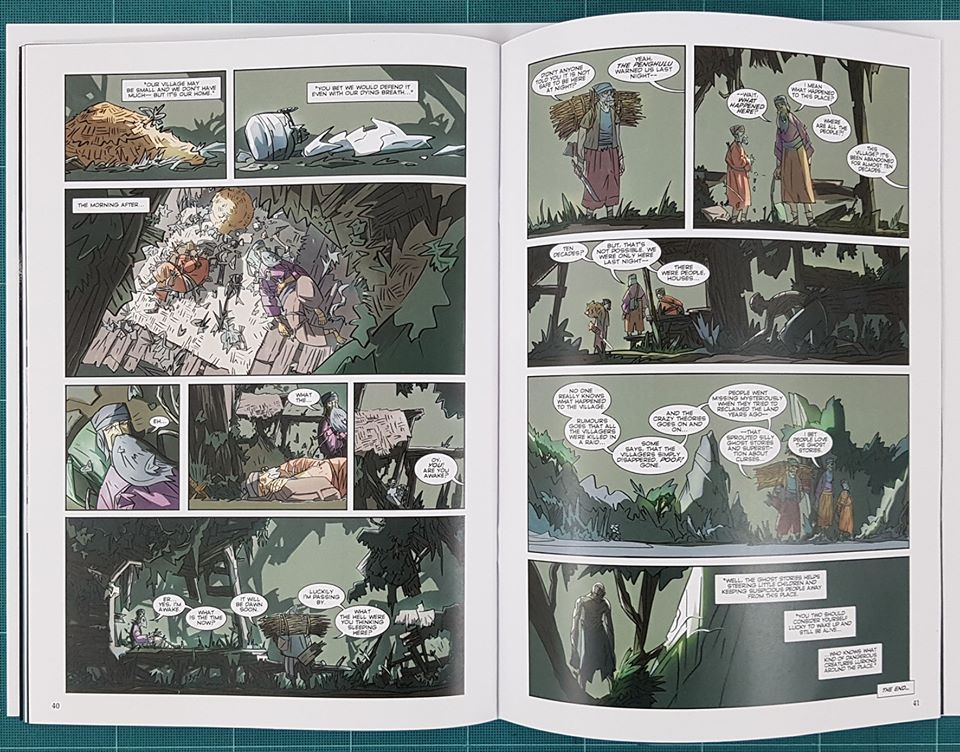 'Batu Belah' is a Malay folk tale adaptation has opened up new possibilities for Faezal to tap into local stories and myths. Photo: Faezal Tan

“A big part of my creative process is to go out and find inspiration out there in the real world and talk or observe real people. With the MCO, I find it difficult to keep my creative mind fresh.”

Faezal, who also holds workshops and talks on digital art and media, is also finding ways to get financial support.

To him, the current government aid and relief package, driven by cultural agency Cendana, for people in arts and culture, is timely, but it shouldn’t be a token gesture.

“I would like to see more support for our creative industry.

“This aid shouldn’t be a one-off effort. In the coming months, artists and creative people will need a meaningful support programme.”

Thankfully, work is never something that stops for Faezal, and he is grateful for that.

At present, he is finalising the next issue of Evening Rumours (scheduled for July), and touching up illustrations for an untitled book (also due in July). He is also working on a new book for Evening Rumours Presents (due in December) and will be participating in the Singapore and Malaysia Virtual Fan Festival 2020 next month.

Malaysia, he notes, is full of promising comic talents, and he hopes to see more exciting new generation works.

“We have a thriving small scene, but there are also struggling artists. Such is the contradiction. The (independent) comics scene is not an industry yet, because you can’t sustain yourself on just making comics alone.

“But there are many passionate people working on their own projects, and coming out with their own books. That’s really amazing, the (comic book) scene is resilient, and that's important to keep things moving,” says Faezal.

Batu Belah: The Untold Story, priced at RM25, can be ordered through Faezal Tan's Facebook or Instagram. Email: faezaltan@gmail.com. 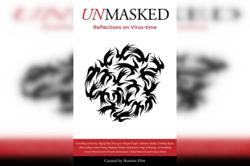