A close-up image of a Labour Day-inspired woodcut from Pangrok Sulap which was exhibited in Hong Kong last year. Photo: Pangrok Sulap

If you consider the social turmoil, societal inequalities and economic hardships, which have been exacerbated by the pandemic, this Labour Day might be a good time to revisit how some Malaysian artists - through the generations - have portrayed workers and labour in art.

Social realism, a fairly distant art movement (to most Malaysians) that drew attention to the grim socio-political conditions between the two World Wars, hasn't exactly been making a comeback among the new generation artists here. The idea of being such a genre-specific breed of artist hasn't taken a firm hold.

But the times are changing.

A handful of today's artists, including the Pangrok Sulap collective and art activist Fahmi Reza, have used their art to offer hope and also highlight the worsening conditions of the everyday working classes, and migrant communities.

Here is a small sample of Malaysian art produced on the labour theme. 1. Sabah-based art collective Pangrok Sulap might be occupied with daily Covid-19 PSA posters, but it didn't forget to roll out a Labour Day artwork, previously exhibited in a Hong Kong show titled 'Unfolding Fabric Of Our Life' in 2019. A simple note saying: 'Keep strong and stay safe' accompanies the Facebook message for this woodcut print, featuring a Malaysian farming community hard at work. Photo: Pangrok Sulap 2. Fahmi Reza, who leapt into PSA action with his punk-inspired Covid-19 poster designs in early March, presents a Labour Day 2020 tribute with a topical pandemic message. On his Facebook the artist urges for solidarity with workers and their rights to be upheld, especially with a post-MCO employment climate of unlawful pay cuts and job terminations looming. Photo: Fahmi Reza 3. Do you know who cuts your grass? Does he have a name? Looking past the working class narrative, Wong Hoy Cheong's haunting portrait of 'Rajun, Gardener' (1996) also offers a conversation on ethnicity, identity and belonging. The issue of migrant worker rights is also a timely discussion in these racially-charged days in Malaysia. This work from Chong's 1996 solo show 'Of Migrants And Rubber Trees'. Photo: Wong Hoy Cheong 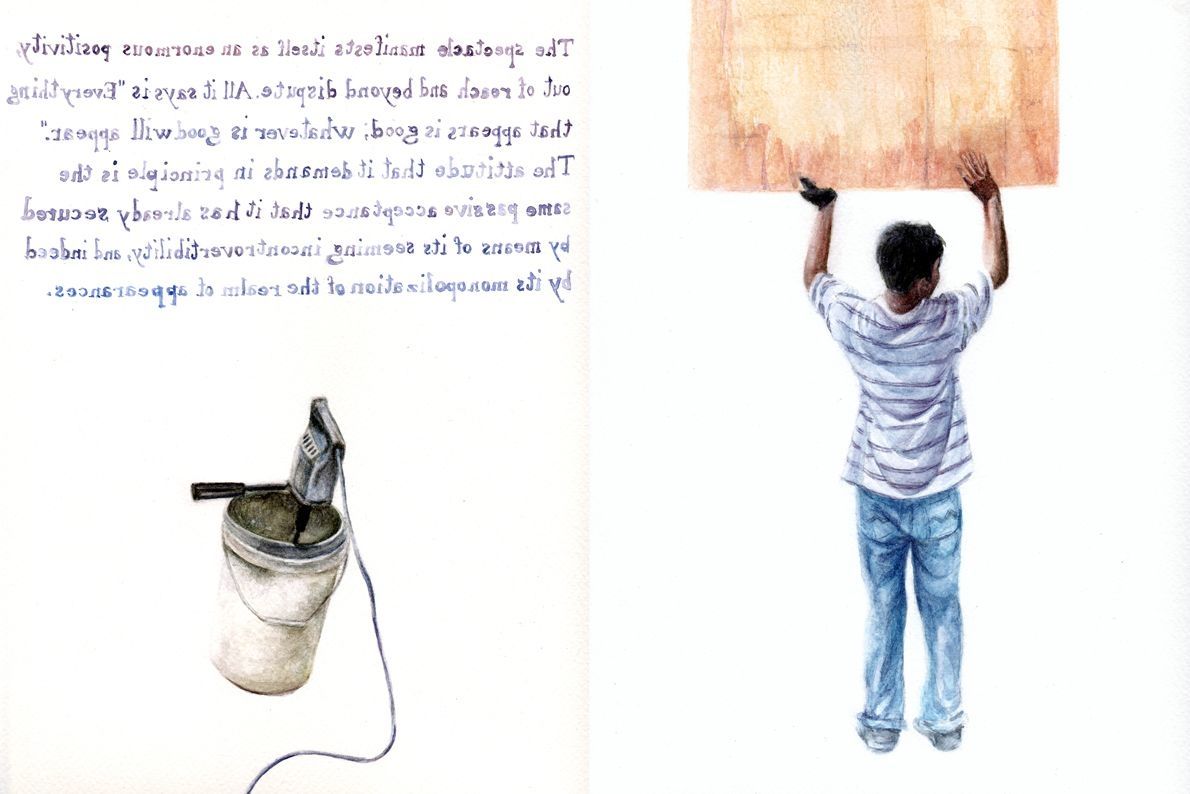 4. Art activist Poodien has a knack for engaging the masses in matters about art and issues. His 'The Lonely Crowd' (2013) series was initially created for the Art Tandas public art project in KL. These watercolour on paper pieces reflect images of construction workers, their tools and feature excerpts from French Marxist theorist Guy Debord’s 'Society Of Spectacle' hand-painted in mirror image. Photo: Filepic 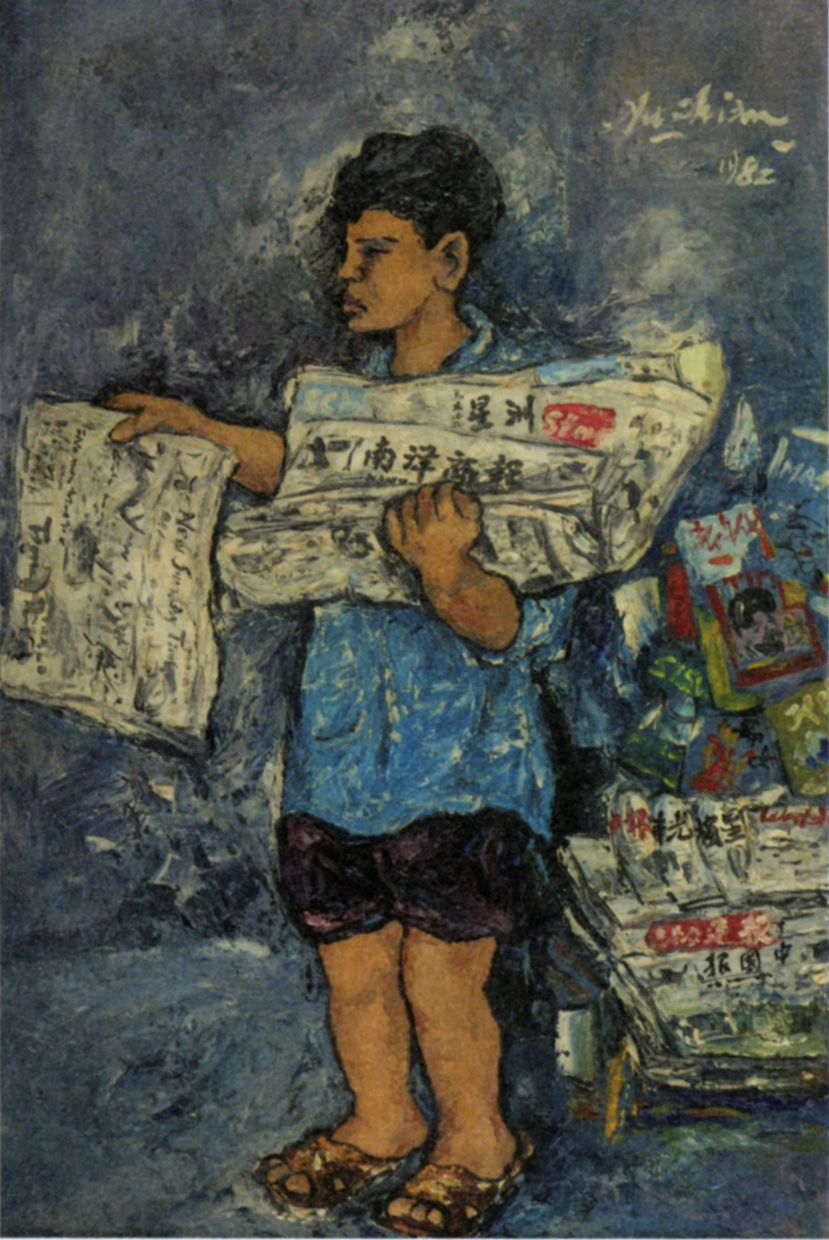 5. Legendary French-trained painter Chia Yu Chian might be known for more famous works, but his 'Newspaper Seller' (oil on board, 1982) is an example of his keen eye in documenting workers - young and old - making a living in KL. His 'Ngan Yin Groundnuts Factory, Kampar' series (1981), featuring women factory workers, is also a work to investigate. Photo: Ilham Gallery 6. Watercolour artist Chow Chin Chuan might be known as the man who paints bicycles. In an indirect way, Chow is also an observer of the realities of communities that rely on bicycles to make ends meet. Chow's 2011 work 'Recycle Morning' features an arresting composition of two men resting amid their rounds of collecting recyclable items. Photo: Filepic

7. From Chinese new village communities to migrant communities at the local mosques, Beijing-trained artist Gan Chin Lee paints expressive and colourful figurative settings, and most of them depict social issues. This work is titled 'Breadwinner' (oil on linen, 2014-15), showing workers at an palm oil estate. Palm oil production is vital for the economy of Malaysia, and has been built on the backs of the migrant workforce. Photo: Filepic 8. One of the earliest painting series featuring everyday Malaysians at work was done by legendary artist Datuk Hoessein Enas. His 'Dulang Washer' work from the 'Malaysians' commemorative book issued by the Shell Group in 1963 is one of several portraits of people seen across the new nation called Malaysia back then. Dulang washers were a migrant Chinese female workforce seen at the tin mines in Kinta Valley (Perak) and parts of Negri Sembilan. The book also features police personnel, road builders, rubber tappers, tea pickers, fishermen, pineapple growers, nurses, oil drillers and more. Photo: Filepic

Labour Day: Home is where the work is for this Malaysian 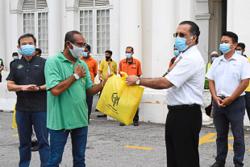