Covid-19: How the art world is taking on the virus

An artist prepares his graffiti with the inscription "The Corona Virus Is A Wake Up Call And Our Chance To Build A New And Loving Society" on a wall in the slaughterhouse district in Munich, Germany. Photo: AFP

There has been no shortage of artistic expressions worldwide as muralists, artists, bystanders and mischief makers try to make sense of the Covid-19 pandemic.

Be it heartfelt wall art tributes to overworked hospital staff, irreverent depictions of Hollywood films on a street corner or graffiti made to repel racism in these highly-charged times, it looks like art is never far from the frontlines.

Here are some examples of art making a statement - and giving hope - in these difficult days. 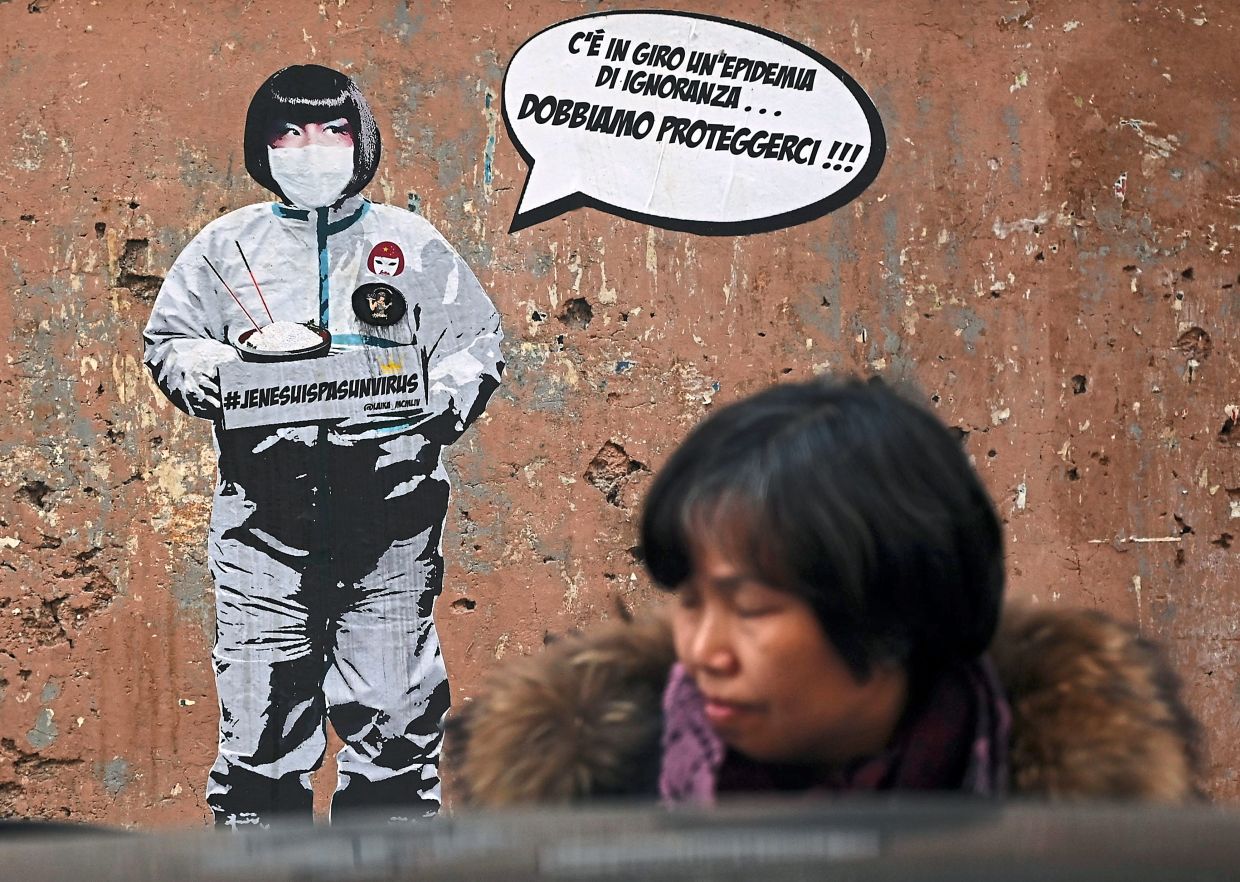 2. Here's a mural by Italian street artist Laika, which features Sonia, the owner of the Hang Zhou restaurant in the Esquilino district, best known as the Chinatown of Rome. The mural tackles the ignorance and xenophobia surrounding Covid-19. Sonia, dressed in white surgical costume and face mask, has a speech bubble which reads (in Italian): "There's an epidemic of ignorance going around... we must protect ourselves!" Photo: AFP 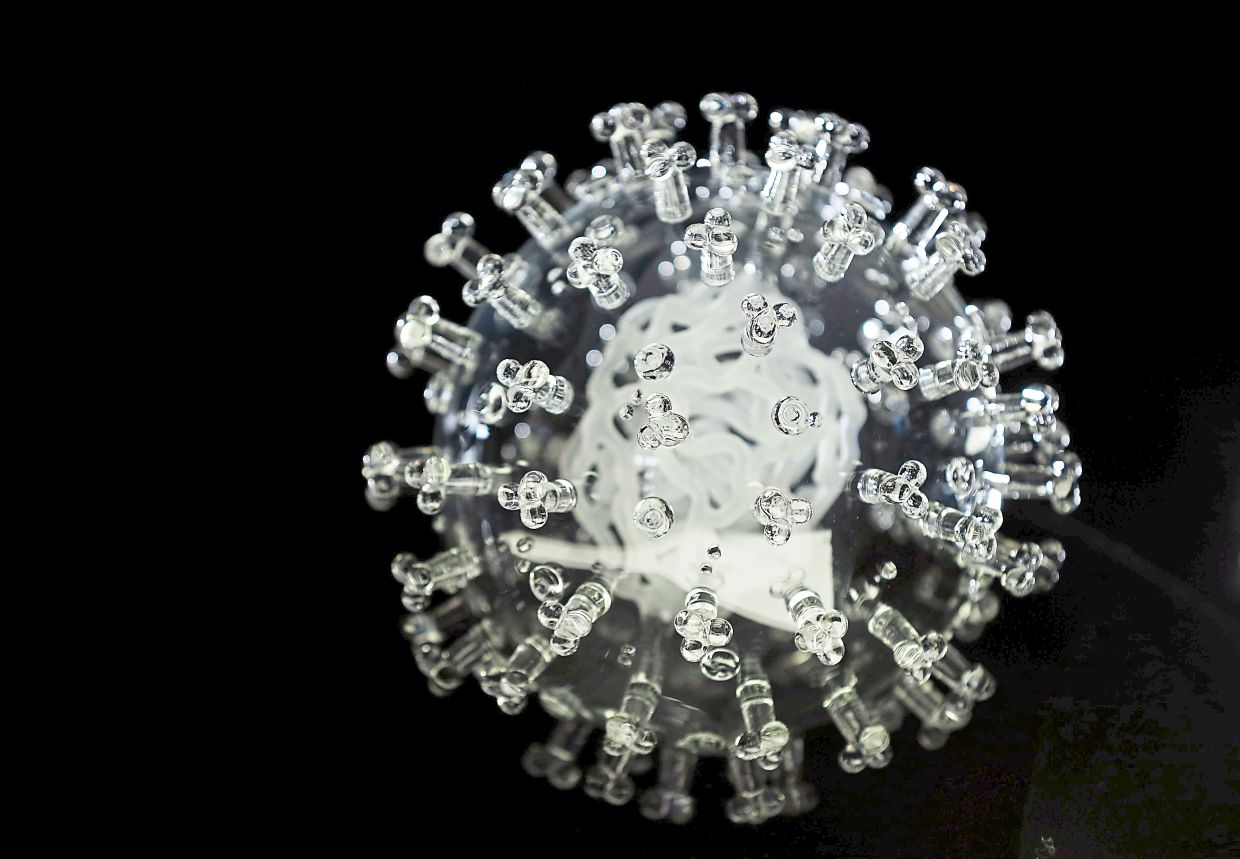 3. A glass sculpture entitled Coronavirus - Covid-19 created by British artist Luke Jerram is seen at his studio in Bristol, southwest of England. Jerram created this glass sculpture in tribute to the huge global scientific and medical effort to combat the pandemic. Made in glass, at 23cm in diameter, it is one million times larger than the actual virus. Photo: AFP 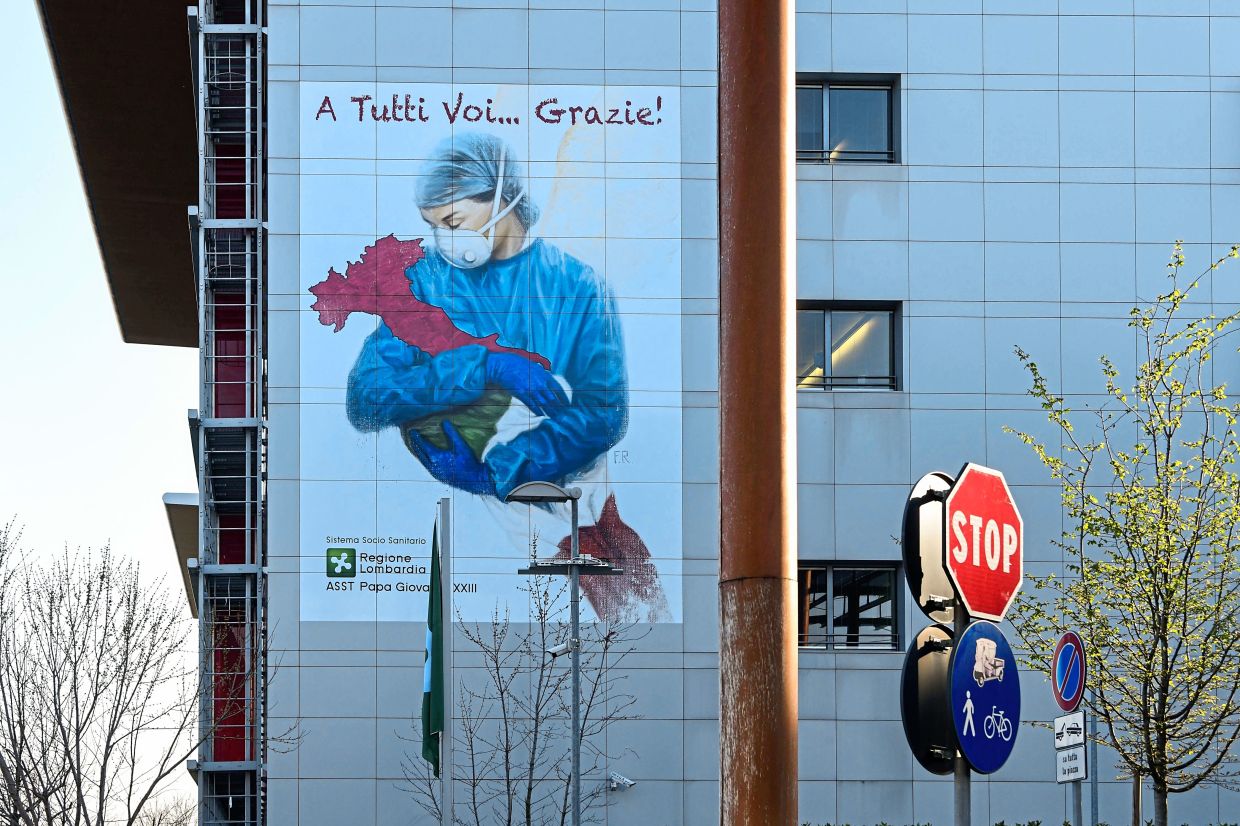 4. A mural by Venice-born artist Franco Rivolli pays tribute to the heroic hospital staff in his country. It depicts a nurse wearing a face mask, with wings behind her back and cradling Italy. It can be found on a wall of the Papa Giovanni XXIII Hospital in Bergamo, Lombardy in Italy. Photo: AFP 5. It wouldn't be art without mischief. A police officer removes a protective face mask placed over the statue of famous Japanese dog Hachiko, next to a volunteer distributing masks, at Shibuya station in Tokyo. Photo: Reuters 6. Inspired by the global scare over Covid-19, Croatian fashion designer Zoran Aragovic launched his own "cheerful" collection of Pop Art-inspired virus masks. They offer no protection against the disease which continues to spread around the world but that has not put off buyers. 7. Public art can be a part of the conversation. Here a man wearing protective mask walks past a statue also with masks on, following an outbreak of Covid-19 in Daegu, South Korea. Photo: Reuters 8. A woman wearing a protective face mask walks past an installation of a masked squirrel in Almaty, Kazakhstan. The Kazakhstan squirrel was designed to symbolise nature's evolution from rural to urban life, and in particular to symbolise life in Almaty. Photo: Reuters 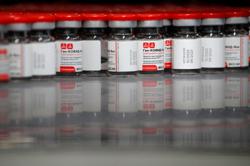