Popular performing arts venue KLPac will be shut until March 31. Several other major arts venues in Malaysia have also announced shutdowns in line with the Government's restrictive movement order to contain the Covid-19 pandemic. Photo: KLPac

Malaysian performing arts and theatre venues will take a big hit when the Government’s restricted movement order to contain the Covid-19 outbreak comes into effect on March 18.

Major performing arts venue the Kuala Lumpur Performing Arts Centre (KLPac) will be shutting its doors for the first time since it opened in 2005.

In a Facebook post, Joe Hasham, KLPac’s artistic director/co-founder said: “KLPac, TAS (The Actors Studio), and PenangPac regret to announce the immediate cancellation of all activities until the end of this month.”

“In this challenging time we are deeply saddened, but we are cognisant that our first priority must always be the safety and well-being of our patrons, our employees, both full time and freelancers, and to the greater community at large.

“Our hearts go out to all the other theatre groups and freelance practitioners who, unfortunately, do not have the wherewithal to combat this present crisis, ” he added.

Five events scheduled in March/April at KLPac have been postponed, including the concert Yesterday Once More 3, children's show Music In The Jungle and dance show Dancebox. A later date for these shows will be announced.

Sutra Foundation, which operates Sutra Dance Theatre and Sutra Gallery, has also announced the postponement of all its public programmes and collaborations in March and April. 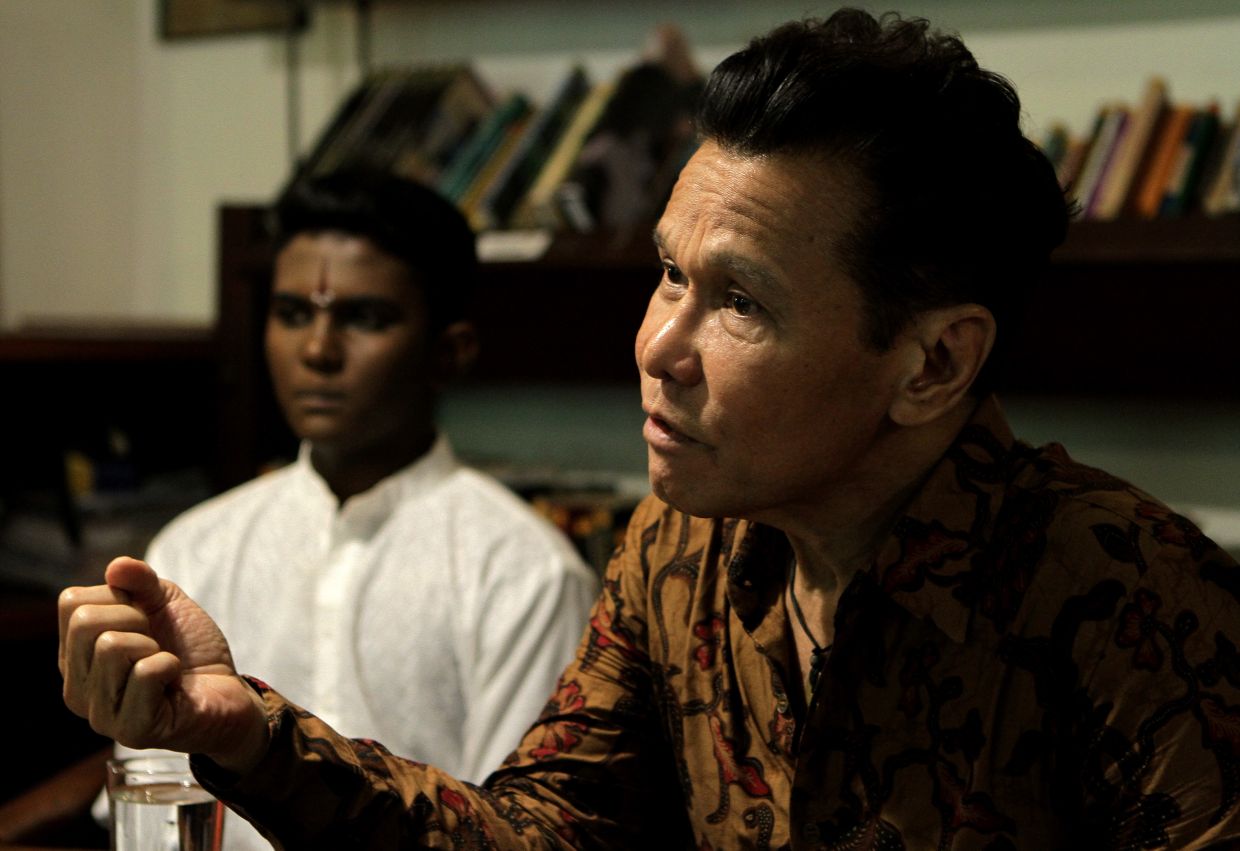 'In these uncertain times we are deeply saddened, but cognisant that our first priority must always be the safety and well-being of our patrons, staff and dancers and also the greater community at large,' says Sutra Foundation's chairman and artistic director Datuk Ramli Ibrahim. Photo: Filepic

"Artists who have committed time and money to events which have to be postponed are one of the hardest hit by this global pandemic. To Sutra’s patrons and sponsors, who have most kindly donated to our coming productions, we thank you for your caring generosity. Be assured, the events are postponed temporarily and not cancelled," said Datuk Ramli Ibrahim, Sutra Foundation artistic director and chairman.

Damansara Performing Arts Centre (DPAC) will remain closed till the end of April. DPAC had already postponed or cancelled several shows, including Reflections By Hands Percussion and French circus show Gasp, which was part of this year’s Le French Festival.

"Having to shut down is hitting us hard. While we stage our own productions, the fact is our main income typically relies on venue rentals. This year seemed like it could be a strong year. Now, we are making hard losses and struggling to keep things going. Total monthly salary, utilities, maintenance and others comes up to RM85,000 for DPAC," said Datin Jane Lew Siew Ting, DPAC's founder.

This month, DPAC had to write-off its line-up of four production companies (with a total of eight shows affected). Next month, it was set to host five companies and a total of 12 shows, now all cancelled.

DPAC is expected to lose an audience of more than 4,000 theatregoers in this period.

Istana Budaya, which has six shows in March and April postponed, will see its early 2020 season disrupted.

This list includes the April show Sleeping Beauty by St Petersburg Theatre Russian Ballet. It is estimated that Istana Budaya will lose nearly 20,000 visitors in this period. To date, there has been no word on the status of international theatre show Matilda - The Musical which is set to play at Istana Budaya in June. 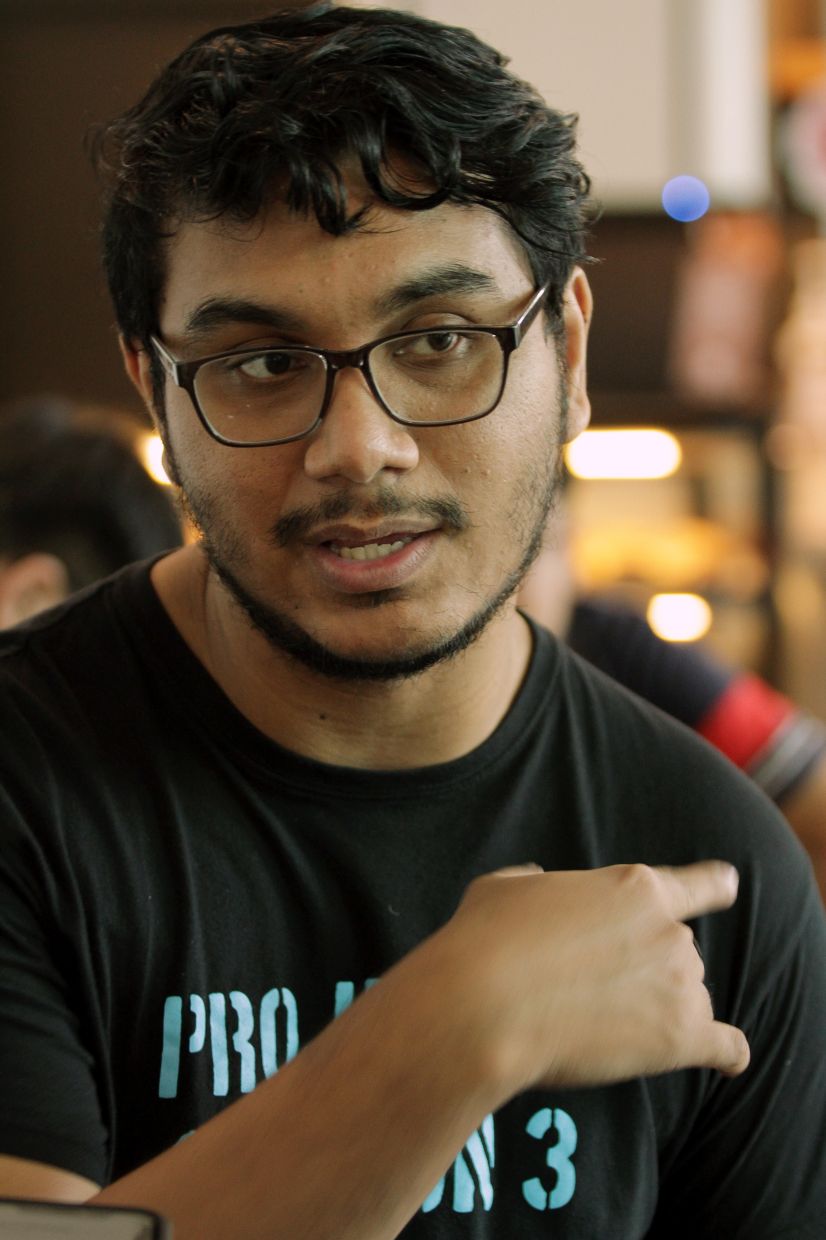 Khairi Anwar, artistic director of Anomalist Production, says the restricted movement order will have a direct impact on freelancers who work from pay cheque to pay cheque. Photo: Filepic

Among PJLA's postponed events are the comedy shows Phoon Chi Ho Is Creepy Again, which has been moved to July, and Allan Perera: Highly Contagious, which will be held at a later date.

“Financially, we are going to be affected. We are going to talk to (landlord) Jaya One to see what maybe can be done. We can only hope this will get better in the next two weeks, ” says Suresh.

Another affected place is Selangor-based arts centre Rimbun Dahan, most known for offering arts residencies for both local and international artists.

“We also had an exhibition planned, but that will have to be postponed, ” said Xeem.

Besides major venues, indie theatre companies are also affected by the government’s order. Shah Alam-based theatre outfit Anomalist Production, which just ended its first production of the year last Sunday, had to postpone its next show, slated to be staged in April at Five Arts Centre’s Kotak space.

“The postponement has affected Anomalist in terms of our scheduling because we have five main shows, and a few smaller productions. So when we postponed one main production (Saving Ismat) to a much later date, it affects all other shows, ” said Khairi Anwar, Anomalist’s co-founder. 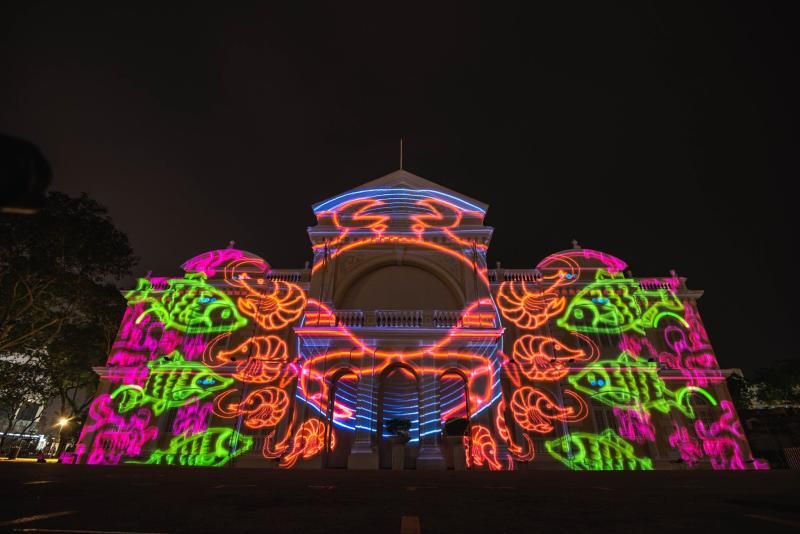 He says that although Anomalist will not be burdened with a big financial loss, the restricted movement order will have a direct impact on freelancers.

“They depend on theatre productions and other creative platforms as their bread and butter. It affects them badly now as they will have no income from their freelancing work for these two weeks, and if the situation worsens, it will be very hard for them," said Khairi.

On March 12, the annual George Town Festival (GTF), that turns the island state of Penang into an international arts hub, was cancelled, together with the George Town Heritage Celebrations (GTHC).

Both events were originally scheduled to be held in July this year to celebrate the 12th anniversary of George Town as a Unesco World Heritage Site.

"We believe that prevention is the best solution, social distancing is critical to prevent the spread of Covid-19," said Yeoh Soon Hin, the Penang State Exco for Tourism, Arts, Culture and Heritage, in a press statement.

He admitted that tracing the travel history of all the participants, both local and international, and the festival and celebration-goers would be difficult.

"Therefore, we have to cancel these events to ensure the well-being and safety of everyone," stressed Yeoh.

According to Bilqis Hijjas, president of MyDance Alliance, one of the worst things about the Covid-19 situation is the high degree of uncertainty. Not only did her group have to cancel present events, but it is now also difficult to plan for the future.

One of their affected projects was The Stance, an award-winning dance and sound performance by Australian choreographer Liesel Zink, to be produced by Rimbun Dahan for the George Town Festival. The recent situation caused the event's funders, who were going to provide a budget of RM50,000, to withdraw.

This not only means a loss of an acclaimed show for the public, but also deprived local dance students and dancers of the opportunity to work with a renowned choreographer.

“Many arts projects are planned up to a year in advance. So many projects that have been in the works for the past 12 months now can't go on, and many future ones are up in the air,” said Bilqis.

“It's expected that major disruptions were going to happen. But hopefully we reach a position of greater clarity soon. We hope that we will receive clear information from the authorities on this situation,” she added.